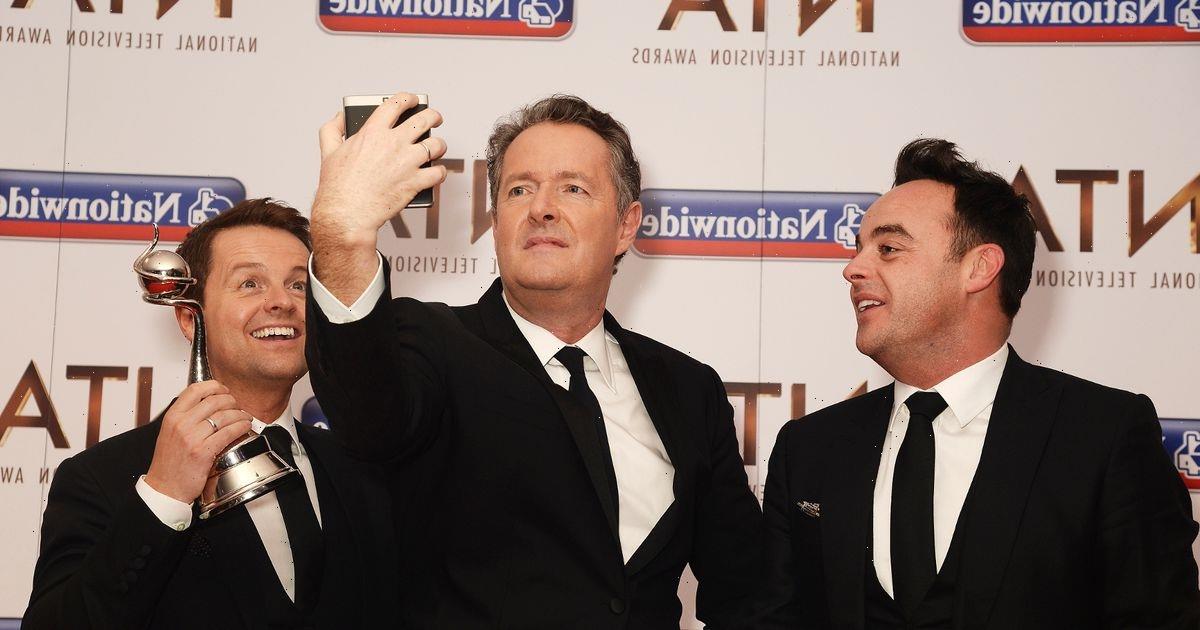 The gobby former Good Morning Britain host is up against the pair for the Best Presenter gong.

But he reckons they have done “nothing special” in the past year to make it into the record books with a 20th win in a row.

Piers, 56, said: “I deserve to win because everyone’s sick and tired of the annual procession of Ant and Dec automatically winning this award, which bears no ­relation to reality – they have done ­nothing special in the last year, even they would admit that.

“I think it’s time that the procession came to a shuddering halt and the Morgan bandwagon was rewarded with glory. Just imagine the miserable expressions on the faces of those two.

“And if they not only don’t win for the 20th consecutive bloody year… but actually have to see me trotting up and raising the award… you may have to have a ­medical team on standby to race in and make sure they’re OK.

As well as Ant and Dec, both 45, Piers is up against This Morning hosts Holly Willoughby, 40, and Alison Hammond, 46, and The Chase’s Bradley Walsh, 61.

Piers was nominated after propelling Good Morning Britain to its highest-ever ratings and making the show one of the most talked-about on the telly.

He sensationally quit after receiving a record number of Ofcom complaints for his rant on disbelieving Meghan Markle.

Last week he was cleared by the watchdog of any wrongdoing after they said his comments about her interview with Oprah Winfrey, did not breach the broadcasting code.

Piers has added that a victory at the NTAs would “absolutely” be the icing on the cake.

He said: “It will obviously be awkward for the ITV bosses if I ended up being voted presenter of the year.

“I’ve already had the number one best-selling book. If I was to then get TV presenter of the year as well in the aftermath of what happened, I think that would be ‘hashtag awks’, as they say in younger circles. Can you imagine how funny my speech is going to be if I beat Ant and Dec?

“I don’t know how long the show is, but there is a lot to get off my chest.”