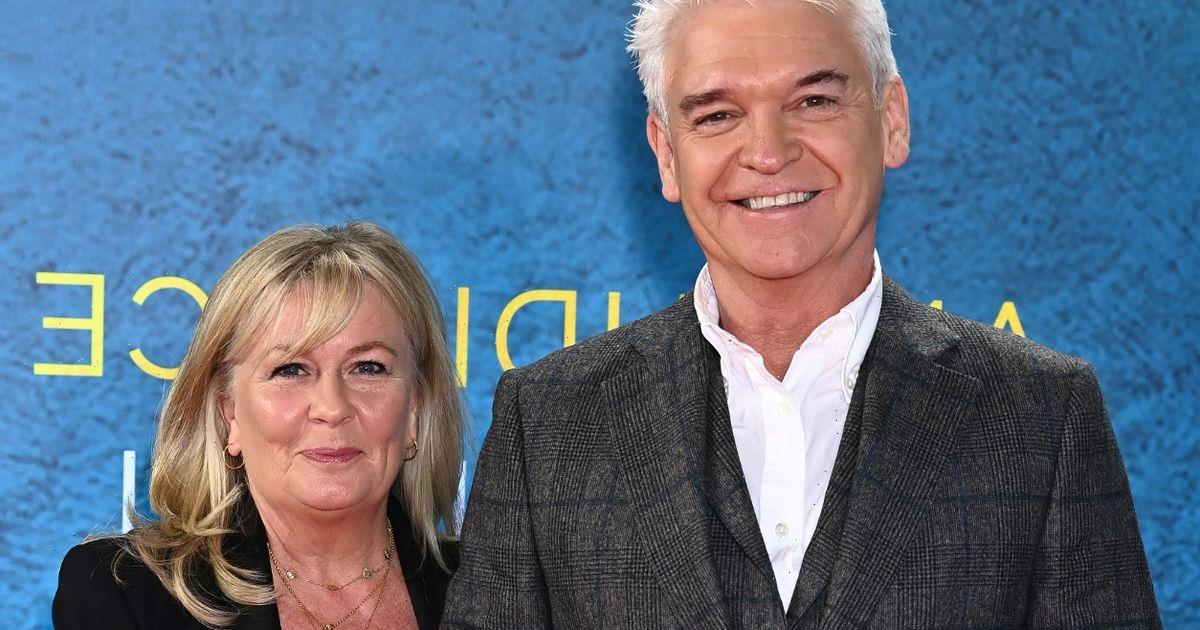 This Morning presenter Phillip Schofield has reunited with his wife Steph, as the pair headed to the star-studded Adele concert on Saturday night.

Stepping out in the capital, the silver fox looked swish as he attended the hotly-anticipated event with his wife.

The couple looked glamorous as they attended the event, which took place in London.

Attended by an abundance of famous faces, the pair were glowing as they posed for the paparazzi on the red carpet while arriving at the London Palladium.

Phillip and his wife were reunited and looking happier than ever, despite their marriage breaking down after Phil came out as gay.

Stephanie looked swish as she donned a black suit and heels, while Phil dressed in a dark check three-piece suit.

Back in February 2020, Phil revealed that he was gay in a statement that he shared on Instagram.

The statement read: "You never know what’s going on in someone’s seemingly perfect life, what issues they are struggling with, or the state of their wellbeing – and so you won’t know what has been consuming me for the last few years.

"With the strength and support of my wife and my daughters, I have been have been coming to terms with the fact that I am gay."

He then touched upon the conversations had with his wife and two daughters, saying that it had "caused many heart-breaking conversations at home", before continuing: "I have been married to Steph for nearly 27 years."

Phil continued: "My family have held me so close; they have tried to cheer me up, to smother me with kindness and love, despite their own confusion. Yet still I can’t sleep and there have been some very dark moments."

Stephanie has supported her husband throughout everything, and when he came out, he said in the statement: "Steph has been incredible – I love her so very much. She is the kindest soul I have ever met."

This comes as Phillip shared a sweet snap on Instagram with Catherine O'Hara from TV series Schitt's Creek.

Posting the selfie on social media, he penned: "That’s it then, life is complete! I’ve spent an evening with Catherine O’Hara and she’s so so lovely."

Phil's meeting with the Schitt's Creek star came days after meeting Dan Levy, another star from the TV programme.

Posting a selfie he penned: "And then Tuesday @instadanjlevy who was everything we hoped he’d be."