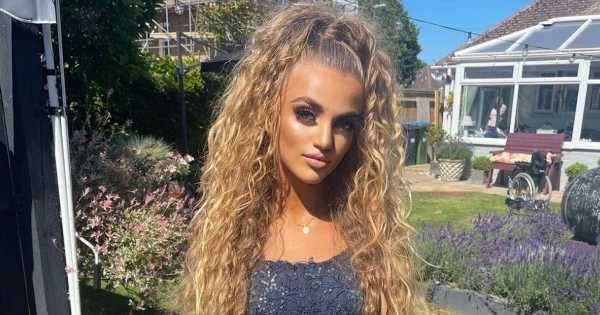 Singer Peter Andre has admitted to feeling emotional regarding his daughter Princess' attendance at star-studded events and exclusively told Daily Star she is "growing up way too fast".

Talking candidly on the purple carpet, Peter, who previously said that it would "be first and last time" Princess would be glammed up said he was happy for her to attend the charity bash.

Last week, Princess hit headlines after she received backlash for her use of makeup.

The 15 year old was recently a bridesmaid at her aunt Sophie’s wedding and after posting a photo of herself on social media dressed up for the special occasion she received comments that she "didn’t need" to wear so much make-up and that she was a "natural beauty".

However, Princess hit back and said: "All these comments about makeup. It was a wedding. But I do appreciate the people being nice."

But this isn't the first time Princess hit headlines regarding her makeup use.

In 2010, Peter took a swipe at his ex-wife Katie Price after she shared a picture of Princess wearing full makeup with her curly hair straightened at the age of 3.

Lashing out at the time, he said: "It's a young girl with false eyelashes, full makeup for the whole world to see. To be honest I'm disgusted with it – I don't want to see that."

In 2015, Katie received backlash from fans once again when Princess wore makeup and applied filters to a snap.

But in a video, Princess made it clear to fans that it was her choice to do so.

The youngster said: "By the way, I wanna do my makeup. Not my mum, I do," said Princess. "And anyway, it's none of your beeswax, so oosh!"