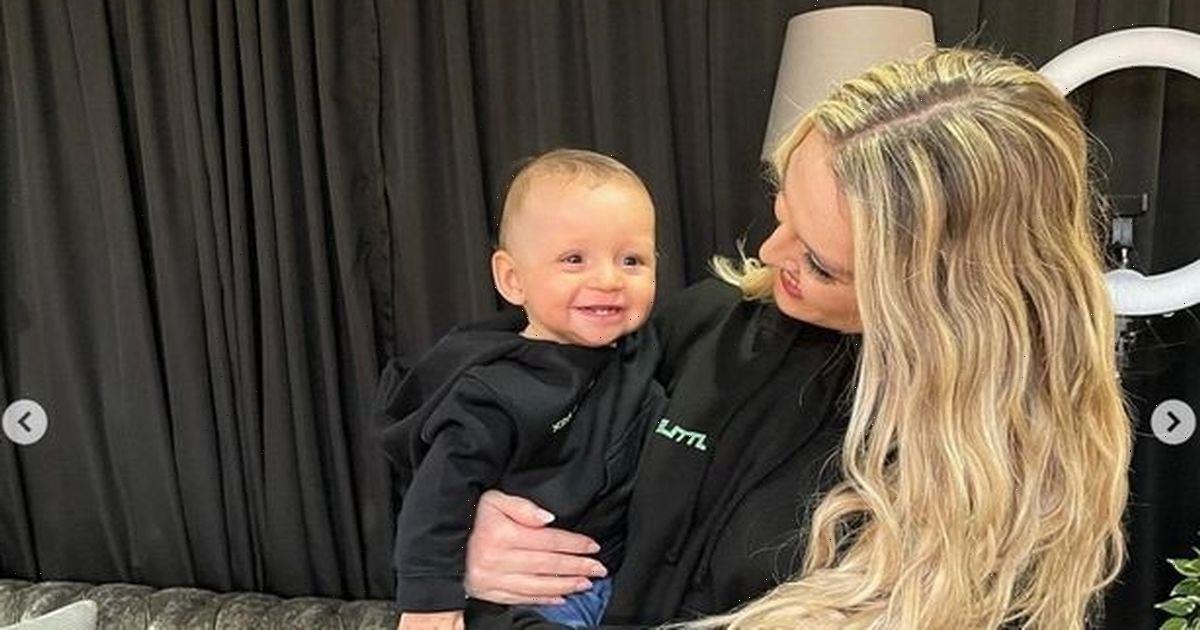 Perrie Edwards has shared an adorable clip of her son Axel dancing along as he watched his mother perform on their final Little Mix tour.

The singer, 28, took to Instagram on Saturday (April 16) to share some adorable behind-the-scenes snaps of her with the tot while the epic girl group start the first leg of their UK tour.

Her little man – who she shares with boyfriend Alex Oxlade-Chamberlain – could be seen wearing a miniature version of her tracksuit with a picture of Little Mix on the back.

She captioned the memorable moment: “We were in matching Little Mix tracksuits but in true baby style he s**t everywhere. But here we are! Watching his first ever show.” In the carousel of images, the little one could be seen beaming with his loving mum backstage, while another showed him wearing his mother’s band merchandise with pride ahead of watching his first show.

But it was the clip of the babe clapping his hands along to the performance that stole the hearts of her 14.6million followers online.

Bandmates Jade Thirlwall and Leigh-Anne Pinnock were quick to comment on the adorable post as one wrote: “Too MUCHHHHHHH” while the other added: “Such a dream [heart eyes emoji].” The sweet moment comes after Perrie showed off her taught abs at the opening night of Wicked at the Apollo Victoria Theatre in London.

She attended the even to celebrate the new cast of the beloved stage play in an outfit that showed off her mind-blowing post-baby body just seven months after she welcomed her son.

The blonde bombshell was seen wearing a dark khaki green long-sleeved crop top which featured keyhole detailing that she teamed with a pair of matching baggy drawstring trousers. Perrie styled her long blonde tresses in loose beachy waves and accessorised the look with her signature nose piercing along with a pair of black chunky boots to elevate her cool and casual ensemble.

In a recent interview, the star advised her doting fans to let go of their “hang-ups” after she confessed to feeling “insecure” in herself when she was younger.

She told Glamour magazine: “It sounds cheesy, but always try and look within and find the parts of yourself that you like, and that you believe in.

“You have to find the ambition and the confidence and the power within yourself. It has to come from within. So, know that you’re one of a kind, you’re different, and there is nobody in the world like you – and find your power in that.

“Let’s focus on the positives instead. Let’s not waste this one life we have on this earth worrying about silly hang-ups that we can’t change. And why should we change them? They’re part of what makes us unique. And that’s out power.”