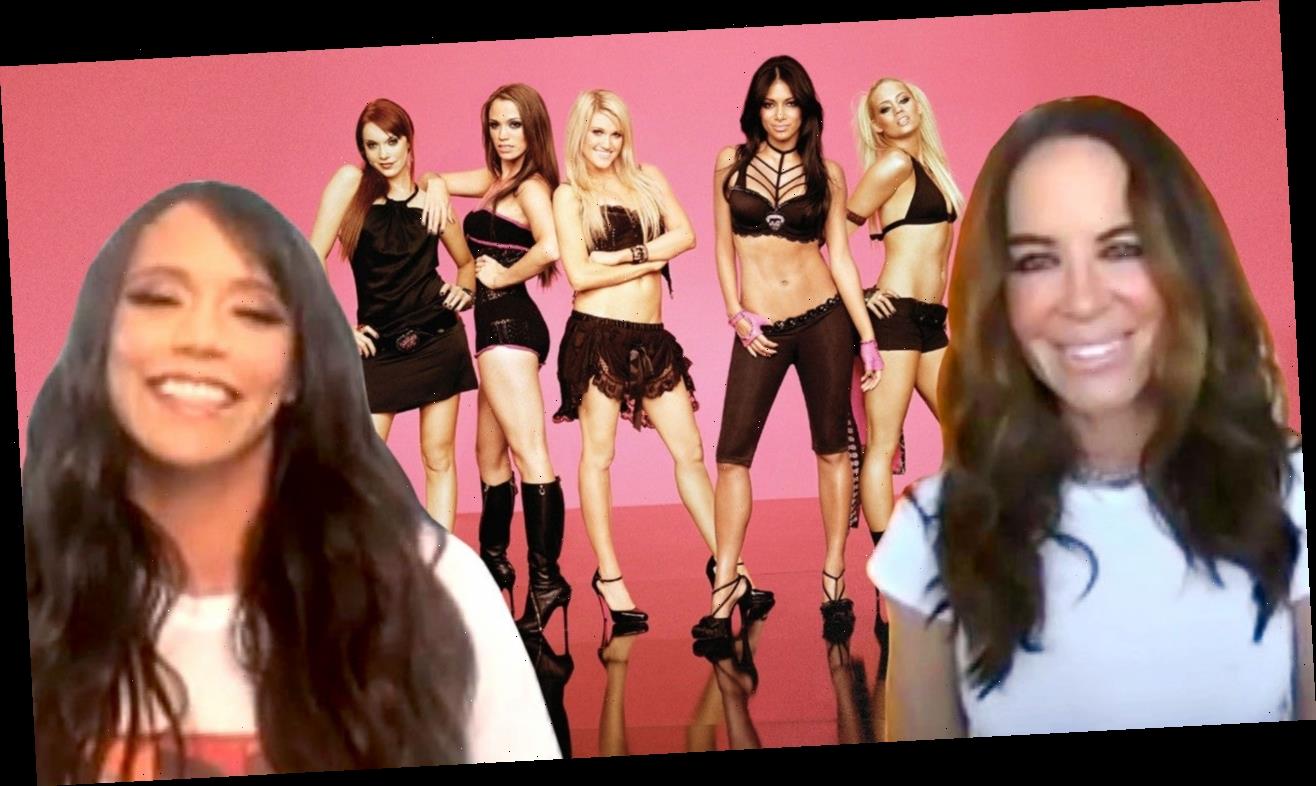 The Pussycat Dolls are gearing up for an epic 2021.

The supergroup, which includes Carmit Bachar, Ashley Roberts, Nicole Scherzinger, Jessica Sutta and Kimberly Wyatt, reunited at the end of 2019 for the first time in a decade to drop the sultry single “React” and announce plans to hit the road.

In a new exclusive interview with ET, singer Sutta and creator Robin Antin confirm the powerhouse band’s plans to release more new music and resume their 2020 tour plans, which got sidelined as a result of the pandemic.

“As of right now, we are all very much together,” Antin tells ET when asked about the current status of the band. “We’ve just been staying in touch every day, staying with each other, holding on to each other as hard as we can, but we can’t give a specific date because it’s like we’d be making it up if we were giving the actual date of when we’re going back out on the road.”

Unpredictability aside, Antin and Sutta confirm the tour will happen. “Every day I wake up and I’m just manifesting, ‘We are doing it this year!’ but I don’t know for sure. I don’t have those answers, but what I do know is the fact that The Dolls are all together, we are not going anywhere, we all are going to move forward into the next phase of the reunion, that’s a fact,” Antin states, confidently. Sutta chimes in to express a similar sentiment, gushing, “We’re all so excited! We love each other, we have such a great relationship and we can’t wait to tour the world again together.”

When it comes to new music, Antin assures Pussycat Dolls fans that the group will “definitely have new music, for sure.” The Los Angeles native tells ET that a new album is “inevitable, because all the girls are true artists, all the girls are true singers and incredibly talented. Obviously our hits are gigantic hits, and of course we’re going to be [performing those songs on tour], but we’re going to be adding new music and it’s already in the works.”

The release of “React” in February 2020 marked yet another milestone for the band: their first new single in over a decade. The synthpop track, which was accompanied by perhaps the Pussycat Dolls’ sexiest music video yet (latex, water, fierce choreography – we need not say more!), was the only song they put out before the world went into lockdown — much to fans’ chagrin. When asked why they didn’t release a follow-up single, Sutta explains it was simply a geographical issue.

“I think it was the pandemic. Everything fell apart. Some of the girls live in the U.K. and most of us live in the U.S., and the safety of everyone getting together, and flying and everything, just precautions,” the Miami native shares. Antin agrees, adding that the members of PCD are navigating the challenge of living on different continents, which makes it tough to hit the recording studio together. “Ashley and Kim live in the U.K., Nicole is back and forth from [the U.S.] and into the U.K. and Jessica and Carmit are [in the U.S.] and I’m [in the U.S.]. So it is just more challenging to go into the studio and just start recording, and yet we are working it out. But that’s why, that is exactly why we weren’t able to just come out, bam, with another single right away… We’ve waited this long to be able to do a reunion. It’s OK, we can wait this long to come out with more music!” she quips.

One voice fans will not hear on the upcoming PCD project is former bandmate Melody Thornton’s, who is, instead, pursuing a solo career. When Thornton’s name is mentioned, Sutta wells up with tears.

“I got to say, I miss her. I want to cry. I respect her decision, and I think she’s an incredible artist. We had a psychic tell us a long time ago, we had a past life together. So, I have a connection to Melody that is just unbelievable, and I love her. I miss her. I wish she’d come back,” Sutta candidly admits. “There’s no bad blood, we adore her.”  It’s a sentiment Antin, who helped discover Thornton, echoes. “I feel the same way. I feel like there’s a connection that’s so special with her,” she says.

Antin even recalls the first time she met a then 17-year-old Thornton and the feeling of being blown away by her star power. “I remember saying, ‘I just found a girl! She’s like Christina Aguilera, but… she’s so unique. I’d never seen any girl like her.’ She wanted to go and move forward into her solo and do her own thing, which we all respect. Certainly, we all support her so much.” Still, Sutta and Antin reiterate the door is always “wide open” for Thornton, should she change her mind.

So, what can fans expect with this new iteration of PCD’s music? Sutta says, “I think you’re going to hear a lot of us singing. All my bandmates are incredibly talented, they have beautiful voices and I think it’s definitely time for them to shine.” Antin reveals that the band is also eyeing some exciting collaborations: Cardi B, Megan Thee Stallion and Karol G, who Antin is currently working with, are all on their wish list. She also gushes that she’d love to team up with Snoop Dogg again, following their 2006 smash collab, “Buttons.”

The Pussycat Dolls are celebrating personal milestones too. Sutta recently revealed exclusively to ET that she is due to deliver a baby boy in May — her first child with husband Mikey Marquart. The triple threat says she plans to hire a nurse, whom she will bring out on the road while she’s touring with her bandmates.

“I’m down to [perform with the Pussycat Dolls until] I’m 85!” she shares, smiling. “I think that as long as we can do it, if the fans want it, we want to give them what they want. If it wasn’t for the fans, we would not be who we are today, and we love them so, so much.” Antin echoes Sutta’s sentiments that she’s also in it for the long haul, telling ET, “It seems like we do have a massive light at the end of the tunnel with all of this stuff going on in our world. So, we’re here and we’re here to stay.”

The Pussycat Dolls Are Back! Behind the Scenes of New ‘React’ Video (Exclusive)