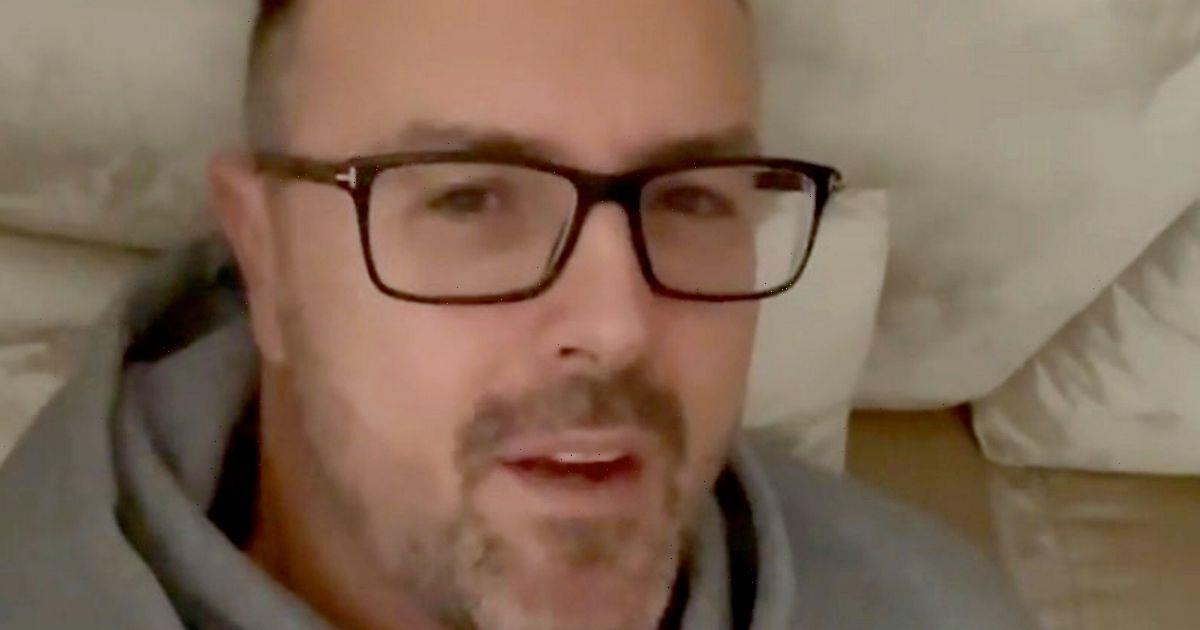 Paddy McGuinness posted a Christmas message, pleading with his 1.9million followers for help after he over indulged himself on Christmas day.

The Top Gear presenter uploaded the video to Instagram, moaning and groaning in pain as he admitted defeat after his annual Christmas roast dinner.

McGuinness, who presented Take Me Out and coined the phrase "No likey, no lighty", showed the camera his swollen stomach after admitting his eye were bigger than his belly.

The father-of-three said: “I need help. Somebody please come and give this a rub. I need Rennies, Gaviscon and some massage oil. Christmas day done!”

He continued: “Hope you’re suitably stuffed and laying on the couch. Merry Christmas!”

His followers were shocked at the sheer size of his stomach and one commented: “How many months gone are you Paddy?”

Another wished him well: “Merry Christmas, hope you get to move very soon.”

One fan came to the rescue: “Tonic water helps, without the gin.”

And a shocked follower said: “Are you pregnant Paddy?!” while another wrote: “That’s impressive.”

They shouldn't have worried though, as Paddy updated his followers with another video on Boxing Day.

The Bolton-born actor said: “Feel better now, the old bloating’s gone and I’ve had a shower which I didn’t do yesterday. It was Christmas, you’re allowed to be dirty.

“Where do you stand on the old tree coming down? If I go out for an Indian or a Chinese, lovely meal, but as soon as it’s finished I want the table cleared. I’m a bit like that with Christmas these days […] soon as it's done, I want rid.”

He captioned the video with the question: “When do you take your tree down? These days I’m done after Boxing Day, just want to put it back in the garage until next year! I still love Crimbo but after the big day it all gets a bit Lionel.”

Lots of followers agreed with Paddy’s Christmas question: “I'm with you on that, mine will be down tomorrow.”

Another said: “I took ours down yesterday,” to which Paddy replied: “Savage.”

One fan said: “Leave it up until about the 6th-ish.”