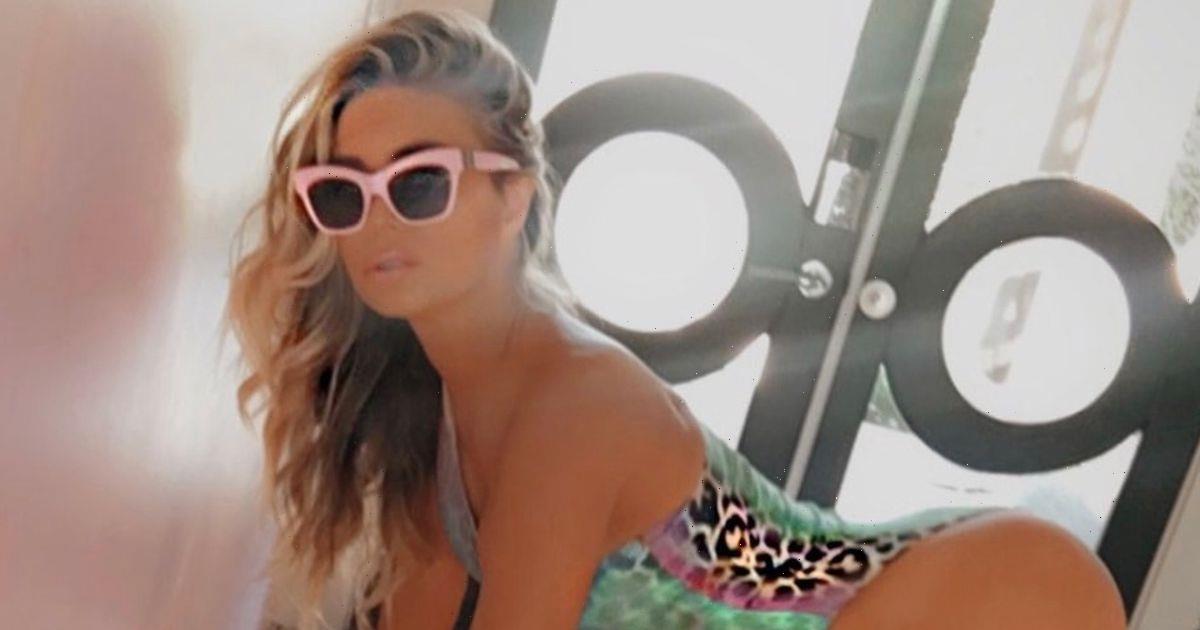 OnlyFans really has changed the game for some celebs.

The way they use it is entirely up to them – from dropping nude videos to sharing motivational content, you never really know what is behind those paywalls.

The site has changed the lives of some everyday people, but even US celebs wants to get in on the action.

Many are raking in millions while others are only just joining in the new way to connect to their followers.

Some stars have hinted at creating accounts in the past, leaving there plenty to look forward to as more and more join the app.

So which famous faces are cropping up on OnlyFans? Let's take a look.

Following her 50th birthday in April 2022, Carman Electra surprised her followers by launching her OnlyFans account.

She created it as part of her "new, celebratory chapter" of her life.

The former Baywatch star has already posted around 20 pieces of content for her fans and offers it for free.

While some celebs decide to post safe-for-work content on OnlyFans, Tyler Posey immediately dropped a nude video after joining in September 2021.

He was holding a guitar though, strategically placing it to ensure the video was safe viewing.

On his Instagram, Tyler posted at the time: “You guys asked for it, and I supplied. I now have an OnlyFans. Follow the link in my bio and come get wet with me! haha.”

When Bella Thorne joined OnlyFans in August 2021, it nearly broke the internet as fans rushed to check out the content.

The site crashed when she launched her page due to the sheer volume of traffic.

She earned over $1million in just 24 hours, and $2 million after two weeks on the social media platform.

Her bio reads: “Get to know me more I’m your girl.”

There isn’t any X-rated content on the page and after the launch some accused it of being a scam.

She later apologised for “hurting sex workers” but her account remains active.

In one of the more unexpected accounts, DJ Khalid and Fat Joe joined OnlyFans back in January.

Don’t expect any lewd content though, as the rappers are using it as a platform to help motivate their fans.

On their page, they wrote: “Let’s be super clear we here only to motivate inspire and spread positive vibes only. THE LIGHT!”

The bio on their account reads: “Welcome to the LIGHT – the page for fans to get exclusive motivational and inspirational content, where we will be guiding fans to “the light” while sharing uplifting insights and behind-the-scenes of our personal lives.”

It isn’t known how much the pair earn through the site, but they are charging fans $20 per month to subscribe.

There are a few celebs who have teased creating an account, with Michael B Jordan topping this selection of hopefuls.

The Creed star seemingly confirmed he would sign up to the app back in 2020, but we are yet to see it materialise.

Whether it will happen now remains to be seen, as the star wanted the proceeds to help with the pandemic.

Speaking on Jimmy Kimmel Live! in 2020, he said: “His name is Murphy. We call him Murph for short. Got an OnlyFans coming soon — eating fruit, all types of crazy stuff, it’s going to get wild.

He added proceeds will go to a “barber school because during the quarantine, you know, there’s been so many businesses and schools that shut down”.

Madonna, who hasn’t shied away from flaunting her goods on Instagram, has also teased an OnlyFans account.

Shortly after the 63-year-old signed a deal with Netflix, she told fans her upcoming project might be a little too X-rated for the streamer.

On her Instagram, she said: “You should definitely have had that woman get her t*** out in Like A Prayer.

“OnlyFans – do they have a format to show a whole show? All right, well that’s something to think about.

“It could make people feel a little bit uncomfortable because art is art, here to disturb the peace.”