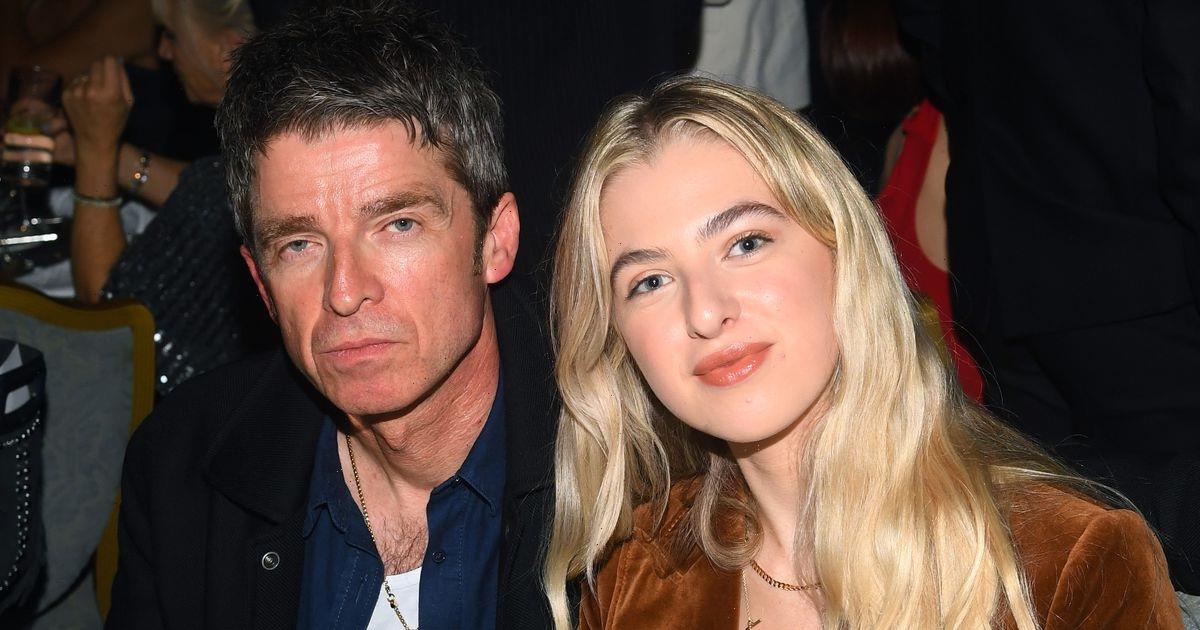 According to Instagram fans, Noel Gallagher appeared to be looking a bit glum on a recent holiday with his stunning family.

However it was also noted by online followers that 55-year-old Oasis singer is rarely ever seen smiling, suggesting that his "unhappiness" wasn't anything unusual.

The picture was shared on Instagram by Noel's beautiful daughter Anais, 22.

READ MORE: Liam Gallagher's arthritis battle as he says he's in 'agony' – Will it stop him playing?

In the snap, Anais could be seen with a huge smile on her face as she looked adoringly at her famous father who was standing at her side.

She draped an arm around her dad while showing off her svelte and toned frame in a bright pink bikini top and floor-length satin skirt.

Noel's gorgeous wife Sara MacDonald also joined them, wearing a frock that was slashed at the sides and proved that the beautiful Canadian wasn't wearing any underwear.

In the picture, the three girls all seemed to have adopted the same foot motion, while Noel appeared to be the odd one out.

Poking fun of the Don't Look Back In Anger singer, Anais captioned: "Dad didn't get the 'one leg lifted' pose memo.

Fans were quick to jump on the fact that the foot pop wasn't the only difference as they pinpointed Noel's "unhappy" expression.

A second echoed: "Same pose whether it's his family or some guy with a bucket hat down the strip."

"He looked positively fuming having to pose for yet another photo," chimed a third.

While a fourth added: "He’s not happy. And who the hell got him an iPhone pro. He’s not up for that."

Meanwhile Anais – who is Noel's daughter from his first marriage to Meg Mathews – continued to update her Instagram story with some delightful getaway snaps.

The family headed out on the crystal clear waters of an unknown scenic destination as they lapped up the sun, sea and sand – by all accounts.