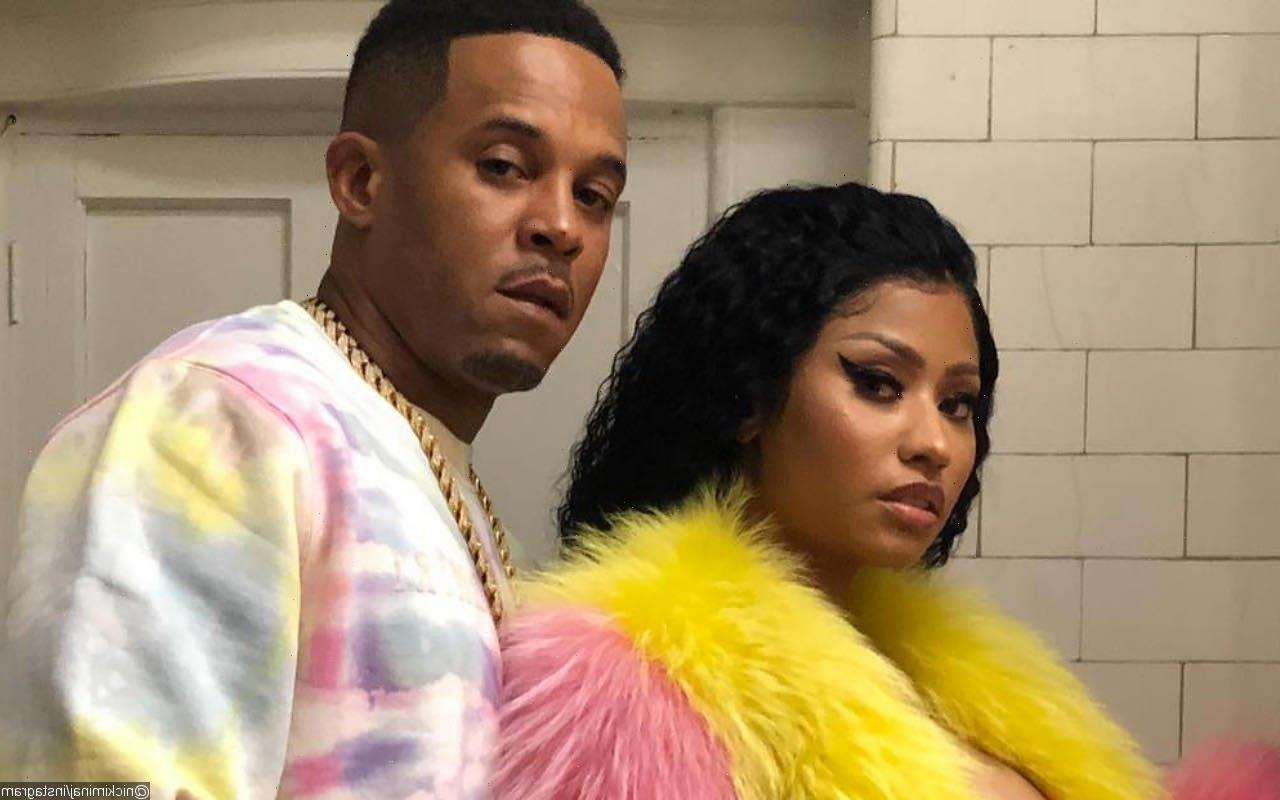 The new track itself steals the No. 1 spot on the Billboard Hot 100 chart, becoming the first hip hop single by a solo female artist without accompaniment to debut atop the list since 1998.

AceShowbiz –Nicki Minaj couldn’t be more grateful to have received so much love in these past few days. The “Bang Bang” hitmaker thanked her husband Kenneth Petty for giving her surprise to celebrate the success of her new single, “Super Freaky Girl”.

Making use of Instagram on Tuesday, August 23, the female rapper shared a video of her son Papa Bear playing with pink balloons that spelled out the song’s title and “#1.” She also attached footage of a bouquet of pink flowers courtesy of her Republic Records team as well as bottles of pink champagne.

“Zoo was trying to surprise me with this for hours but I kept on having to do just one last thing b4 leaving out,” Nicki first kicked off her caption. “By the time I came out it was dark outside, but it actually looked so beautiful in the dark.”

“Gangst, B’z, Skarr thx for helping him,” the Grammy nominee added. “The [flower emojis] perfection too. My Republic family with these gorgeous flowers. Thank you. And then there’s the star of the show. mama loves you papa bear. You make every single moment worth it.”

Nicki dropped “Super Freaky Girl” on August 12. With the new racy track, she earned the largest solo debut for a female rap song in Spotify history. According to Chart Data, the track garnered more than three million first-day streams and became the top new entry on the Spotify Global Chart as it landed at No. 13.

The tune also stole the No. 1 spot on the Billboard Hot 100 chart, becoming the first hip hop single by a solo female artist without accompaniment to debut atop the list since 1998. Nicki herself becomes the first star to achieve such success since Lauryn Hill, with “Doo Wop (That Thing)” 24 years ago.”