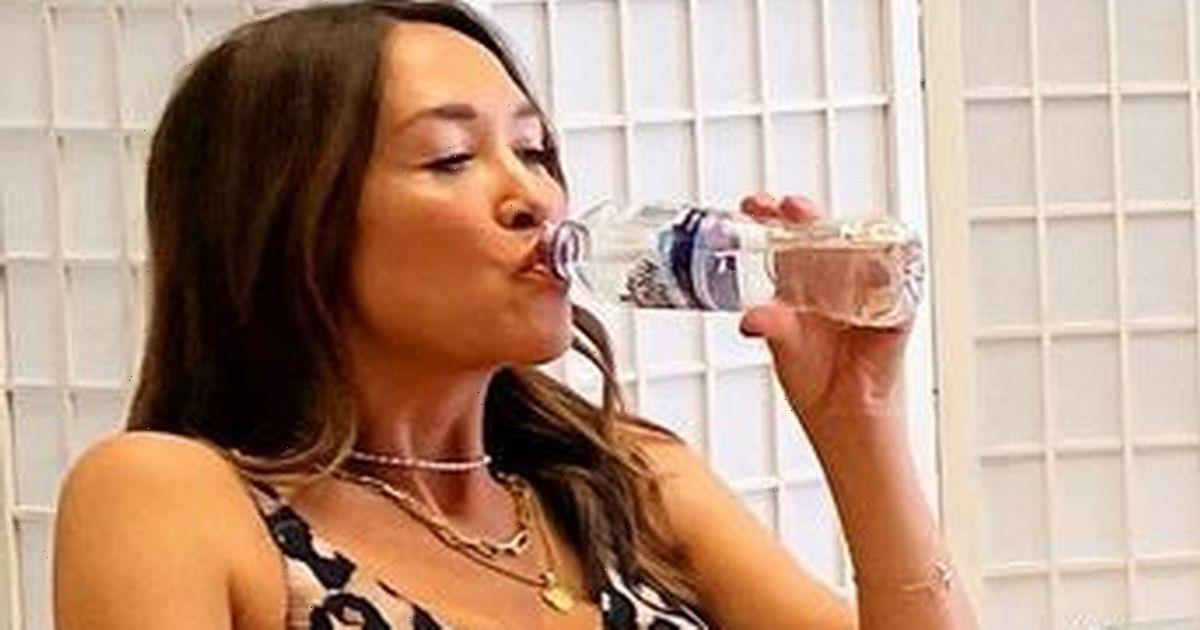 Myleene Klass has set a new workwear trend after posing in a leopard print bikini while at the office.

The former I'm A Celeb star uploaded a snap to her Instagram page as she sat back in a chair with her legs on a desk and showed off her incredible athletic figure.

Myleene, 44, paired the animal print bikini, which highlighted her impressive abs, with a pair of plain black sandals.

The mother-of-two wore gold bracelets and chains and let her long brown hair flow over her shoulders as she enjoyed a bottle of water.

The bikini is from Myleene's new swimwear collection with Next.

She has been closely linked to the clothing brand since the launch of her kids' clothing line back in 2006.

She also added the hashtags "Myleene Klass X Next," and: "One sold every 45 secs."

Fans were quick to shower the former Hear’Say singer with compliments and some claimed to be inspired by her outfit choice.

One person wrote: "You must be working out a lot, looking great."

Another said: "Absolutely stunning and dazzling."

A third wrote: "Office attire inspo for when we’re next in the office," while one fan commented: "I want to dress like this for all my meetings!"

Myleene also took to her Instagram Story to share other pieces from her collection, including a white bikini similar to the one she wore while in I'm a Celeb.

In the picture, she can be seen walking out of the ocean with her hair tucked behind her ears, which are adorned with large gold hoop earrings.

Myleene appeared in the 2006 series of I'm A Celeb and her white bikini became one of the most talked-about moments on the ITV show of all time.

Writing on Instagram in 2020, she said: "I remember one of the show's producers looking at my bikinis in the hotel before I went to camp.

"One was covered in stripes. 'We’ll have to stop at the shops as that's probably going to strobe on camera'.

"I ran into the shop en route to the jungle, asked the shop assistant for the plainest bikini she had. Best $40 I ever spent."