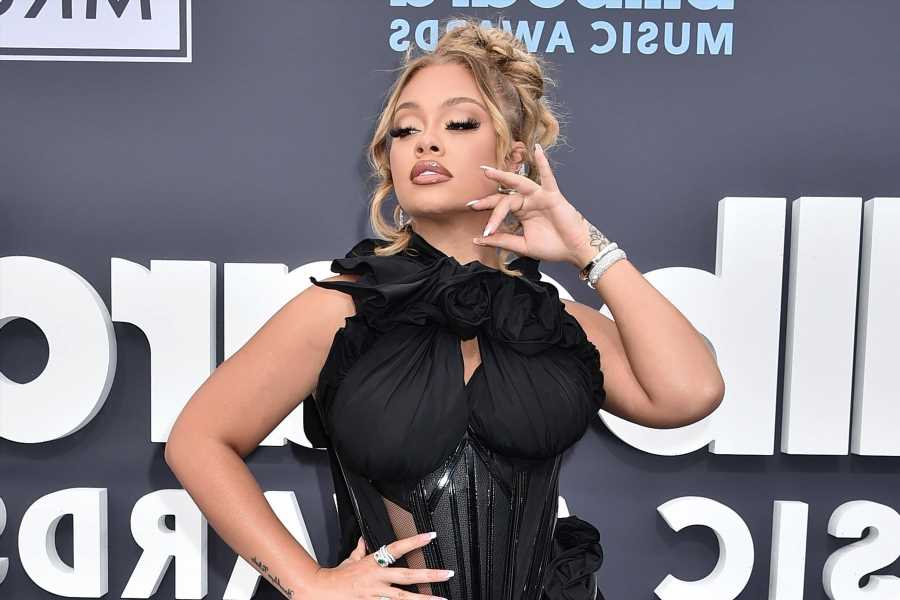 Latto is channeling her “Big Energy” and taking aim at gender roles and sexism with her powerful new single, “Pussy.”

The defiant track, accompanied by a subversive image of a woman with her legs spread in front of a building resembling the White House, directly calls out the various types of men — politicians, abusive boyfriends, raging misogynists, incels — who attempt to control female sexuality and womanhood. It’s an aptly timed release for the rising rapper, as women across America are losing the ability to make choices about their own reproductive health following the repeal of Roe v. Wade.

“Who is you to bash pussy?” Latto demands in the song’s opening verse, backed by a pitch-shifted sample of Betty Wright’s 1968 single “Girls Can’t Do What The Guys Do.” “Buy the man my respect, watch he paint me as crazy/Y’all sexualize lesbians but y’all entertain me/They engaging, ain’t got supply from they mama basement/If you don’t get a pussy up, then he’ll take it.”

Every Super Bowl Halftime Show, Ranked From Worst to Best

Latto also uses the song to call out those who criticize female musicians for releasing explicit pro-femme anthems — “Y’all the reason we make music teaching bitches how to use it,” she declares — and blasts the “double standards” women face when openly embracing their sexuality. “The gender roles y’all projecting are hypocrisy,” she says. “Half of y’all pussy niggas owe your mama an apology/How you ain’t got a pussy, but got opinions on pussy?/That’s pussy, my ovaries ain’t for you to bully.”