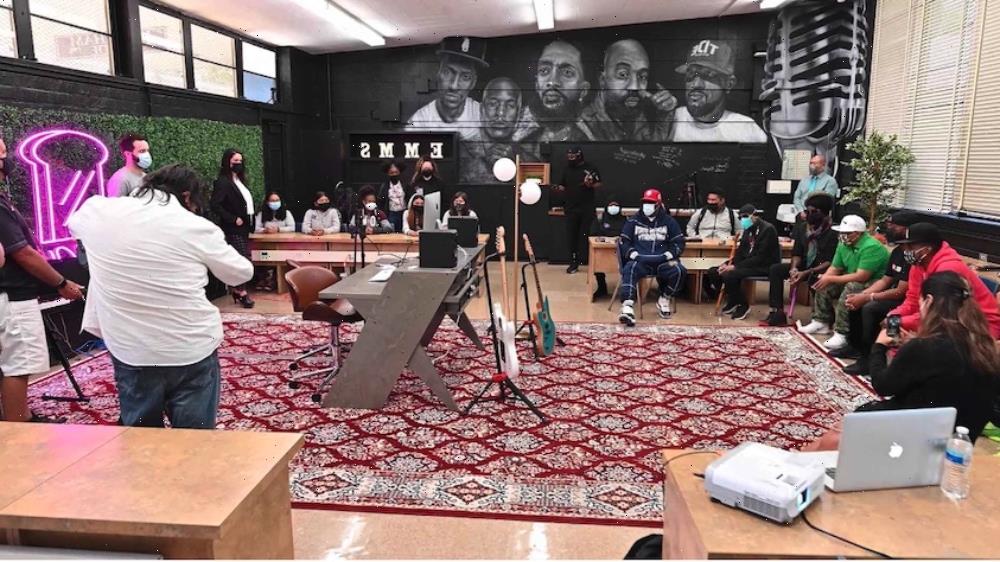 Bread Charity, a non-profit founded by Mustafa Sheikh (a.k.a. rapper Lil Mussie) with a mission to aid children living in poverty, has launched Bread Studios in Nipsey Hussle’s former middle school, Edwin Markham Middle School, in the Watts area of Los Angeles. The 1,000-foot studio features five free musical recording facilities aimed at assisting kids from low socio-economic areas, with musical instruments, vocal recording and production equipment for young people to use free of charge. Visit here to see photos of the studio and learn more about the program.

+ Primary Wave Music has struck a deal with the estate of legendary singer Bing Crosby, who appeared in more than 70 feature films and recorded over 1,600 songs in a 50-year-plus career. The partnership finds Primary Wave acquiring a stake in the assets owned by HLC Properties Ltd., the company owned by the Crosby Estate. It includes the Bing Crosby Archives, featuring thousands of recordings by the singer and other artists, many have which have never been released; artist royalties from master recordings featuring his performances; writer royalties from songs he wrote or co-wrote; his rights in the film “White Christmas,” as well as other film, radio, and television productions. In addition, Primary Wave has acquired a stake in his name, likeness, and rights of publicity. The Estate will now have access to Primary Wave’s entire marketing team, digital team, publicity department, branding team, and publishing infrastructure which includes licensing and synch opportunities.

“We couldn’t be more excited about this partnership with Primary Wave. Going into our first meeting, our goal was to find a partner who believed in the vast life that he led, and we know Primary Wave will continue to sustain the legacy of dad.” said the family of Bing Crosby in a joint statement.

“Bing Crosby was one of the most influential stars of the 20 th century,” says Larry Mestel, CEO & Founder of Primary Wave Music. He continues, “Our team can’t wait to dive into our partnership with Harry Crosby, Robert Bader and the Crosby family to help reintroduce Bing’s music and legacy to the world.”

+ Syracuse University’s Bandier Program, established by legendary music publisher Marty Bandier, is one of the most prominent music-business programs in the world. Last year, Bandier announced a program to provide financial support for Bandier Program students from underrepresented populations, and last week the program announced its first two honorees: Sofia Elizabeth Gutierrez, a Los Angeles resident of Filipina and Mexican descent, and Alexis Sanon, a Haitian-American from Brooklyn, NY. “The only thing that would make it worth it for me to leave California would be for the one-in-a-million opportunity to be part of the Bandier Program,” Gutierrez, a musician, says, adding that the scholarship has given her “a life-changing opportunity to follow my dream. I’m honored to be one of the first recipients and will not take this opportunity for granted.” Sanon, who got her start in the industry as a teen by creating social media fan accounts for the group One Direction and then learned about other areas of the industry. “This scholarship has been like words of encouragement—that there is a space for me in this industry, and I want to meet this challenge head on,” she says.

“We’re eternally grateful to Marty Bandier for his dedication to the Newhouse School,” says Newhouse dean Mark J. Lodato. “I’m confident Sofia and Alexis will shine in the Bandier Program, and thrive as a part of the Syracuse University community.”