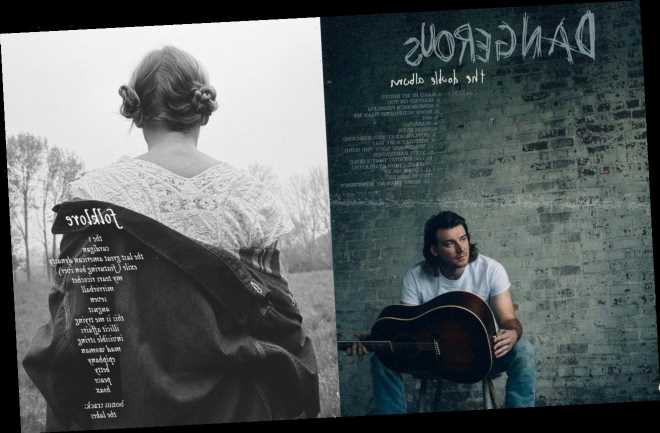 The country crooner’s chart-topping album earns 82,000 equivalent album units, making it one of only six country albums that have spent at least eight weeks in total at No. 1 on the chart.

AceShowbiz –Morgan Wallen continues to break record with “Dangerous: The Double Album”. The set leads the Billboard 200 chart for eighth consecutive weeks, making it one of only six country albums that have spent at least eight weeks in total at No. 1. The album earns 82,000 equivalent album units in the U.S. in the week ending March 4, according to MRC Data.

Of the number, SEA units comprise 75,000. It equals to 103.33 million on-demand streams of the album’s songs. Album sales are 6,000 units while the rest are in the form of TEA units. “Dangerous” also reaches a new milestone this week as it ties with Taylor Swift‘s 2020 album “Folklore” for the second-most weeks at No. 1 on the Billboard 200 in the last five years from all genres.

Back to this week’s chart, The Weeknd‘s compilation album “The Highlight” returns to the Top 10 as it ascends from No. 12 to No. 2 after earning 52,000 equivalent album units. Following it up is Pop Smoke‘s former leader “Shoot for the Stars Aim for the Moon” that stays steady at No. 3 with 42,000 units.

Staying at No. 8 is Dua Lipa‘s “Future Nostalgia” with 29,000 units earned. Following it up is Luke Combs‘ “What You See Is What You Get” that is a non-mover at No. 9 with 28,000 equivalent album units. Rounding out the Top 10 is Juice WRLD‘s former chart-topper “Legends Never Die” that earns 27,000 units.