Dua Lipa was among the first to hear Miley Cyrus’s upcoming album, or so she thought. Cyrus shared a photo of Dua Lipa’s visit to her studio, where Cyrus played what she’s been working on for her fellow musician. The problem is, Cyrus has already changed her album in the ensuing week.

Cyrus was a guest on the Zach Sang: Just the Interviews Podcast on Aug. 14, the same day she released her new single “Midnight Sky.” She issued a formal apology to Dua Lipa for roping her into all this.

One week prior, Cyrus was excited to have Dua Lipa’s endorsement. After a week, she’s scrambling to explain why she revised so much work after Dua Lipa left.

“I posted a photo the other day of me and Dua in the studio,” Cyrus told Sang. “I had her come over and listen to the record. I wrote, ‘Oh, Dua’s heard what you haven’t yet.’ Then as soon as she left I was like I should tell her that I really evolve and change really rapidly so to not think that I played a fake record when she buys my real one, hoping that Dua Lipa will by my record or listens to it in some way.” 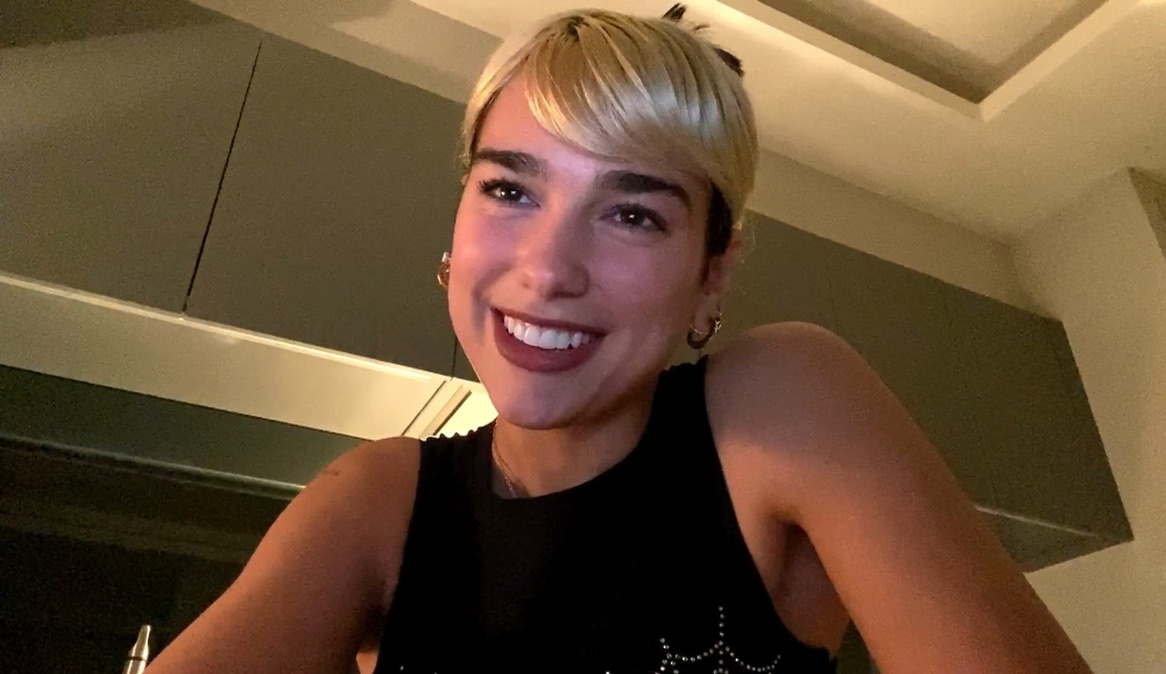 Cyrus worried that Dua Lipa would think she tricked her. Don’t worry, Dua Lipa. This is just how Cyrus works.

“Like oh, here’s this fake record, like pop sabotage, or something,” Cyrus fretted. “Let me play you this thing and then not put it out and have something ready to go. Play something really bad so she thinks no competition and then come with the bangers. I did not sabotage Dua Lipa. I just evolved so quickly that the way ‘Midnight Sky’ even happened was actually me wanting to beat the record.”

Miley Cyrus recorded ‘Midnight Sky’ in place of another song too

“Midnight Sky” came about very fast. Cyrus said she threw it together after producing another song.

Dua has heard what you haven’t…. 🌑

“I’m so nuts that I was shooting a video on Saturday for another record of mine,” Cyrus said. “On Monday I went to [producer] Andrew Watt and said, ‘I think I can beat the song.’ It’s like, ‘Everyone’s booked, you’re doing a music video, the treatment is written,’ I’m like, ‘We can beat it.’ We start writing it, I haven’t even cut the chords yet, I’m like this is it. So I just scrap everything and I’m like, ‘Well, as long as I’ve got a camera and a set I’m going to adjust and make it go towards this song.’”

Digital music has freed her from the bonds of physical media

Don’t get her wrong. Cyrus said she still loves physical media, though laments if she released a CD, no one would have a player. She definitely prefers the immediacy of digital music.

I wrote the song only like four weeks ago but you know why that’s worked for me. That’s what I’ve always hated about records, especailly when I used to make them in the early 2000s. You made physicals so you had to turn them in months before. So you really didn’t have this freedom of hey, I feel something today. I’m releasing it tomorrow. For someone like me that’s changing so much, it’s important that we just go with it when it feels relevant because it might not be in the near future. Keeps it really exciting.