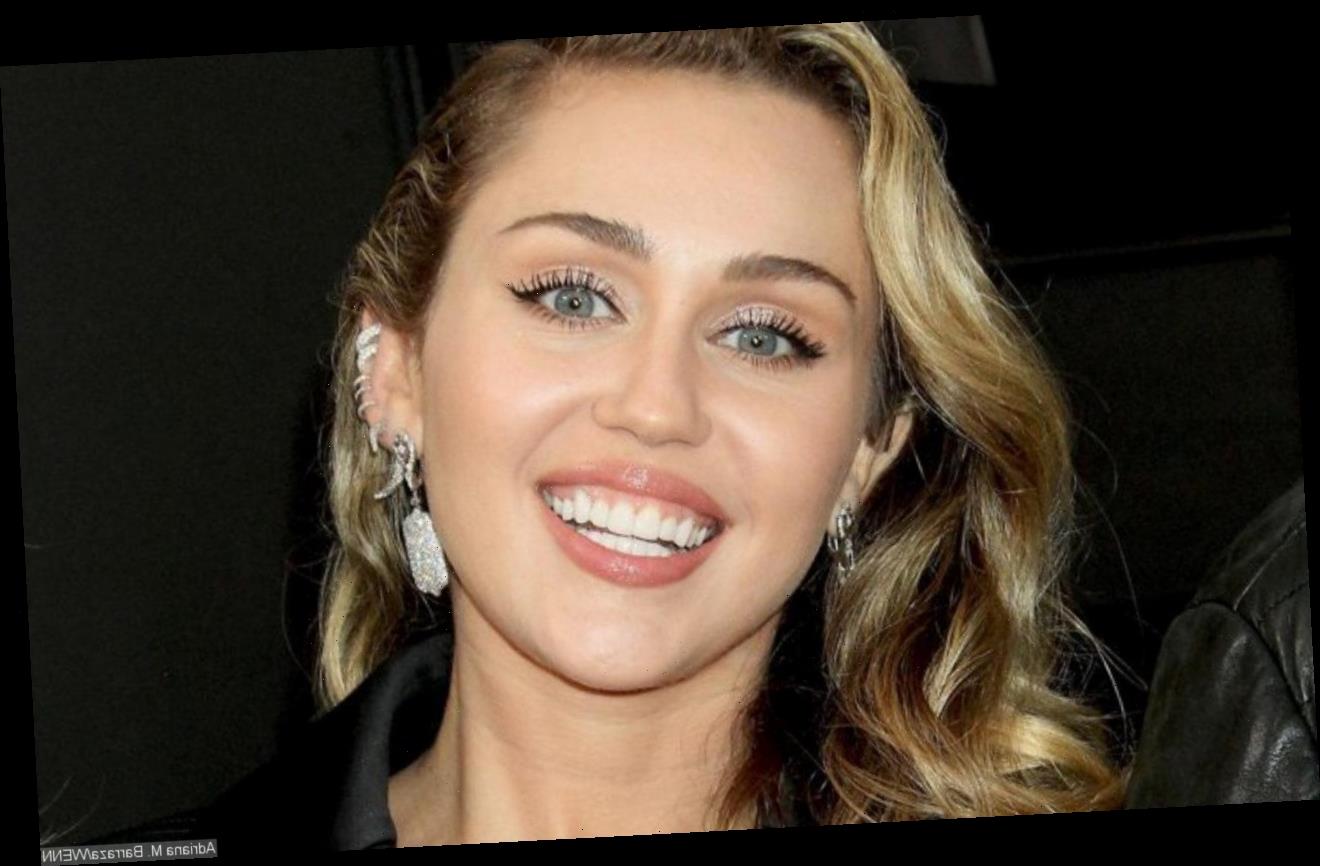 Despite the backlash, the ‘Wrecking Ball’ hitmaker gains praise from her father Billy Ray Cyrus and ‘The Bachelorette’ alum Zac Clark for her performance at Lucas Oil Stadium in Indianapolis.

AceShowbiz –Miley Cyrus‘ recent concert was not met with positive feedback from many. The “Prisoner” songstress, who performed at NCAA Men’s Final Four at Lucas Oil Stadium in Indianapolis, has drawn criticism from social media users for “interrupting” the basketball tournament.

The 28-year-old’s mini concert took place on Saturday night, April 3 after the Baylor-Houston game. Dressed in a black vest, pants and a pair of lace-up vinyl boots, she sang Queen‘s “We Will Rock You” and “Don’t Stop Me Now,” Stevie Nicks‘ “Edge of Seventeen” and Blondie‘s “Heart of Glass”.

The former “Hannah Montana” star also entertained the audience with her own tracks including “We Can’t Stop”, “Wrecking Ball” and “Edge of Midnight”. She ended her performance by singing The Guess Who‘s “American Woman”.

Miley has since sparked backlash on Twitter. One user in particular questioned, “Is this Miley Cyrus interlude ever going to end?” Another chimed in, “My dad is ready for the second game to start. In his words, ‘I’m afraid that woman is going to come back and sing again.’ #MileyCyrus.”

The criticism did not stop there. More came forward with one stating, “I don’t have a Miley Cyrus take. Apologies. She’s fine. Whatever. But I would like basketball on my TV.” Someone else argued, “Why is Miley Cyrus interrupting my final four NCAA??? Go ZAGS!!!!”

Also applauding the ex-wife of Liam Hemsworth was “The Bachelorette” alum Zac Clark. Turning to his own Twitter page, he raved, “[Tayshia Adams] passed out. Miley Cyrus sang one note and she is now dancing around the room like a teenager….0 to 60 would be an understatement here….”