Despite all the news surrounding Rebekah Vardy at the moment as the Wagatha Christie trial continues, a combination between the WAG and Duchess of Sussex Meghan Markle would still have been difficult to predict.

With one married into the Royal family with her husband Prince Harry and one married to premier league champion Jamie Vardy, it is hard to see how they would be combined.

Despite it appearing that their lives are worlds apart, they actually have quite a lot of similarities.

During the ongoing Wagatha case, judge Mrs Justice Steyn quoted part of the privacy case involving the Duchess of Sussex in regards to the striking out of certain parts of evidence, reports The Mirror.

But the most surprising link of all is that Meghan was reportedly being lined up to play Rebekah in a Hollywood movie back in 2016.

Off the back of Jamie Vardy's incredible rise from non-league football to Premier League champion, there were plans to create a big budget biopic.

Jamie started his football career at non-league team Stocksbridge Park Steels and also played for Halifax Town and Fleetwood Town before joining Leicester for £1million in 2012.

LA-based Brit Adrian Butchart, a producer and writer, agreed to make the movie with the Oscar-winning producers of The King’s Speech Gareth-Ellis Unwin and Simon Egan and their company Bedlam Productions.

But the making of the film has been delayed, which means Meghan likely won't be taking on the role as she has abandoned her acting career.

The Suits actress was only dating Prince Harry at the time but the pair have since married before enjoying a stint as a royal couple.

During an appearance on Good Morning Britain in 2016, Vardy was quizzed on who would be best to depict her in the proposed movie.

When host Piers Morgan mentioned the possibility of Meghan to Rebekah, she replied: "That would be great, wouldn't it?"

Just last year, Butchart revealed that plans for the movie were still in the works behind-the-scenes and that fellow Oscar nominated duo Paul Tamasy and Eric Johnson, who wrote The Fighter, would also be involved in scripting it.

Butchart wants to make another football movie after writing the scripts for the first two films in the 'Goal' trilogy and has since held talks with Vardy, whose story got even better last year when Leicester won the FA Cup.

The director, who lives in Hollywood, has already confirmed considering Zac Effron and Robert Pattinson to play Jamie Vardy but One Direction's Louis Tomlinson is also a surprise name in the frame.

Butchart told the Mirror: “We have been following Jamie’s progress in the FA Cup and he’s done yet another record breaking achievement.

“We know Jamie to be among the world’s best players and his continued success is inspirational to us and the film.

“Especially given that the story of Leicester’s victory will require large crowd scenes for which we are keen to feature real fans rather than rely solely on computer generated imagery."

Rebekah is clearly a fan of Meghan as she praised her showing the world what a new mum's post-baby body really looks like.

Becky, who has three children with husband Jamie and two kids from previous relationships, applauded the Duchess of Sussex for unveiling her postpartum body in a flowing white dress back in 2019.

Meghan and Harry introduced their newborn son Archie to the world at Windsor Castle – and the Duchess made no attempt to conceal or flatten what remains of her baby bump.

Sharing a snap of the special royal moment on Instagram, Becky gushed: "This pic is everything.

"Showing the world that the baby bump doesn't magically vanish," she wrote, adding some praise emojis.

The WAG also took to Twitter with the same image to spread her joy further, tweeting: "Yes Queen. Showing the world that the baby bump doesn’t disappear the second the baby arrives.

"New mums need to see more women in the public eye showing realistic post pregnancy bodies. I have so much respect for Meghan right now."

Becky, had done the same thing when she gave birth to her youngest son Finley in January 2017, sharing pictures of her stomach weeks after welcoming her and Jamie's second joint child in a bid to normalise postpartum bodies for other mums.

On Tuesday this week, Rebekah was seen using Meghan as a style inspiration.

She opted to wear a £805 smart navy jacket pair with a matching pair of £300 trousers from Veronica Beard, a US brand which has previously been worn by the Duchess.

For more of the latest showbiz news from Daily Star make sure you sign up to one of our newsletters here. 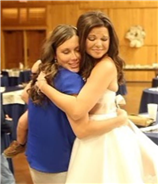 Previous post Amy Duggar to Anna: Come Live With Me! Bring Your 7 Kids!

Next post OMG Rihanna and A$AP Rocky Welcomed a Baby Boy! Here's Everything We Know