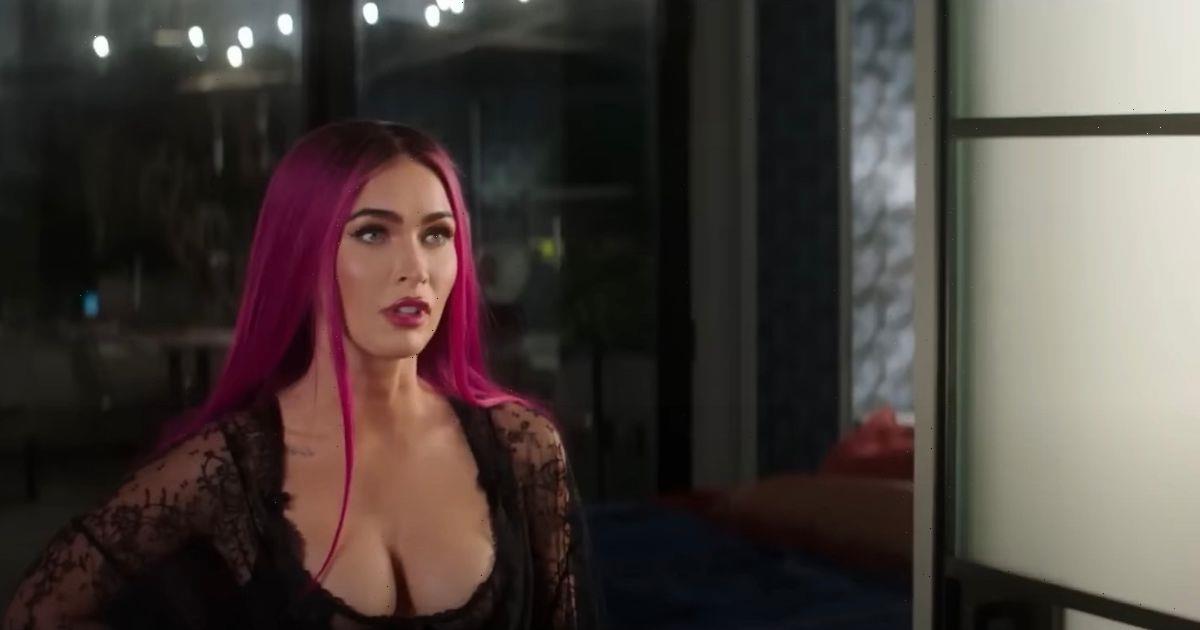 Megan Fox is gearing up to appear in another movie alongside her beau Machine Gun Kelly in Mod Sun's new movie, Good Mourning.

The stunning model will appear in the upcoming film imminently as the trailer was recently released to show Megan looking utterly dazzling in the lingerie set.

Kelly, whose real name is Colson Baker, plays London Clash, an actor who has to decide whether he would rather land a major film role or get back with the love of his life – but Megan Fox soon enters to shake things up.

While Kelly's character London tries to win back his ex-girlfriend, Megan appears on screen looking more stunning than ever.

Megan's character is seen in an utterly sensational lingerie set with a teeny black mesh bra paired with a lace black gown draped over it.

The 35-year-old showed her figure in the teeny outfit as her new locks also caught the attention of viewers.

She donned a vibrant purple do as her long locks fell past her chest and down her back as she opted for a full face of makeup for the dazzling clip.

Megan looked nothing short of incredible as she stole the show in the teaser trailer.

The film, which follows London Clash trying to win back the love of his life while managing his career goals, features multiple big names including Fox, Pete Davidson, Danny Trejo and Tom Arnold.

The film was written and directed by Machine Gun Kelly and Mod Sun and is set to be released on May 20.

Fans couldn't help but fawn over the stunning actress online, with one person writing on Twitter: "Megan Fox is fire."

Another wrote: "Anything with Megan Fox in has my attention."

A third said: "Megan Fox and MGK in a film together! This is everything."

Megan and Machine Gun Kelly have appeared in the film together on their first project since the duo announced their engagement.

The pair started to define their romance in 2020 and after falling head over heels for one another and ultimately confirmed their engagement in January 2022.