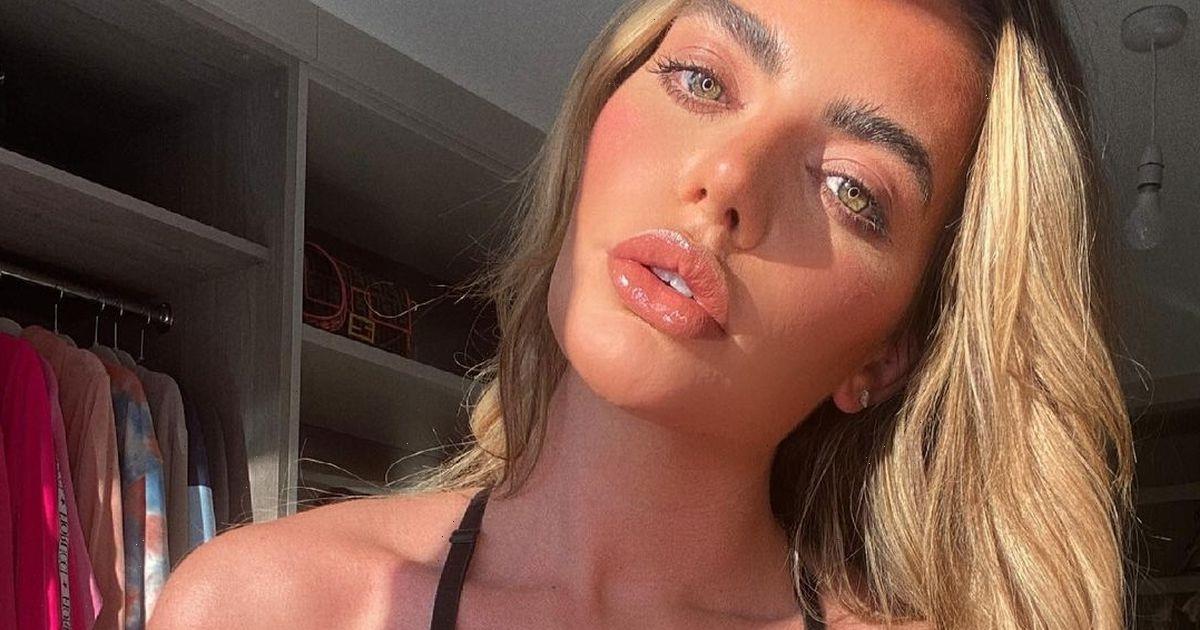 Megan Barton-Hanson won over many fans and admirers when she was in the Love Island villa, and it's easy to see why with her latest throwback snaps.

The stunning star decided one picture wasn’t enough, and who can blame her.

She posted three of the sexy pics on Instagram, and numbered them, saying they were “from the archives".

As gorgeous as ever, the 27-year-old is posing in what looks like a walk-in wardrobe, alongside some beautiful flowers.

In one pic she is seen reclining back, wearing only black lace lingerie as she looks straight down the lens, making sure the sunlight from the window accentuates her figure. For a second snap, still in the same lingerie, she is upright towards the camera with her infamous pout, and one arm raised above her head showing off a tattoo, as her wavy hair tumbles past her shoulders.

In the third and final saucy shot from her time raiding the archives, she is leaning suggestively towards the lens, pushing her assets together.

Fans are going wild for the pictures, with one commenting “Hottie!” One fan said she took their breath away, with plenty of fire emojis.

The Love Island star recently said that this year’s line-up could have been “juicier” if there were LGBTQ+ contestants.

She said the series was becoming “predictable” and that she would love to see an "all gay line-up". Megan insisted: "chucking in one bisexual person" does not work.

She told Metro: "I get why they are hesitant to do it, but I don't think it's working when they chuck in one bisexual person.

"I think with the whole tokenism thing, the girls just end up with the guy, maybe to stay on the show longer, I don't know. If they had an all gay line-up, it would just be so much more interesting to watch."

She added: "How it is right now, you can kind of predict what's going to happen: If there's a straight couple who are happy, the producers will just send in a person for whoever they think is likely to stray and send in a person who's their type.

“If there was an LGBT+ cast you could be tempted by anyone. I think it would be much juicier."