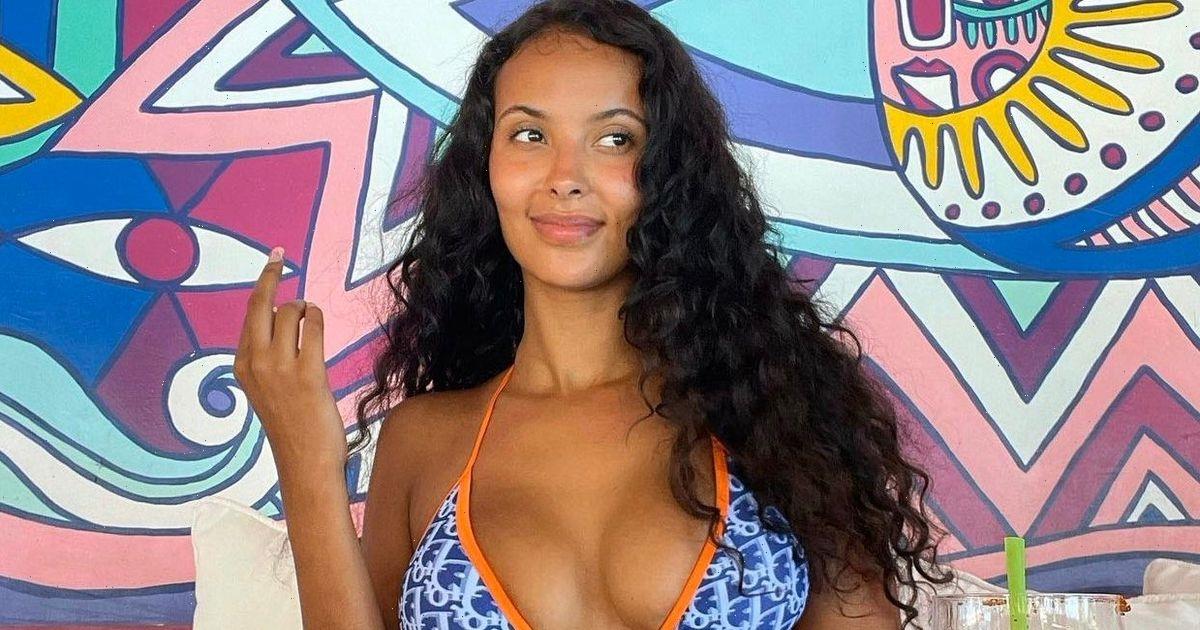 Maya Jama rose to stardom presenting a wide range of shows across TV and radio, from Peter Crouch: Save Our Summer and The Circle to her own shows on Rinse FM and BBC Radio 1.

Maya, 28, has just been confirmed as the new host of Love Island, taking over from Laura Whitmore who left the programme earlier this year.

Born and raised in Bristol she moved to London aged 18 to pursue a career in the media, first in acting before realising she was more suited for presenting.

In 2020 she launched her own range of hydrating sheet masks, MIJ masks, alongside her other roles.

Throughout her glittering career she has dated and been linked to a number of very high profile names.

Maya has been in a relationship with NBA player Ben Simmons since summer 2021, with the pair confirming rumours they were dating with a kiss during Wimbledon in July.

In January of this year, they announced their engagement, but sadly just last month they called it off, with conflicting schedules being the reason.

Speaking to The Sun, a source said: "It’s been a difficult time for them. While they both care for each other so much, they truly gave it their all and realise that they just come from two different worlds.

"They now understand they don’t have the time they thought to dedicate to this relationship.

"After many long nights and hours of heartfelt talks, they finally realised as much as they love each other, their nonstop careers and endless travel have made it incredibly impossible to make it work.

"They had no idea the challenges they would face when handling all the logistics of making a life together in two countries.

“The source then told how Maya and Aussie sports star Ben's sad conclusion was "one of the hardest decisions of their lives".

The pair are still dating, regardless of the engagement coming to an end.

Perhaps the most sensational of her relationships however, was with British grime icon Stormzy.

Maya and the South London man were first linked in 2015 when she was just 20.

But shockingly the pair split in 2019 following rumours that Stormzy had cheated on Maya with singer Jorja Smith. Stormzy has denied this is true.

"So we had broken up and I was out publicly being a rapper, being very inconsiderate to the fact that I've just come out of the most public relationship.

"We'd broken up and I went out and I acted disrespectfully. I was just out in clubs. I knew the world still thought I was in a relationship and I was out looking like I didn't give a f**k.

"It didn't need to be cheating for it to be a disrespect."

In the interview Stormzy said he was "definitely" still in love with Maya.

Rumours surrounding Jama and international megastar Drake were ongoing for some time, with an insider telling the Sun that: "Drake definitely appeared to have a soft spot for Maya."

The Canadian rapper began following her on Instagram in 2018.

However according the source a hook up was never on the cards, saying: "Maya wasn’t going to entertain any form of contact.

"Even when she split with Stormzy it’s not something Maya wanted to pursue and she has left it."

Jama suffered the tragic loss of her teenage boyfriend Rico Gordon when she was just 16.

An innocent bystander, he was shot during a gun battle in Bristol in 2011 following the St Paul Carnival celebrations.

Speaking to Cosmopolitan she said: "When I was 16 I went through a lot. With my boyfriend passing, it gave me a fearless approach to things. I felt like life was really short."

"Out of everything that happened in my life, that was a reality check on a massive scale. At 16 you think the world is a fairytale and it took me out of that. It made me even more determined."