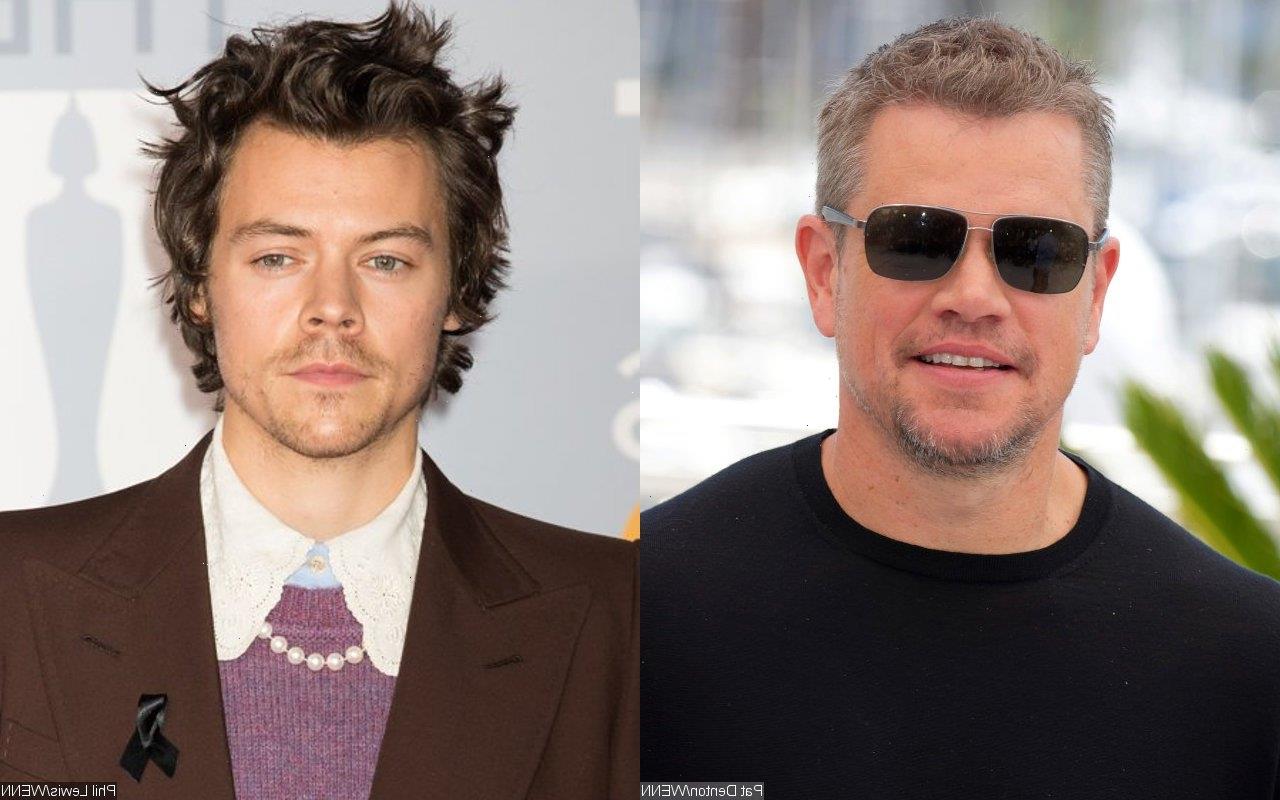 The Jason Bourne actor sang along to every song delivered by the ‘Watermelon Sugar’ hitmaker when he took his daughters to one of the singer’s concerts.

AceShowbiz –Matt Damon knew “every word to every song” when he took his daughters to see Harry Styles.

The 51-year-old actor – who has daughters Alexia, 22, Isabella, 15, Gia, 12, and Stella, 10, with his wife Luciana Bozan – took his girls to watch the “Golden” hitmaker’s Madison Square Garden show in New York City earlier this month (Oct21).

Referencing the concert and Harry’s second solo album “Fine Line” – which was released in December 2019 – Matt told PEOPLE (the TV Show!), “It was great. Yeah, yeah it was great. They love him. And that album dropped, or at least I became aware of it, in that first lockdown. So we had that on repeat…”

“(I) knew every word to every song… (I might be) too old to know all the words.”

Meanwhile, Matt revealed earlier this year how he and his wife surprised their eldest daughter with an ultimate Christmas present including a video from the former One Direction star.

“Last Christmas, my wife, it was a one-two punch,” he explained. “We gave my 15-year-old a life-size cardboard cutout of Harry Styles. “Harry Styles did a little video and said Hello to her, and she lost her mind. I think that was the best we’ve done so far. I don’t know how we’ll top it.”

And the “Last Duel” actor admitted he had no idea the singer was going to record a video.

“I am forever grateful to him. I really owe him one,” he added. “I don’t know how I would ever repay or what I could possibly repay with, but that was pretty cool.”