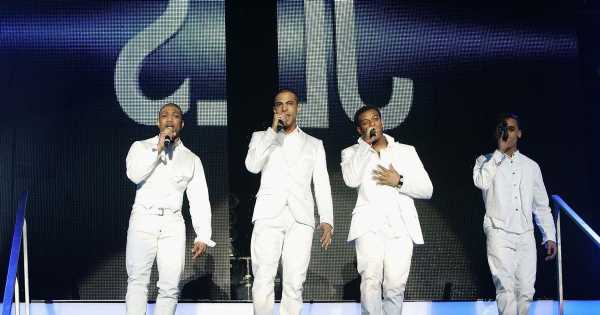 The beloved boy band, which consists of members Marvin, 37, Aston Merrygold, 34, Oritsé Williams, 35 and JB Gill, 35, returned to the stage in late 2021 following an eight-year break.

They thrilled fans when they announced in February 2020 that they would be hitting the road again and releasing new music, however their plans were delayed due to the Covid-19 pandemic.

After several pushbacks, the four lads kicked off their Beat Again tour in October and their new album, titled JLS 2.0, was released on December 3.

Several months after their comeback, Marvin reflected on the "incredible" year the band had and teased another potential reunion.

Speaking exclusively to Daily Star and other press at Capital's Summertime Ball, he said: "I mean, look, never say never.

"We had such an incredible year last year with the comeback. We did a new album, we did a 30-date arena tour, it was phenomenal. Great reception. It blew us away," the singer added.

He teased: "So, for us, we’re taking stock, looking at everything that worked, didn’t, who knows, maybe…"

Speaking previously about 2.0, JB told the Sun: "We have experimented as much as we can. We have the right balance and influence of old and new."

Eternal Love, the lead single from their newest album, was written by Ed Sheeran and referenced one of their original hits.

Speaking about the song, Marvin said: "When you listen to Eternal Love, there is a line that says, ‘Forever and a day,’ which is a nod to Everybody In Love, so this was specifically written for us."

"We were over the moon when we heard it. It is the perfect JLS record," he gushed.

JLS catapulted to fame after finishing second place behind Alexandra Burke on The X Factor in 2008.

The boyband's debut hit Beat Again remains their best-selling single of their six-year career after topping the chart back in 2009.