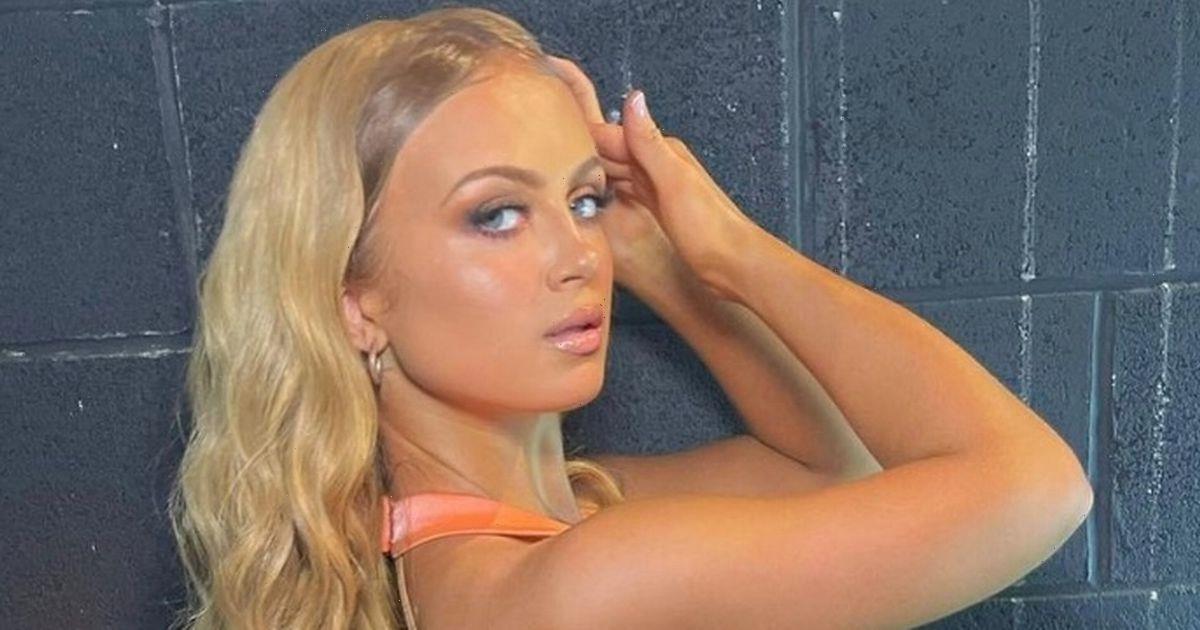 The Wanted singer Max George has shared cute getaway snaps to his Instagram Stories of him and his ex-EastEnders star girlfriend Maisie Smith.

In one of the pictures the pair wore casual lounge clothes as they locked lips in their seats on an aeroplane, with Max captioning the snap: "@maisiesmithofficial we’re off again”.

With the same caption came another photo, this time of the two of them pulling serious faces.

This picture was followed by another snap later of the couple in the sun.

Maisie, 21, who beamed at the camera, could be seen in a leopard bikini whilst also wearing some shades.

These getaway pictures follow rumours of the two parting ways after Maisie posted a TikTok in which she was crying.

The video was accompanied by the lyrics to Omar Apollo's hit Evergreen (You Didn't Deserve Me at All, which includes the lyrics “should’ve broken up, date myself”.

The video featured various clips, including close-ups of tears rolling down Maisie's cheek as she cuddled her dog.

However, the last clip of the video showed a somewhat happier Maisie singing along.

Fans flocked to the video's comments section to show their concern.

“You are truly an amazing, inspirational, and strong woman! Straighten your crown and walk tall [princess emoji]”, wrote one fan.

Another said, “Hope you’re ok. Take time for yourself, I’ve had to learn this, good things will come to you. Take care and stay strong.”

Many also wondered if the pair had split up underneath the video.

“Is she still with Max?” one user asked.

Another wrote, “They’ve broken up?”

However, one commenter noted about the videos caption, “She means she’s way happier these days she could scream it. Look at the emoji and read the caption. They’re still in love, this refers to a past lover.”

Luckily, this user was right, the caption reads, “Nothing but happiness these days,” and the two are still very loved up.