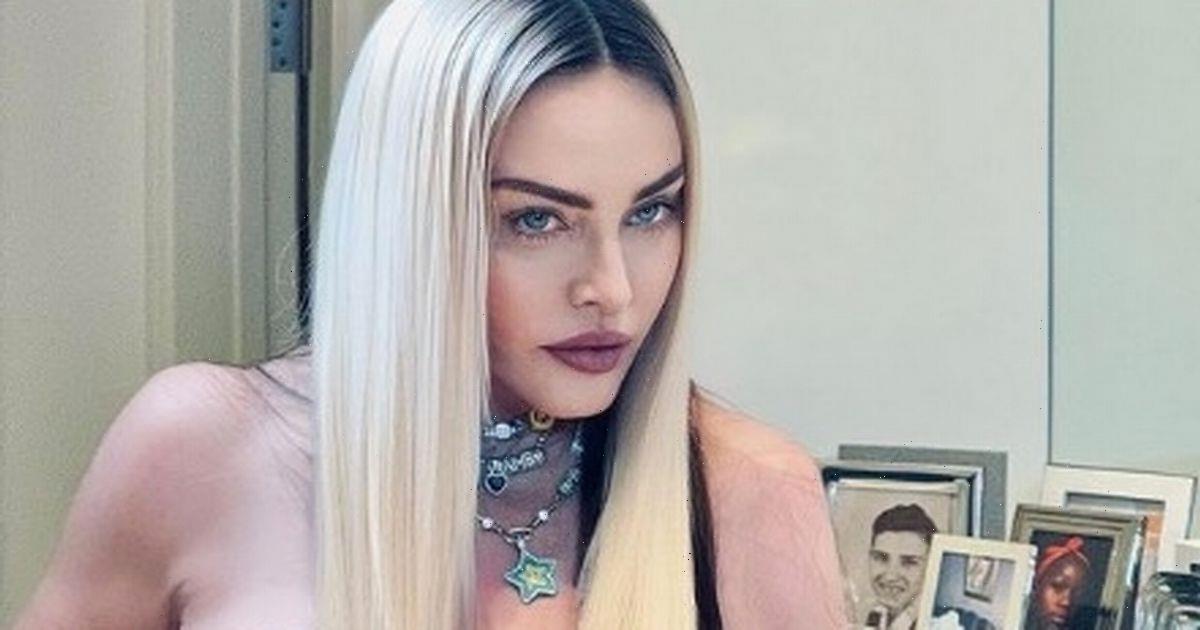 Madonna has taken to Instagram to show off her ageless beauty in a new post, just days after rapper Nelly was scolded by fans for telling her to ‘cover up’ after she posted a very revealing snap.

The pop star posed in front of a mirror in a white walled bathroom filled with framed photographs, grasping a hair straightener and styling her long blonde locks in front of her shoulders.

She wore a sheer mesh bodysuit with a plunging neckline, which she adorned with silver necklaces and chains.

She opted for a natural makeup look but with bold pink lipstick. Madonna captioned her post with: “I do my best work in the bathroom,” and ended with a few suggestive emojis.

Two of them, a film camera and a pen writing on paper, could imply that she is working on something for her upcoming biopic.

The mother-of-six has previously revealed that she is working on a ‘visual autobiography’ of her life and that her daughter Lourdes Leon is in the running to play her mother in the much anticipated movie. “Absolutely cannot wait for this movie! But who is playing you?” queried one fan.

“Beautiful,” wrote one follower, while another left: “You are fire!”

The recent feud with Nelly was sparked by another of Madonna’s risqué photoshoots.

The 63-year-old singer posed on a silver car with her back to the camera, leaving little to the imagination as she lifted up her long trench coat to reveal her behind. She wore a black chauffeur’s hat with black heeled boots and a long black trench coat, complete with tassels and the slogan ‘God Save The Queen’ emblazoned in gold on the back.

Madonna shared the saucy snap, which gave her fans a clear view of her buttocks, but 47-year-old Hote in Herre rapper Nelly shared his controversial thoughts in the comments. He wrote: “Some things should be covered up,” which sparked an outcry from her loyal fanbase.

They retaliated in defence of the Vogue singer, telling Nelly that his comments were "f***ing disgusting", that he would never say "any of this s*** to her in person" and that the rapper was trying to "cyber bully this person for the way she looks".