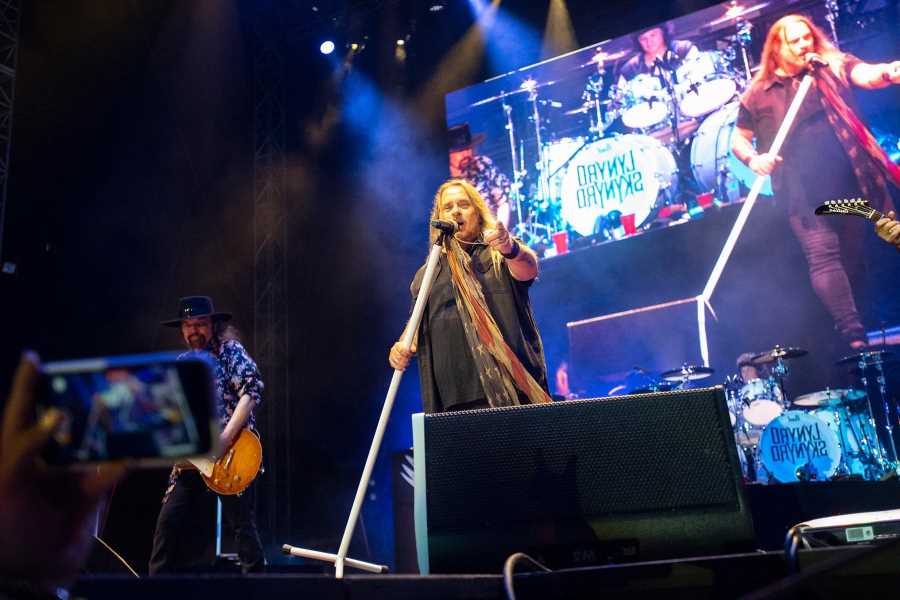 Farewell tours are so 2020. After the pandemic derailed Lynyrd Skynyrd’s Last of the Street Survivors Farewell Tour, the venerable Southern rock band are resuming and rebranding their trek: The Big Wheels Keep on Turnin’ Tour kicks off June 13th and includes 30 dates into November.

“Covid turned our world upside down. And since that time, we have been talking amongst the band, and realized that music has such a way of healing. Maybe it’s not our time to go,” Rossington said. “And maybe it’s our time to lift people’s spirits and lives and bring back some joy and happiness after so much turmoil this past year. We’re still standing, still keeping the music going.”

Lynyrd Skynyrd performed their first show since the start of the pandemic this past weekend, headlining the opening night of the Pepsi Gulf Coast Jam in Panama City Beach, Florida.

The Big Wheels Keep on Turnin’ Tour includes an array of special guests, including Eighties rockers Tesla on most dates. Kansas, Joan Jett and the Blackhearts, Blackberry Smoke, Allman Betts Band and the Marshall Tucker Band will also appear on select shows.

In April, Synyrd released Lynyrd Skynyrd: Live at Knebworth ‘76, a DVD, CD and LP set documenting a classic-line performance from the U.K.’s Knebworth Festival in 1976.