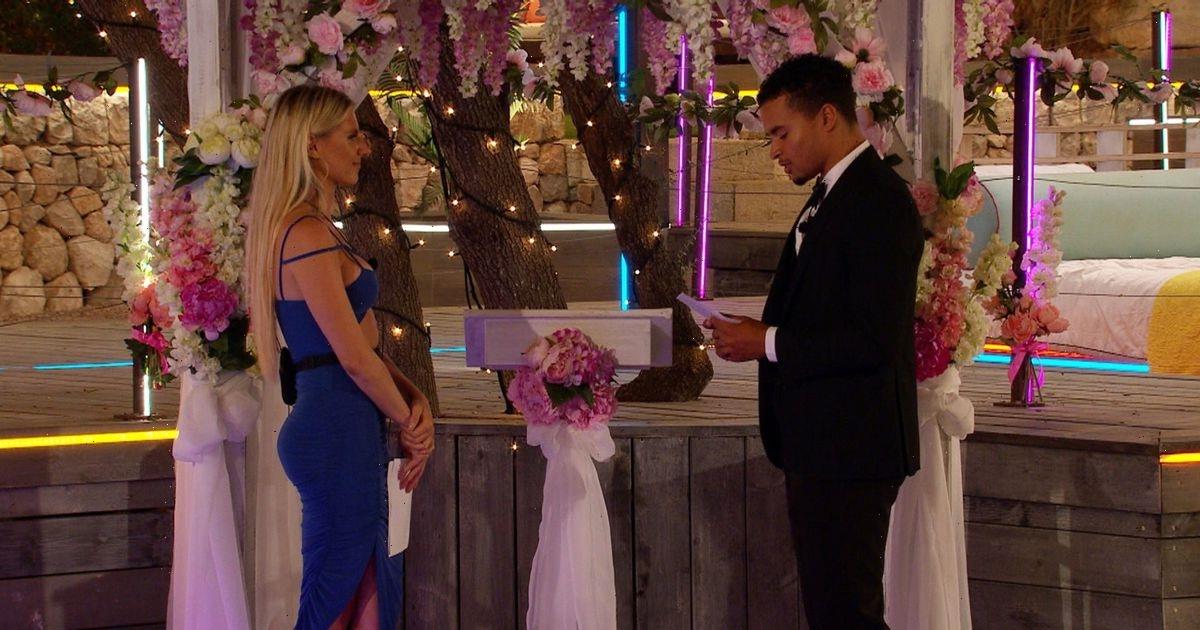 Love Island runners-up Chloe Burrows and Toby Aromolaran took their relationship to the next level when they became boyfriend and girlfriend during the final episode of the series – and now they're already planning their next steps.

The couple had a rocky ride, but after Toby returned from Casa Amor and spotted that Chloe had moved on after he ditched her just before he left, he realised the error of his ways.

The duo soon rekindled their romance and have gone from strength to strength since – and it looks like the next big step is on the cards.

Chloe joked about marriage during the Love Island live final, but following her exit chat, it seems she hasn't changed her mind.

She confessed that she hopes the proposal will be "imminent", but Toby told her she needs to pop the question, which she said she would "never" do.

Toby added he did want to be married in the future, and Chloe is looking for a flamboyant proposal.

Chloe said that as a nod to Love Island, she wants to get married at the villa, and she's already planned which islanders will be involved in the wedding.

She said Millie will "100%" be her Maid of Honour, adding that Liam can officiate the wedding, but she also expects to be Maid of Honour for Millie and Liam.

Chloe said: "We all started our journeys together on the day bed on the same day in time, so to see us all in the final, it's like we'll definitely be in each other's lives."

As for their romance, it seems distance isn't going to be too much of an issue as a few of the girls have discussed moving into a place together in Essex, as have a few of the guys – like their own mini villas.

Toby is already based in Essex, so the set up has certainly worked out well for him.

The pair certainly had the entertainment factor during their time in Love Island, with viewers immediately hailing them the funniest couple on the show.

Fans loved them together despite the pair getting voted in the bottom a handful of times before they eventually sailed right through to the final.

Although they didn't win the top prize, they've had an abundance of support from their loyal followers.