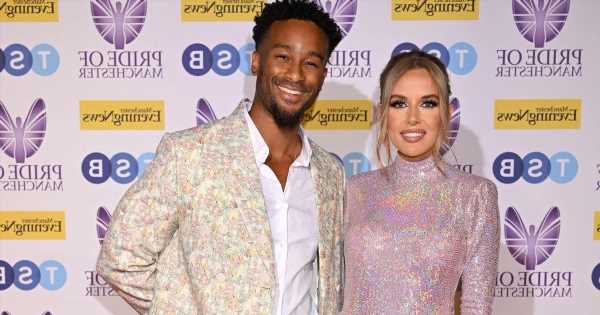 Former Love Island beauty Faye Winters has lashed out at her former co-stars branding them "k***heads."

The 2021 finalist didn't hold back as she gave her scathing opinion on her fellow Islanders with whom she spent the summer living in the luxury Villa last year.

Viewers saw Faye have a series of heated rows during her stint on Love Island including with boyfriend Teddy Soares who joined her on the red carpet at the Pride Of Manchester awards on Tuesday (May 10).

Talking exclusively to Daily Star, Faye admitted feeling that some of her fellow contestants were not her kind of people as she slammed them and confessed feeling it was obvious who she may be referring to for anyone who had watched the show.

She said: " Just a few of the knobheads that went in it. There’s plenty that I could tell you, you don’t even need to watch me on the show and you know who I like and don’t like."

Despite her negative feelings towards some of her fellow love-seekers Faye revealed that she wouldn't change anything about the experience looking back at her time in the Villa.

She continued: "I can’t fault any part of Love Island and I think don’t fix what’s not broken "

Agreeing with his girlfriend Teddy – who entered the Villa as a bombshell – seconded her opinion as he too proclaimed that he wouldn't change a thing about his time in the Villa as it had brought the couple to where they are today.

Faye very famously had a series of explosive rows with her fellow Islanders – including Chloe Burrow and Toby Aromaloran, Jake Cornish and Brad McClelland.

She also had an epic falling out spanning several days with Teddy after she believed he had been cheating on her in Casa Amor, leaving viewers distraught.

The pair eventually reconciled and went on to be runners up in the final, losing out to friends in the Villa Millie Court and Liam Reardon.

The MEN Pride of Manchester Awards, in partnership with TSB, will premiere on YouTube at 7pm on Tuesday 17 th May.