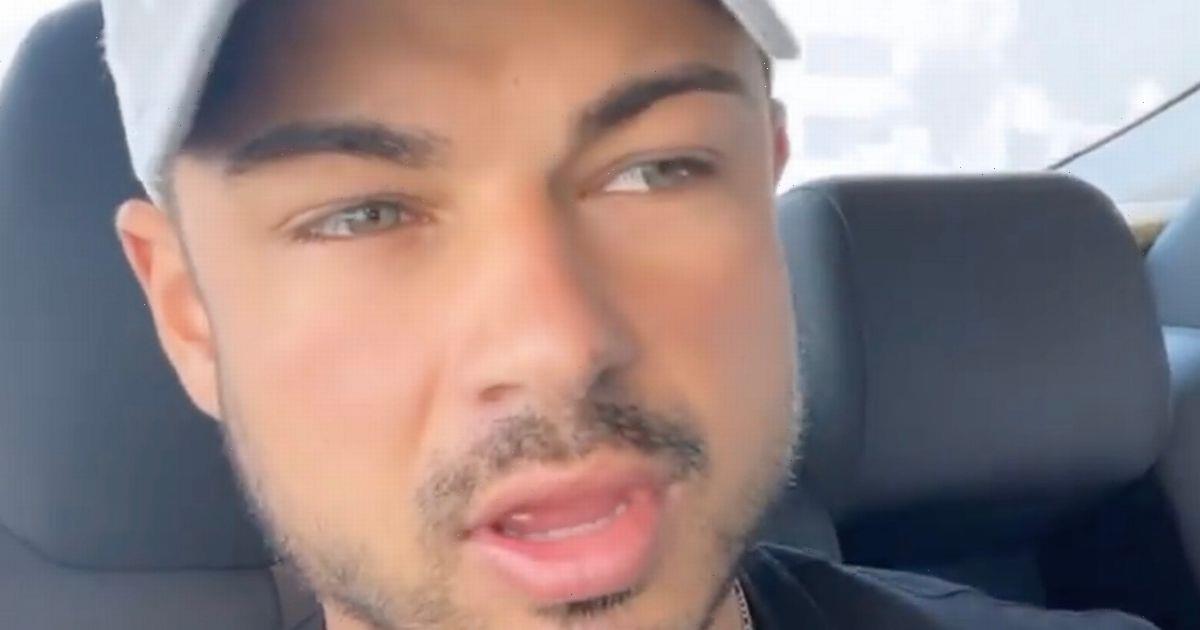 Love Island'sAnton Danyluk "blessed to be alive' after a horror car crash with a bus in Dubai on Wednesday.

The 27-year-old shared a shocking picture to social media of his car bonnet completely destroyed.

The snap shared to the reality stars one million followers showed an exploded airbag inside the car and the number plate had been ripped off from the impact of the accident.

He penned to the Instagram story: “Those who drive in Dubai will know the drivers are mad out here always rushing about. You have to have eyes in the back of your head.

“Feeling blessed to be alive after this last night [red heart emoji]. I will update you all later to what happened but I’m okay just feel so grateful that no one was hurt.”

Anton walked away from the accident uninjured, he later explained the full story in videos.

He said: "I’ve had loads of messages asking if I’m okay so yeah, I’m absolutely fine.

“Basically, last night when I was driving home from the gym, a bus came across me.

"People know what it’s like, the guys driving in Dubai are always in a rush to get places.

"A bus basically came across me and he braked hard because he went over a speed bump. Then I’ve went into the sort of side and back of him.

“I don’t know how I’m okay. Airbags are obviously a good thing. But yeah, I’m okay. We move. Car’s damaged but it’s a rental so it doesn’t really matter. Wouldn’t matter anyway. The main thing is I’m okay so thank you for the love.”

Later that day, the bodybuilder went to the gym and told fans: “Car accident or not I’ve got a show to win.”

Anton told The Scottish Sun why he decided to leave the celebrity lifestyle.

He said: “I want to give up the celebrity life, I’m not interested in it at all and just want to focus on bodybuilding and being taken seriously in the industry.

"I’ve always been in control of my own destiny with having my own businesses and so relying on whether this TV show is going to happen or if I’m going to get a deal in, I just don’t like it.

“I don’t like the people in the industry. Nine out of ten people are fake, people are negative. It’s just negativity constantly.”