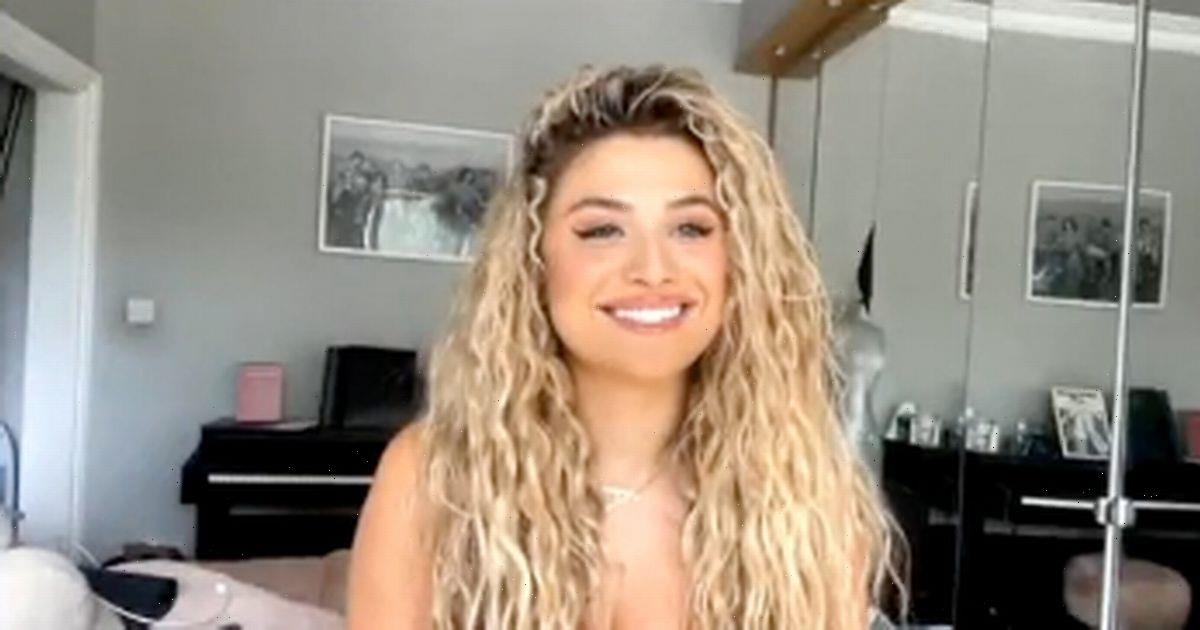 Love Island star Antigoni Buxton has spoken exclusively to Carly Hacon about her time in the villa and her super glam parents.

The 26-year-old entered the villa during the early stages of the programme and made good friends with the cast, but failed to establish a connection with anyone before she was voted off the show.

In a brutal dumping, Danica was chosen over Antigoni and she had to say goodbye to her fellow islanders.

Unfortunately she only made it to day 25, but the singer has said there was one particular reason why she wished she had made it to the final.

During a Facebook Live interview, Antigoni said: “One of the main reasons I really wanted to make it to the final [was] just so my parents could have come in looking like bombshells!” The star continued: “My dad was playing it down but he definitely loved it. There were so many headlines: ‘Antigoni’s hot dad’! There was one article that didn’t even have anything to do with me! It was like: ‘Antigoni’s beautiful sister graduates with a first in Maths and poses next to hot dad’! It was really nice.”

Antigoni’s parents hit the headlines after the blonde bombshell entered the villa and they posed for a glamorous snap which went viral.

Her mum wore a tiny bikini and sunglasses as she stood with Antigoni’s father, who wore a pair of swimming trunks and dark shades.

Fans of the show were amazed at their sense of style and impressive figures.

When asked whether she would have been worried of her parents stealing the show, Antigoni was unphased and encouraged them on.

“I would have loved it! Regardless, two things I really wanted [to do if I had stayed until the final] would have been to have my parents come in, love that, and the talent show!”

Antigoni admitted that she was “gutted” she didn’t make it to the talent show and confirmed that she would have treated the islanders to “one of her songs”.

She then reached out to ITV bosses and joked: “Shout out Love Island producers, come and get me back in as a guest star, as a performer for the next season!”