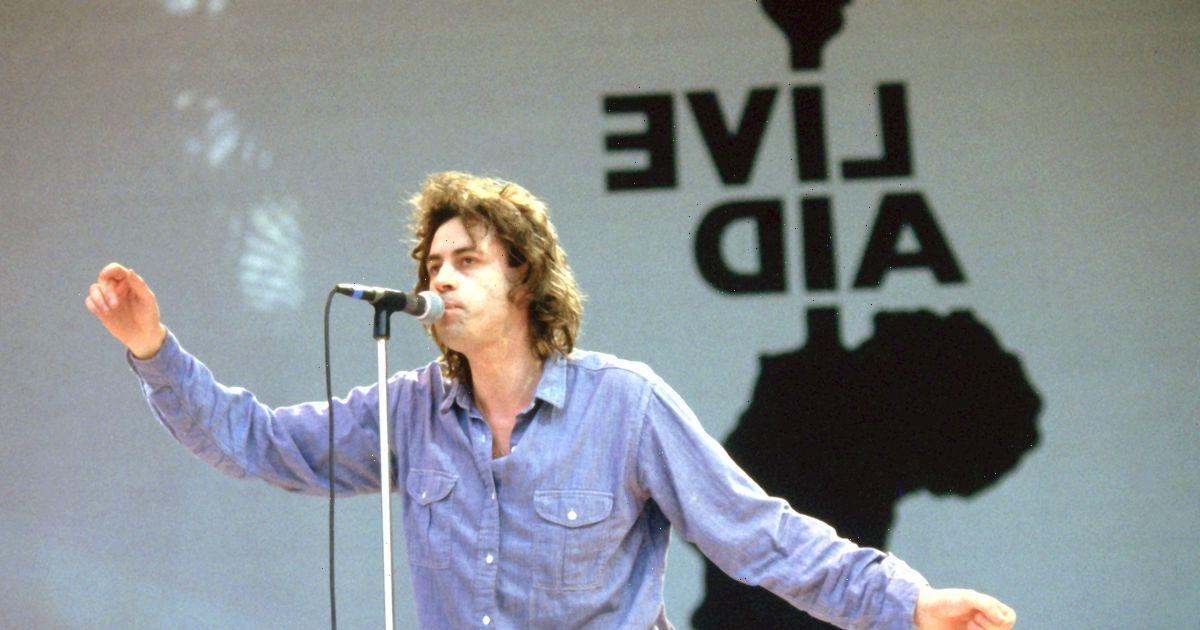 Speaking at a special event celebrating Live Aid and the centenary of the BBC, as part of the BFI and Radio Times TV Festival 2022, Sir Bob Geldof revealed some behind the scenes secrets about the famous event.

The Boomtown Rats singer and spark behind Band Aid and Live Aid shared the moment he was inspired to hold a global broadcast – and how the concert finally came together with help from across the world, as well as bonds with a few famous faces.

READ NEXT: Freddie Mercury 'chased' someone down street after pal 'accidentally sold his coat'

To celebrate the iconic event, we're taking a look at what really went down behind the scenes.

Live Aid is one of the world's most famous charity concerts – but it was not always the plan to host concerts around the world.

After Bob Geldof recorded We Are The World with USA For Africa, the star's initial idea was to have a Christmas broadcast in 1985 of stars from USA For Africa and Band Aid performing their charity singles.

He said: "Now, you've got these two platforms. Everyone has signed up. They're now all members of this club. This can be taken somewhere else.

"At the USA for Africa thing, it strikes me that and I say, 'this may not be the last time you hear from me'."

"We bring Band Aid and USA For Africa together for a Christmas broadcast of those two songs and that would work."

However, Bob instead decided to use the satellite technology of the time in a different way after suggesting the idea of a concert to The Band Aid Trust and rock music promoter Harvey Goldsmith.

"I go back to the Band Aid Trust and the head of the BBC at the time, Michael Grade – now Lord Grade and Chair Of Ofsted. Michael is still one of the trustees [of Band Aid] along with Midge [Ure].

"Harvey Goldsmith who is the great British impresario. Rock and Roll doesn't really happen in this country without Harvey putting on all the acts from the 1960s onwards.

"I said it could work, and there must now, thinking of Sputnik, thinking of Telstar, there must be enough satellites in the sky, that we could talk to each other for the first time."

Live Aid famously included concerts from both Wembley Stadium in London and JFK Stadium in Philadelphia, as well as music performances from countries across the world.

The technical power required to broadcast the concerts into homes around the world meant multiple satellites being utilised to beam Live Aid onto our TV screens – with Bob revealing how this was possible.

"As to the TV thing, they came over and they said they'd do the satellite linkage for us.

Bob also credited people including Michael Appleton from The Old Grey Whistle Test and the involvement of the BBC for helping to make Live Aid a success.

"We went in to the BBC and that's where the importance, the primary importance, of an objective national broadcaster is key.

"In that one institution, is an assemblage of talent of technicians, of creatives, of managers, who have produced and continue to produce some of the greatest content the world has ever seen.

"I tapped directly into that lifeblood, and it all came to the party. That's why it's remembered, because of that centre of genius."

Live Aid featured an all-star line up of some of the world's greatest artists including Queen, Madonna, The Who, Paul McCartney, Tina Turner, Mick Jagger, Phil Collins, Status Quo and many more.

However there was one artist who featured on USA For Africa We Are The World, who could not perform at Live Aid – Bruce Springsteen.

Bob revealed that he followed Bruce on tour to try and convince him to perform, with the singer revealing the reason why he couldn't be at Live Aid – and the sweet donation Bruce made instead, which made the Live Aid concert in Wembley possible on the day.

"Springsteen had just got married, he wasn't going to do Live Aid. He was the hot shot at the time," said Bob.

"I followed him on tour and Harvey was doing the tour. I just lurked backstage and he said 'hi Bob' and I was like 'hi Bruce' and he said 'I'm not doing it'. I said, 'I know I've just come to see the show'.

"Eventually he sat down and said, 'I can't do it, I've just got married. I've been touring for 42 days – if I don't take her on honeymoon it's over – but you can have my stage.

"I'll leave the stage, I'll pay for the stage.' So that's what Bruce did."

Live Aid is hailed as one of the greatest concerts of all time – but understandably, anything could have gone wrong on the day.

As such, Bob Geldof explained the fears that he constantly felt when organising the event – and how he'd sweat constantly with worry.

He said: "On the day, I'm on this organisation continuum and I'm really worried.

"I'm tired, I don't think it's going to kick off. I'm not sleeping.

"That expression of cold sweat – I thought it was a metaphor for fear – it is, but do you actually sweat cold.

"Paula would put towels underneath me at night, because I was afraid.

"I was afraid it would just be The Boomtown Rats for 17 hours and even I might find that a bit tedious!"

Ahead of the event, Bob Geldof formed a bond with the late, great TV icon Sir Terry Wogan, who would allow Bob to appear on his talkshow Wogan to announce the latest news about Live Aid.

Bob would also use his appearances to ask for help from volunteers and people who would provide technical support with the logistics of the Band Aid Trust's work.

He said: "Another BBC show that people might remember was the Wogan show – Terry Wogan, a television genius.

"Terry just let me use that as a noticeboard and he'd say, 'Bob – Bob's here tonight again. What's the latest?' and I'd just say, 'What I need is this'."