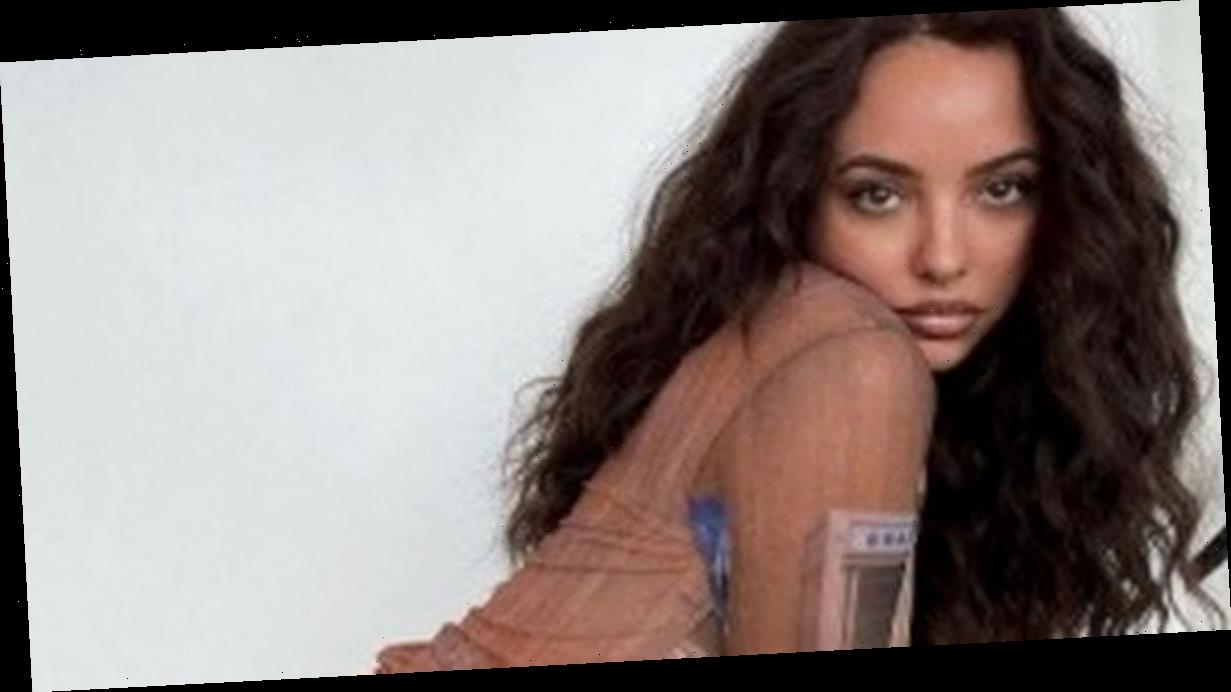 Jade Thirlwall commanded attention while "bored at home" as she stripped down to some nude knickers for several sexy snaps.

The pop star flashed the flesh as she put on the displays in a pair of nude knickers.

Sitting just underneath her belly button, Jade flashed a little bit of her abs as she rolled around on the floor of the photoshoot she had set up herself.

Bored in her home amid the UK's lockdown, the star made her own photo studio and took the pics.

The first one she uploaded was of an edit made by Thomas George Wulbern of her sitting on the floor in the knickers.

In the second pic, Jade could be seen sitting in her living room as she hid half of her face behind her arm and hair.

Perched on her knees, Jade placed her hand on her head as she stared directly into the camera lens.

In the third picture she uploaded she could be seen leaning forward and curving her back slightly as she posed more seductively.

Leaning her head against her shoulder, again the minx proved she knows how to model as she looked directly into the camera lens.

Showing off her horror-themed top, the fourth snap showed Jade laying on her back as she flashed the front of the graphic tee.

On it featured the iconic twin girls in blue dresses from the Stephen King film The Shining.

It comes after Little Mix's management have started an investigation after the group's first single as a three-piece following the departure of Jesy Nelson leaked online.

In the track, Perrie Edwards, Leigh-Anne Pinnock and Jade Thirlwall sing about moving on from a break-up over synths.

The music video is set to be filmed by the trio in the coming weeks.

A source told Daily Star Online: "Little Mix's management are looking into how the song appeared online as a matter of urgency.

"Heartbreak Anthem is a sugar sweet pop collab with David Guetta and Galantis – it has a 2011 vibe.

"No artist wants their music to leak ahead of it being announced but with this being Little Mix's first single without Jesy it's even more frustrating."