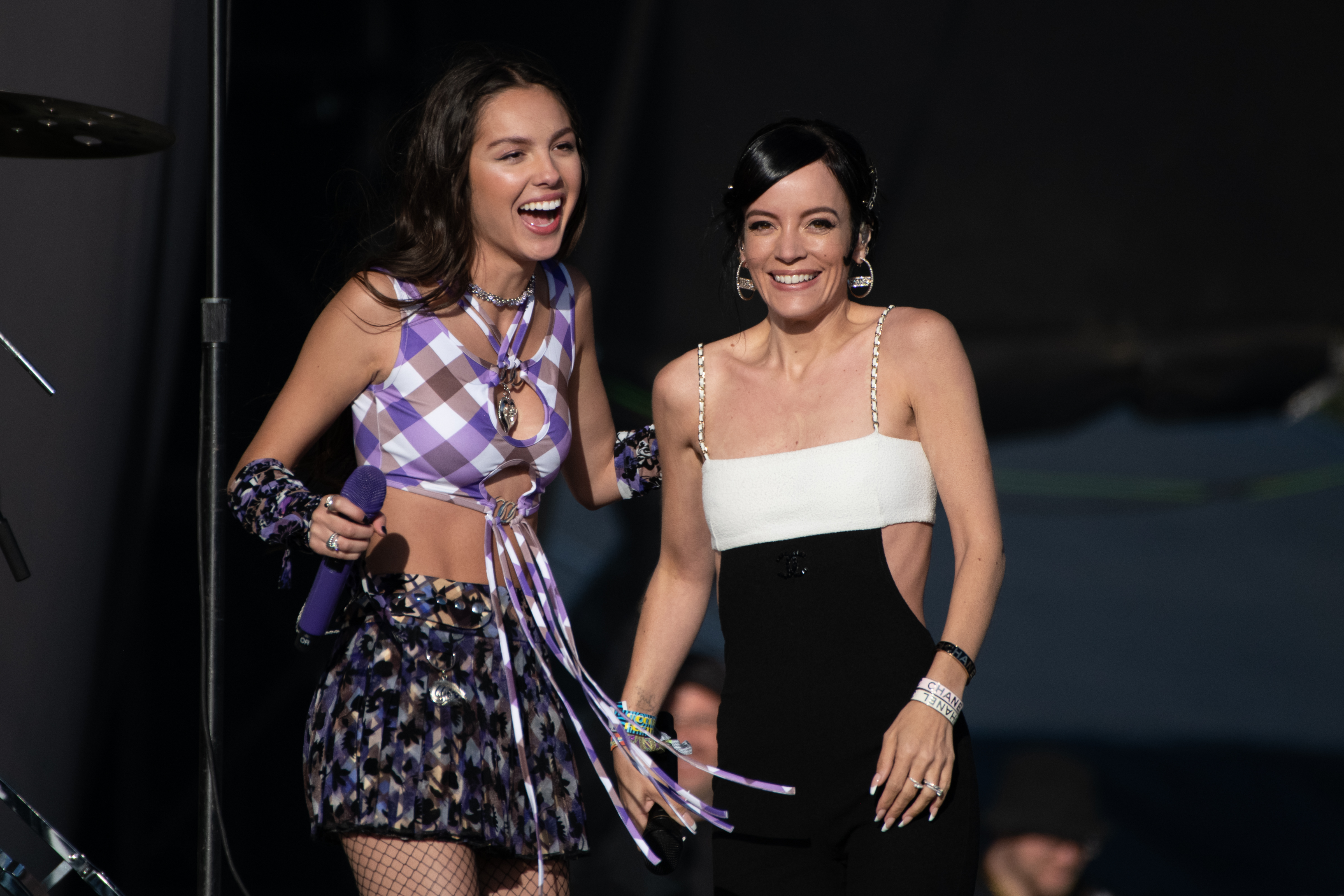 Lily Allen has revealed it was an emotional experience being at Glastonbury this weekend, as she approaches her third year of sobriety.

The Smile singer gave the Glasto crowds a pleasant surprise when she appeared on stage during Olivia Rodrigo’s performance on Saturday.

Together, the pair duetted on Lily’s hit 2009 song F**k You in response to the Supreme Court overturning Roe vs Wade in America this week. It was announced that the Supreme Court had decided to reverse a decision from 50 years ago, putting an end to guaranteed abortion rights.

Lily, who attended the festival with her two daughters Marnie Rose and Ethel, reflected on the moment she shared with drivers license singer Olivia in her Instagram stories.

Alongside footage from the performance, she wrote: ‘So overwhelmed watching this stuff back in the car home. So many emotions. My babies got to see their mamma slay Glastonbury with their favourite pop star today. I actually made them proud!

‘And with nearly 3 yrs sobriety under my belt. So happy.’

The 37-year-old has been open about her sobriety journey, which she began in 2019, and explained that she turned to alcohol and drugs to gain confidence.

Before Lily arrived on stage, Olivia, 19, told the audience: ‘Today is a very, very special day. This is actually my first Glastonbury, and I’m sharing the stage with Lily which is the biggest dream come true ever.

‘But I’m also equally as heartbroken.’

She then went on to address Roe v Wade, saying: ‘I’m devastated and terrified and so many women and so many girls are going to die because of this.

‘I wanted to dedicate this next song to the five members of the Supreme Court who have showed us that at the end of the day, they truly don’t give a s**t about freedom.

‘This song goes out to the Justices.’

She added once their performance had ended: ‘Wow, I’m going to cry, remembering that moment for the rest of my life.’