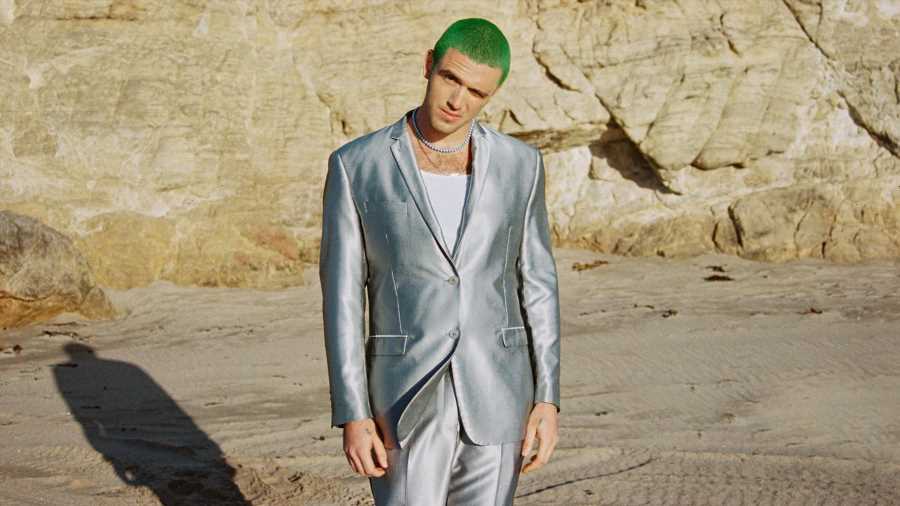 Lauv is hella in love — we’re kinda jealous. On Thursday, the singer released the music video for his new single “All 4 Nothing (I’m So in Love)” — and it features a cameo from his girlfriend Sophie Cates, who co-wrote the track.

Accompanied by the sounds of the ocean, Lauv — complete with lime green hair and a full suit — expresses how the feelings of love have completely taken over.

“Ever since I played the album for my friend on his boat, I fell in love with the concept of water and being at a surrender to the elements,” he tells Rolling Stone. “I also wanted to incorporate elements of childhood, as this album really was a process of revisiting childhood and the concept of childhood light and energy, so having the bus submerged was an even sicker moment to me.”

Lauv says the lyrics take direct inspiration from his own relationship with his girlfriend and how he “realized I was so in love and there was no going back.” Part of that realization came during the pandemic since Cates was “bringing all this light and growth in my life and I was so afraid to lose it.”

The track is set to be a part of a full-length LP, All 4 Nothing, which he created over a lengthy and intense period of time. “[I was] rethinking a lot of things in my life, finding balance, and revisiting childhood and my innate light,” he says about God and the record. “I felt like I had lost touch with it before, so thank God for therapy and meditation and the fact that I was able to make this album.” The record is due out in August.

Earlier this year, Lauv released single “26,” and joined DallasK on “Try Again” last year. If you’re not familiar with his girlfriend Cates (who used to go by the stage name Silver Sphere), listen to her tracks “Ghosts!” and “Handle Me.”