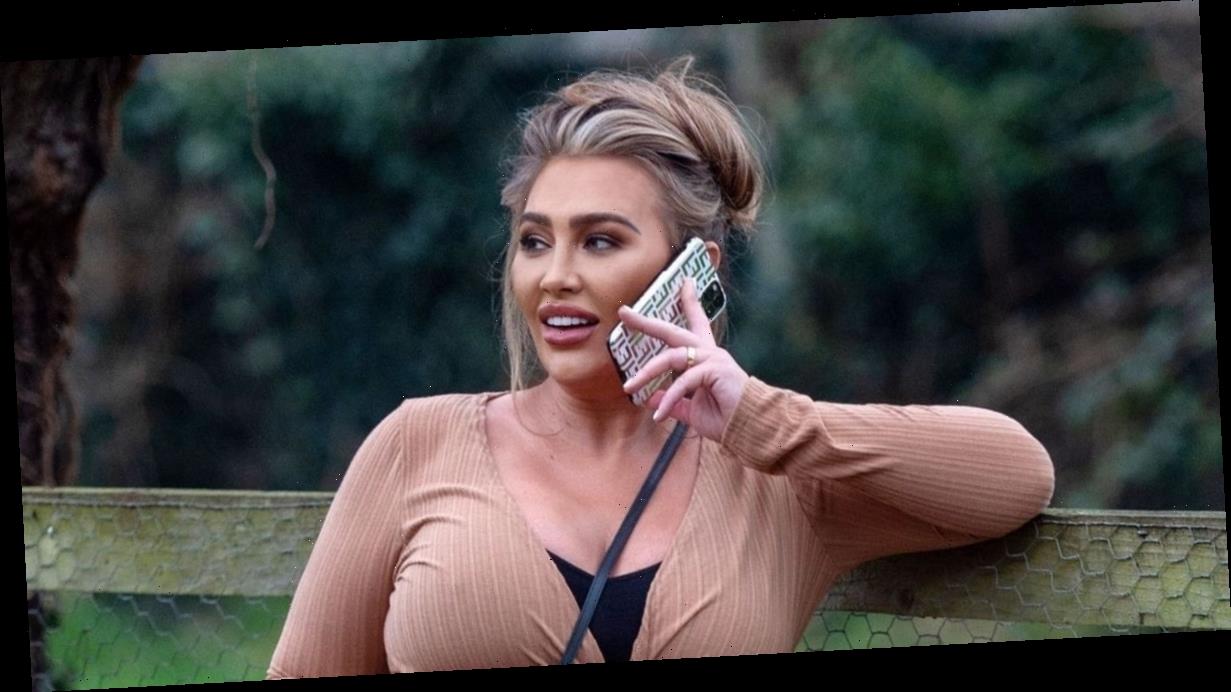 Lauren Goodger has taken to the streets in a very stylish outfit as she flaunted her 20 week baby bump.

The Only Way Is Essex former reality TV star, 34, who recently shared a snap of her 20 week scan, is currently expecting her first child with her boyfriend Charles Drury.

Charles is the ex-boyfriend of former glamour model Katie Price and it is reported their relationship ended at the start of 2020.

Lauren is now expecting with the dad-to-be and the pair have been dating for several months.

Taking to a park amid lockdown, Lauren strutted her stuff as she showed off her bump.

She opted for a nude-illusion two-piece which clung very tightly to her curves.

Showing off her curvy frame, Lauren wore a loose-fitted cardigan which was tied at the waist and sat on top of her bump.

Lauren wore a black vest underneath and seemed to go braless for the occasion.

Clutching a Louis Vuitton bag which sat around her body, she sported a white manicure.

Lauren wore her blonde locks up for her walk in a messy up-do as her brunette roots shined through.

The star was pictured posing against a fence as she appeared to be on a phone call or using it as a prop for her moment.

Stood alongside pretty country scenery, Lauren looked relaxed at home as she strolled around the streets.

It comes after fans believe Lauren accidentally gave away the gender of her baby with a cryptic post.

On Valentines Day, Lauren posted about gifts that her boyfriend had given her when fans noticed the word "girl" on one of them.

The couple posted a series of loved-up pictures with them together and the gifts Charles bought her.

They included a picture frame her boyfriend had given her featuring an image of their baby’s ultrasound scan.

At the bottom of the picture fans spotted the words “a girl’s” before the image cut off.

Her boyfriend, Charles Drury, is believed to have dropped another hint after writing a card to Lauren from their baby-to-be but left the name blank.

It left fans guessing as it suggested they already know the gender and have picked a name for their child.