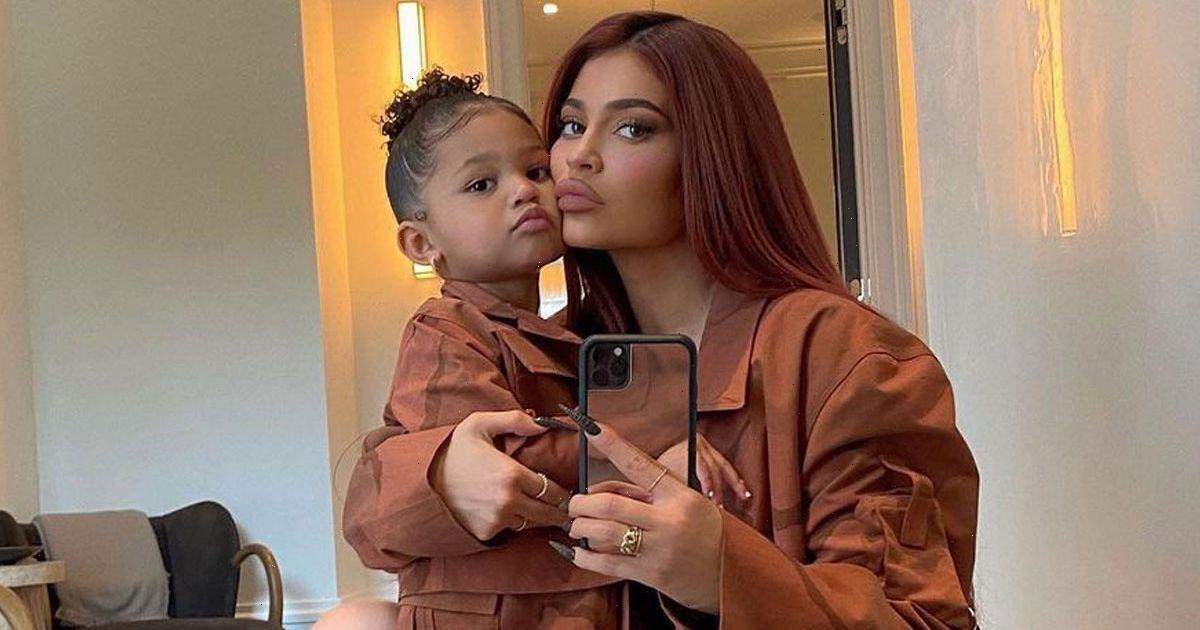 Kylie Jenner has been accused of "dangerous" parenting after she shared a video with her four-year-old daughter Stormi Wesbter getting their nails done at a salon on Tuesday.

The makeup mogul, 24, posted a montage to her fans of the different stage of the pair's latest nail look, but some fans believe the tiny gemstones seen on Kylie’s nails could pose a choking hazard to daughter.

Kylie's nails included a nude pink colour and she had diamantés stuck to the tips.

And fans saw that Stormi opted for an orange nail colour and also had the gems fastened on to her nails also.

At the end of the clip the mother and daughter duo placed their hands next to one another to show off their polished manicures.

One sarcastically quipped on Reddit: "Lemme just glue some choking hazards on my toddler's hands."

But, some defended Kylie as one wrote: "No hate to you but this is a reach- the most those gems will do if ingested is come out in her poop and she’ll be s***ting diamonds as we all know the KJ’s do."

"Lol Stormi is 4 and a half, not a toddler anymore," another said.

While others said the nails were "unhygienic" as one said: "I find long nails so unhygienic and gross, but you do you lol. I can’t see how you can take care of a baby with long nails either".

"I was thinking how annoying those nails would be to change diapers in multiple times a day, she must not be," another added.

"Imagine changing a poopy diaper with those… as if she has," a third wrote.

"Pov : it’s real diamond," another added while a third wrote: "bet you those are real diamonds".

It comes after Kylie was branded a "climate criminal" after taking a 12-minute trip on her private jet.

The journey would have taken just 30 minutes by car, but instead hopped on her luxury 'Kylie Air' flight, which she had to drive 30 minutes in the opposite direction to board.

Later, Kylie posted a black and white photo of herself and beau Travis Scott posing in front of their jets, which she captioned: "You wanna take mine or yours?"