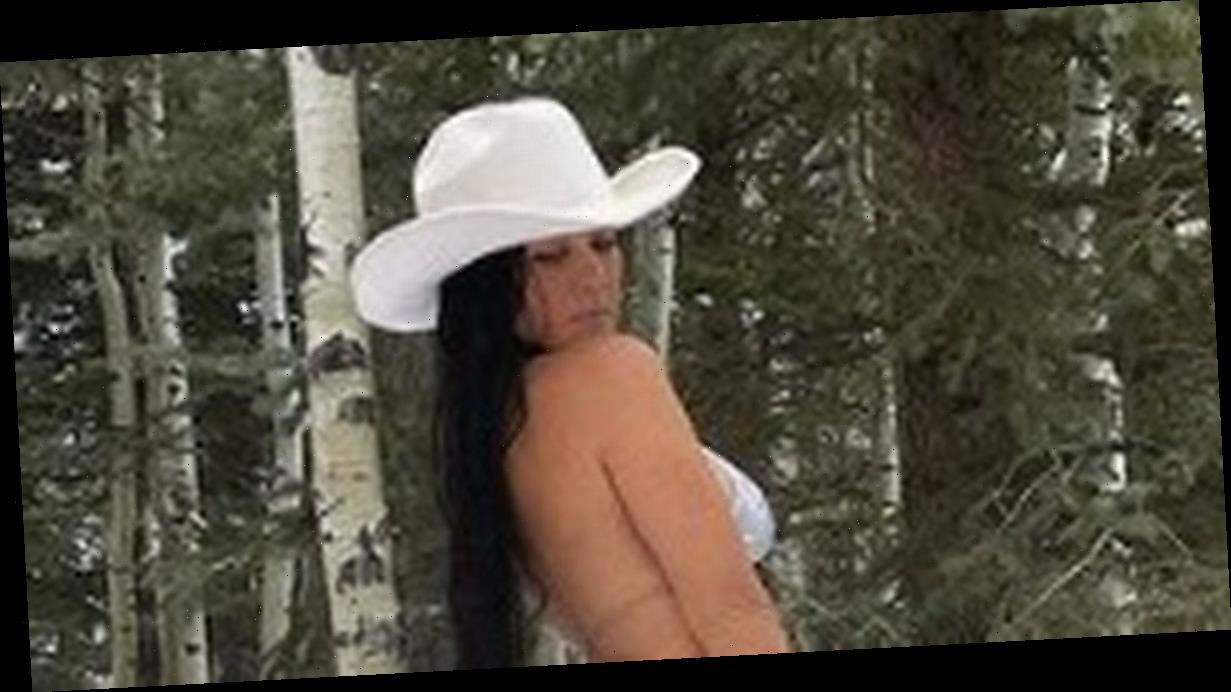 The oldest of the Kardashian siblings Kourtney Kardashian is not going to be outshone in the racy photoshoot stakes by her sisters.

Kourtney, 41, looked incredible as she donned a skimpy silver bikini which showed off her incredible curves in all their glory.

She left her raven-coloured locks to fall in loose mermaid waves down to her booty and also went understated in the makeup stakes, allowing her show-stopping outfit to do the talking. Kourtney is currently in her family's favourite vacation spot of Aspen, Colorado enjoying some skiing.

She captioned the series of photos: "How's your Aspen?", as fans flocked to shower praise on the stunning shots.

One social networker gushed: "Best ski outfit of all time."

While another continued: "Holy wow," followed by a fire emoji.

Kourtney's sister Khloe recently called out one of Kourtney's former beaus on the finale series of Keeping Up With The Kardashians..

During the episode, Khloe, 36, asked Kourtney if "what's his name" was still in contact with her.

When Kourtney said no, Khloe pressed her further and asked: "Do you think he may have been a bit negative for you?"

Kourtney admitted to her sister that the romance had been somewhat negative but beyond that, she kept the other details private and kept the name of her former beau under wraps.

However, Khloe didn't get the incognito memo and took to Twitter to further criticise Kourtney's ex and confirmed they were discussing Younes Bendjima.

"He was sooooooo toxic and negative for Kourt #KUWTK," she claimed. When fans speculated Khloe was referring to Younes, she said: "Yous smart."

Younes has since taken to his Instagram page and shared a cryptic message which read: "Do yourself a favour. Surround yourself with those who speak of visions, ideas, goals, growth. Not those who sit and gossip about others."

"And if you do find yourself in that situation, excuse yourself and walk away. The game ends when you choose to leave such a gathering."