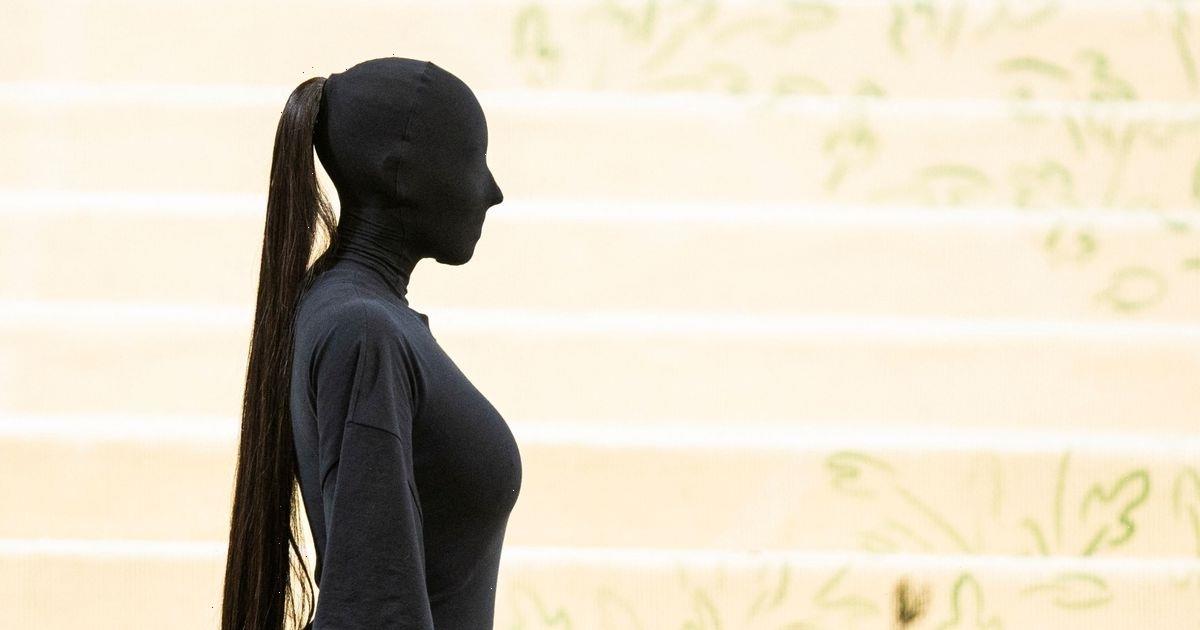 Kim Kardashian has sparked rumours that she's back together with Kanye West after she rocked up to the Met Gala 2021 in a mysterious black dress.

The reality TV queen stole the show at the famous fashion show, which took place at the Metropolitan Museum of Art in New York City on September 13.

The 40-year-old business lady was covered head-to-toe in a stunning black outfit which gave the effect of a silhouette.

Kim's face and body were totally enveloped in the black balaclava which featured a stretch mini dress and tights with a train that gracefully slid along behind her as she graced the red carpet.

Kim topped off the jaw-dropping look with a pair of Knife boots a she sported the custom design that was thought up by Demna Gvasalia, the creative director of fashion house Balenciaga.

The outfit immediately got people talking, with many wondering if it was Kanye who had walked in alongside Kim amid the confusion – which would heavily hint that they were back together.

It follows the former power-couple showing up at numerous events together since their separation.

Kim's dress seemed to be a nod to Kanye as it followed in the futuristic style of Kanye's own all-black outfits whilst he was promoting his new Donda album.

Kanye has recently been sporting a blacked-out head covering similar to Kim's, and his social media profiles are also blacked-out.

However, despite the rumours of the mystery man being Kanye, it was later revealed that Kim entered the gala with Demna, who was matching Kim's black-out outfit with a black hoodie that concealed his identity.

The mum-of-four has been on good terms with Kanye amid their divorce, having appeared at a number of the rapper's events to promote Donda.

On August 27, the pair attended his Chicago concert where she even wore a Balenciaga haute couture wedding dress, in a homage to her wedding to the rapper in 2014.

The pair even left the event hand in hand which added fuel to the rumours of a rekindled romance between the two.

Sadly though, it's since been reported that the 44-year-old rapper has unfollowed Kim on Instagram, meaning he now only follows just 13 accounts.

Kim and Kanye filed for divorce in February of this year, with Kim opening up about the decision to split during an episode of Keeping Up With the Kardashians.

She said: "I just honestly can’t do this anymore.

"Why am I still in this place where I’m stuck for years? Like, he goes and moves to a different state every year. I have to be, like, together so I can raise the kids. He’s an amazing dad, he’s done an amazing job. … I want to be happy."