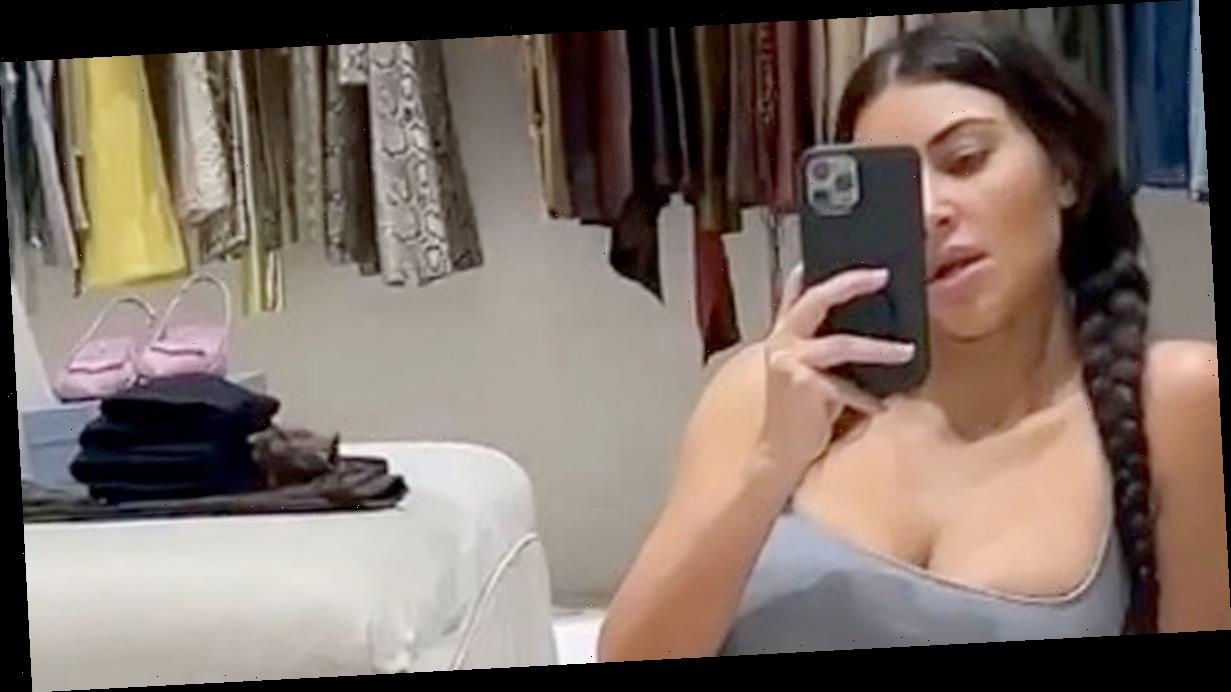 Ever the businesswoman, Kim Kardashian was busy promoting her new cotton Skims range on Instagram stories on Friday, modelling her wares in a floor-to-ceiling mirror.

Hours later, reports emerged the Keeping Up With The Kardashians star, 40, had filed for divorce from her husband Kanye West.

Kim’s representative, Christy Welder, confirmed the reality star had filed the paperwork in a statement shared with The New York Times on Friday evening.

Focused on her business, Kim channelled her energy into advertising the new Skims designs, trying on a series of cotton tees, shorts and underpants for her followers.

Filming herself in the mirror, the mum-of-four let fans know the cotton collection within the shapewear line would be dropping soon, offering natural blends of her favourite undergarments.

First launched in 2018, Kim's shapewear brand has sold over three million units since its inception, and is available to buy everywhere from Selfridges to Net-a-Porter.

Trying on a pearly grey one-piece, she mused: "Okay guys I wanted to show you the cotton new ribbed bodysuits.

"I'm going to show you some of the cotton collection cause it launches soon and it's really amazing. It's super stretchy and amazing."

While the original Skims looks were designed in skintight mesh fabric, the cotton collection is due to be a stretchier take on the capsule shapewear collection.

Modelling a slate-grey T-shirt with matching shorts, she said: "Here is the T-shirt and the boxers. You guys, I love this cotton collection. It's stretchy but it's not crazy stretchy."

Next up, she wore a pale grey tank top with some high-waisted briefs, kneeling before the mirror as she spoke to her fans.

She said: "This one I love, the little tank and the underwear. It's like a thong, super cute. I love this colour too."

Finally, she worked a pair of thermals in a shade of garnet, which Kim revealed is ideal for "chilling" around the house.

The reality star is currently living in her sprawling California home, while her husband Kanye has been spending time at his ranch in Wyoming.

Having first met in the early noughties, the pair married in a romantic Italian ceremony seven years ago, tying the knot near the Northern city of Florence.

Earning the joint nickname "Kimye" over the course of their relationship, they are parents to four children – North, seven, Saint, five, Chicago, three, and Psalm, one.

Kim is hoping for an "amicable" divorce, according to TMZ, with the couple committed to co-parenting together.