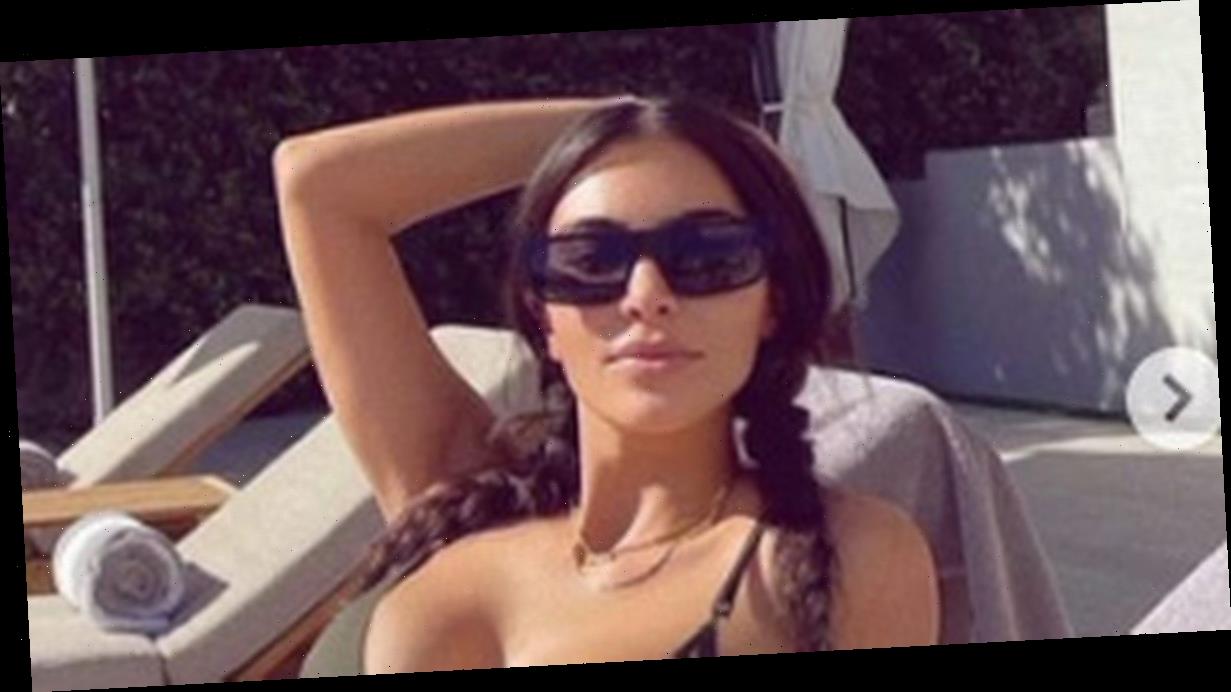 Kim Kardashian has stunned fans with a revealing pool-side bikini display, as the 40-year-old Keeping up with the Kardashians star dropped a sizzling snap on Friday.

In the sun-soaked snap, Kim looks relaxed as she lies back revealing her jaw-dropping figure in a skimpy khaki bikini.

Kim laid back on a beach lounger to show off her washboard stomach and hourglass hips in the plunging bikini top and matching bottoms, leaving her followers very hot under the collar with the scantily-clad display.

It didn't take long for the compliments to come pouring in from her friends and followers, as Kim let her dark hair cascade around her shoulders and kept her make-up simple but elegant. Fans rushed to the comments with one saying: “Gorgeous as always.”

She shared the picture during her marital woes with Kanye West.

The reality star captioned her pic: “Zone out and focus on you”.

Kim is believed to have lost contact with her ex after it was announced they were getting divorced.

The superstar couple made the announcement earlier this year and now are only believed to communicate through security. It is said that Kanye changed his number to cut himself off from Kim.

Her four children, North, seven, Psalm, five, Chicago, three and Saint, 22 months, are said to be looked after by various nannies.

It was reported that the couple had a rough year together but last week it was said that Kim wants Kanye to stay in their children’s lives.

A source said: “He still wants to play a huge role in their lives and Kim would never discourage that… He is no longer living at the house with Kim and the kids. When he sees the kids, he meets them elsewhere.”

It isn’t known when the official divorce date is but the pair aren’t rushing the proceedings.

The insider added: “Kim already feels like she is divorced. They are at a standstill currently and neither of them are pushing [to make the split official]. At this point in time, there is no rush for the paperwork to be finalised.”