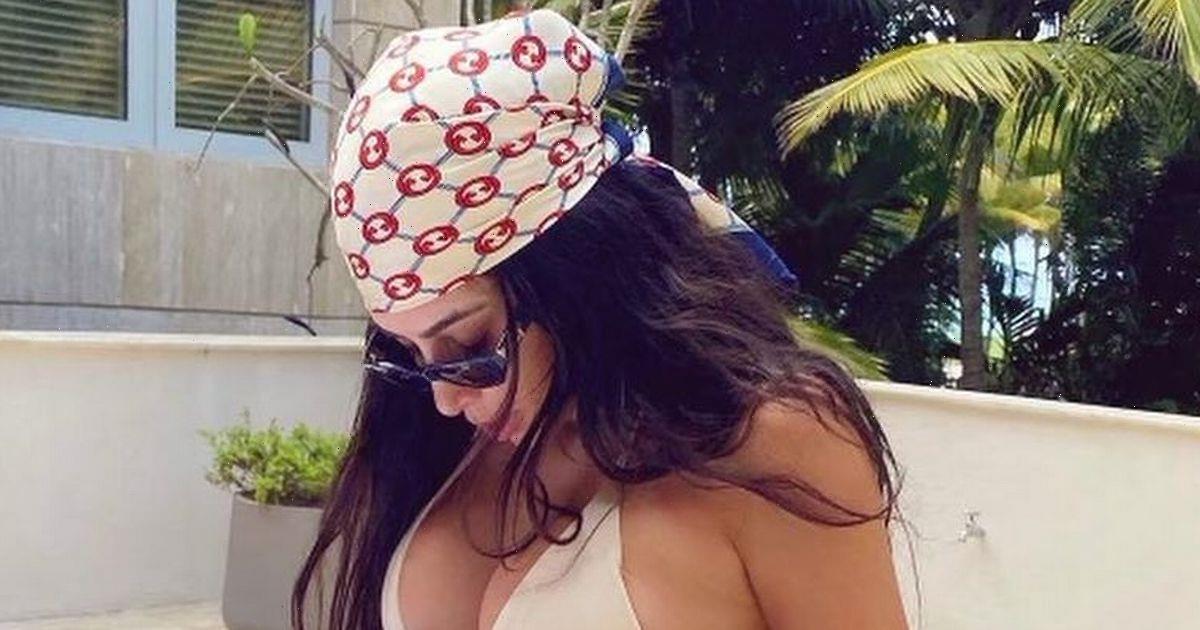 The Keeping Up With The Kardashians star appeared hard at work studying for her law exams while dressed in a tiny swimsuit.

She showed off her amazing curves and famous hourglass figure in a beige bikini which she accessorised with a pair of sunglasses and matching headscarf.

She captioned the radiant pics: “Studying in the Sun” and was fully decked out with her laptop, textbooks and study cards.

Kim proved an expert at giving her fans what they want, managing to study while posing up a storm and flashing her long pins as she draped them across the table in one pic. She finished her look with a pair of Yeezys despite being in the midst of a highly publicised divorce with Kanye West.

Her fans were quick to take to the comments to praise Kim for her good looks as well as inspiring message.

“This is my sign to go back to school,” said one fan.

“Dear lord the things I would do to be that chair right now,” quipped another.

A third commented: “You make even studying for law school look glamorous!”

Her best pal Jonathan Cheban joked: “What law school is this??? Asking for a friend? LOL”.

The reality star declared her desire to become a lawyer in 2019, following in the footsteps of her late father Robert Kardashian.

Robert famously was a member of O.J. Simpson’s defence team in the 1990s when he was on trial for double murder.

Kim recently announced her renewed focus when she said that she would not be undertaking any more projects while studying for her law degree.

Speaking to WWD, the new billionaire said: “I want to finish that, before I connect with something else.“

"I actually am not doing an essay and doing this interview instead, so I’m gonna have to get up really early tomorrow to write like a two-hour essay. So that is really steady and a lot of work."