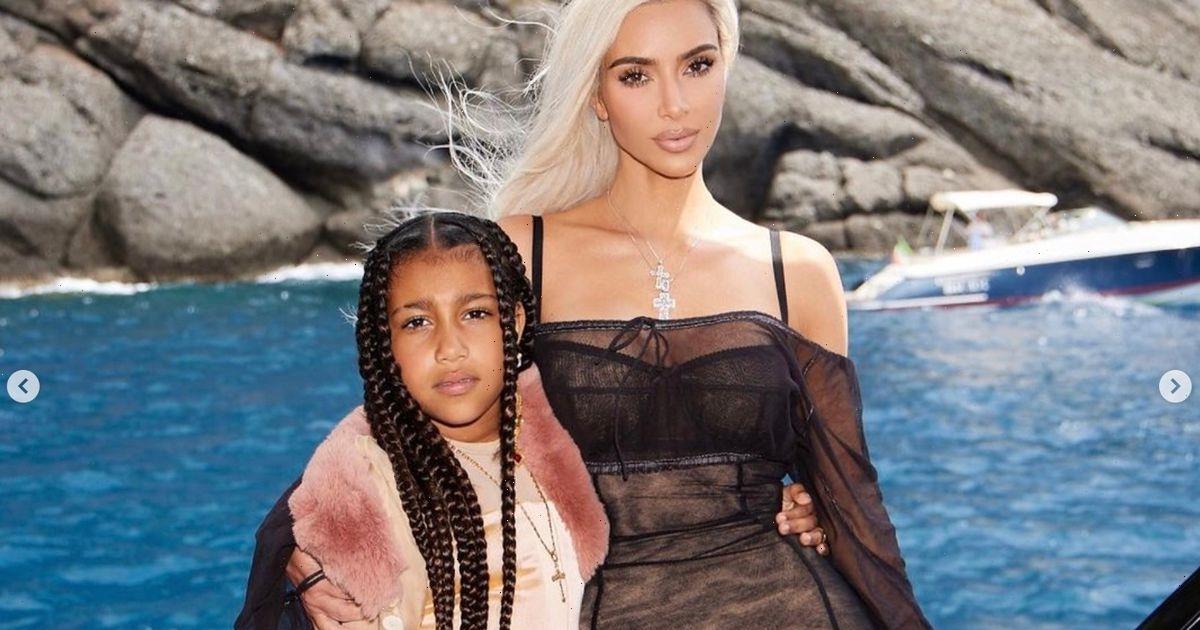 Kim Kardashian has been enjoying some deserved time off with her children and has shared some sweet snapshots on her social media profiles, but some fans have called out the influencer for a “dangerous” move.

The 41-year-old has been spending time at the beach with her children North, Chicago, Psalm and Saint, but one picture of Kim with her eldest has sparked controversy.

They all stood in the sand wearing matching swimwear and Kim wore her long hair in an icy blonde colour as they all grinned for the camera.

Behind them, the clear blue sky and lush green trees acted as a backdrop for their adorable family photos as they fooled around in the sand.

In one picture, Kim knelt on the sand with her four children surrounding her while another showed them standing up as Kim threw up a peace sign with her fingers.

However, a photoset of Kim with daughter North, nine, was not well received after it showed the pair falling over.

North was crouched down underneath her mother as Kim attempted to climb onto her back, but after what appeared to be a few seconds the pair then fell to the ground.

North managed to hold her mum up long enough for the reality TV star to pose with her hand in the air again, but immediately afterwards the pair were laughing as the tide rushed in as they collapsed.

Despite their happy faces and seemingly cheerful demeanour, fans called out the Kardashian sister online.

One person wrote: “Very dangerous for North to be carrying Kim on her back, it could break the poor kid’s back.”

Another agreed and wondered: “Who else thinks Kim just wanted us to know that she’s light enough for her 9-year-old daughter to give her a piggyback ride?”

One sceptical fan slammed the Kardashian sister and typed: “This is screaming: ‘Look how skinny I am!’ Seriously, get off your kid’s back before you hurt her.”

Kim has been under fire for her parenting recently, with particular focus on North’s upbringing.

She recently let North play with special effects makeup and she created a gory injury, which led to the housekeeper to call the police.

Kim told Allure that she had to “let them know it was just a prank,” but online critics branded the move as “not normal”.