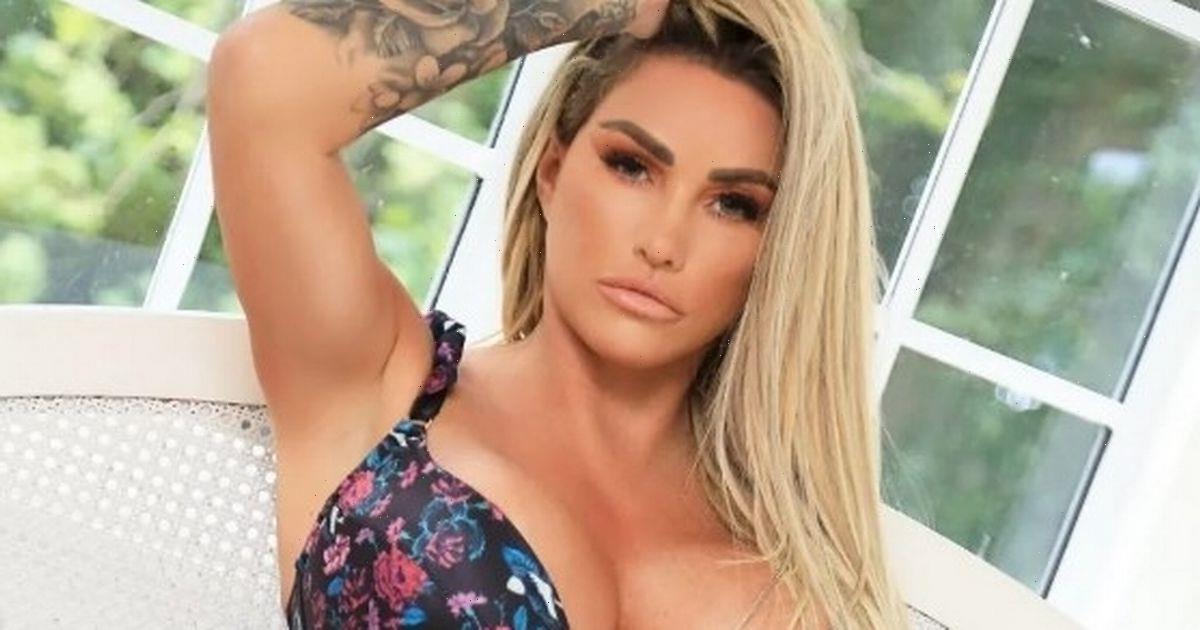 Katie Price has stripped down to her underwear for a sexy photoshoot and urged fans to take a look at her OnlyFans profile.

She left her 2.6million Instagram followers in awe as she showed off her famous curves to the world and advertised her less-than PG profile.

The picture showed Pricey dressed in lace lingerie and little else as she gazed down the camera lens while she posed with her hand between her legs.

READ MORE: Katie Price gutted as dog goes missing during her 11th holiday of the year

She wore a full face of makeup with false eyelashes, contour and nude lipstick while her blonde hair was worn in a ponytail.

The red and black bra pushed her assets up as high as they could go and she paired the lingerie with black knickers.

Katie looked sun-kissed as she posed with one knee up, balanced herself with her hands and appeared to wear a pair of red feather angel wings on her back.

In the caption, she wrote: “Head over to my fan page. So much hot new content that you do not want to miss out on! Sign up sale on now, for a limited time only! Link in bio to join,” with heart and flame emojis.

Fans were left stunned and couldn’t contain themselves in the comments.

Followers gushed over the glamour model and one wrote: “Would love to do a photoshoot with you.”

More fans fawned over the OnlyFans star and one told her she was “on fire,” another said she was “looking sexy” and one simply let Pricey know that she was “killing it”.

More compliments flooded in that called her tattoos “lovely” while one branded her “smoking hot”.

Katie’s world was recently turned upside down after she lost her chihuahua puppy while on holiday in Dorset.

Her dog Captain was let off the lead as Katie and fiancé Carl Woods took some time out, but their peaceful getaway soon turned sour after they thought he had run away for good.

A source told The Sun that she was “in bits” at the thought of losing him or that he “might have been run over”.

However, she soon received a phone call to say that Captain had been found and the pair were reunited once more.