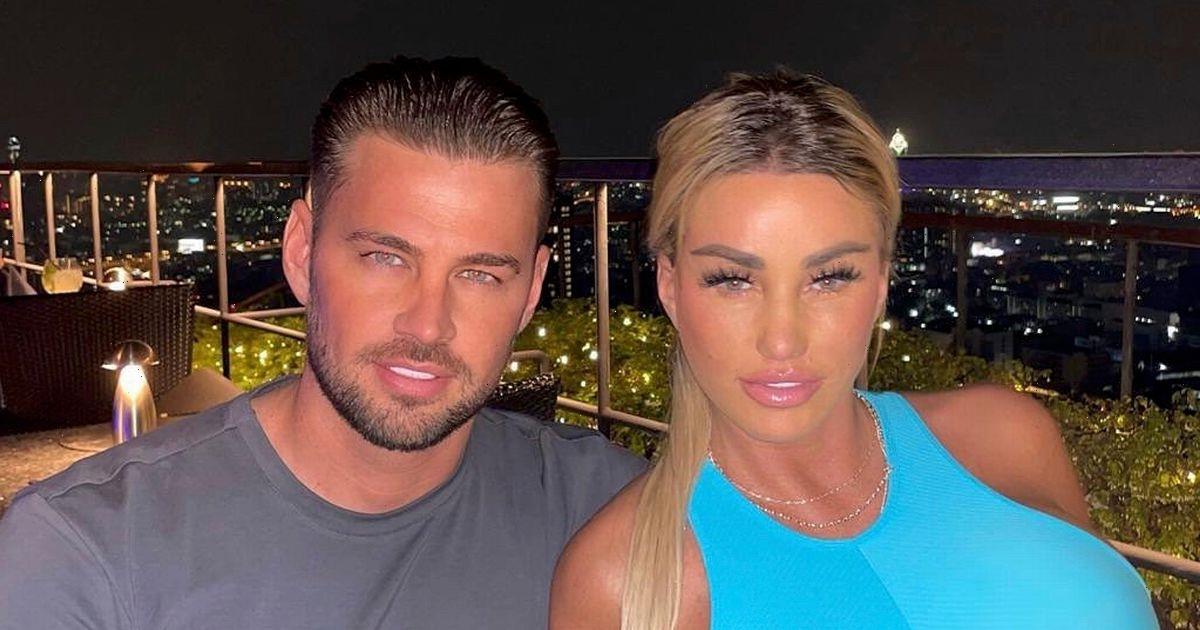 Katie Price has sparked rumours that she and financé Carl Woods are back together.

The 43-year-old glamour model has been spotted wearing her engagement ring in a new video shared on her Instagram Story.

In the clip posted on Sunday (March 27), she can be seen next to her teenage daughter Princess with the rock on her finger.

Katie and Carl are thought to have split up with Carl being named as the one who ended their romance.

The Sun has reported that Carl ended their romance after Katie asked ex Kris Boyson to meet her by messaging him using her daughter Princess' Instagram.

She was with personal trainer Kris from 2018 until 2019 and announced their engagement live on ITV daytime show Loose Women.

An insider has told the publication that the mother of five used the teenager's account to message him.

They said: "Katie was messaging Kris when she was telling everyone she was madly in love with Carl – he never replied to her though.

"In the messages Katie was flirting and asked Kris if he wanted to meet with her."

He reportedly ended his romance with the former model over the weekend.

The couple had been openly discussing their plans to get married this year and their hopes to add to the family by trying for a baby of their own to add to Katie's current brood.

Katie is already mum to Harvey with former footballer Dwight Yorke, Princess and Junior who she shares with ex-husband Peter Andre, and Bunny and Jett with ex Kieran Hayler.

He stands accused of using threatening, abusive or insulting words or behaviour.

While he did arrive at Colchester Magistrates Court hand in hand with Katie, he later posted a photo of him with his dog with the caption “this is what loyalty looks like."

Carl will now face trial at a later date after denying the charges.

Representatives for Katie, Kris and Carl have been approached for a comment.