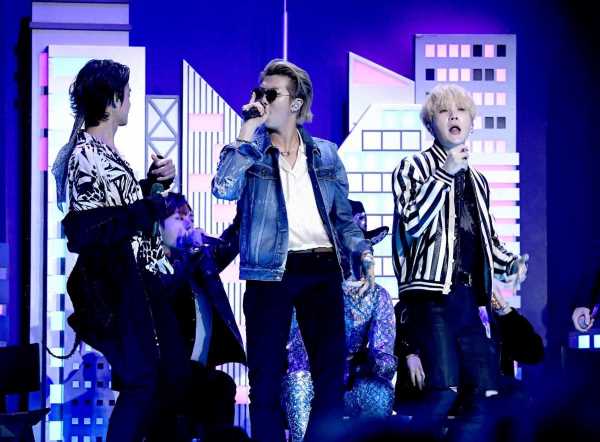 They’re one of the world’s biggest boy bands. It makes sense that Juice WRLD would collaborate with two BTS members.

Here’s what we know about the BTS World Soundtrack song, “All Night,” created primarily by RM and Suga.

BTS is known for songs like ‘Butter’ and ‘Dynamite,’ as well as ‘sub-unit’ tracks

BTS is the K-pop group behind songs like “Butter,” “Boy With Luv,” and “Permission to Dance.” They performed at the Grammy Awards, becoming the first K-pop group to earn a nomination. In 2019, the boy band even created their own video game, titled BTS World.

Aside from tracks performed as a septet, the BTS members release solo songs and even sub-unit songs in conjunction with BTS’ albums. For Map of the Soul: 7, that included the song “Friends,” performed by V and Jimin.

For the BTS World Soundtrack, these artists created three “sub-unit” songs, including “Dream Glow” and “A Brand New Day.” RM and Suga collaborated with the award-winning rapper Juice WRLD for the song “All Night.”

Some BTS members collaborated with Juice WRLD for ‘All Night’

For one song off of the 2019 album, RM and Suga teamed up with Juice WRLD, creating the track “All Night.” According to Elite Daily, some fans interpreted this inspiring song to be about RM and Suga achieving their dreams. The BTS members were equally as excited about its release.

“It’s finally out!! Please look forward to,” RM tweeted according to Twitter’s translation, along with a picture of himself listening to “All Night.” Of course, fans responded to this new song with open arms.

Since its debut, this track featuring Juice WRLD earned over 50 million Spotify plays. Other songs from the BTS World Soundtrack featured well-known artists like Charli XCX and Zara Larsson, in addition to “sub-units” from this K-pop group.

Years later, this K-pop group collaborated with the Grammy Award-winning rapper Megan the Stallion. Together, they released a “Butter” remix, causing the song to shoot to the No. 1 position on Billboard’s Hot 100 music chart — again.

Even before their Juice WRLD collaboration, BTS featured Nicki Minaj on a version of “Idol.” That song remains one of the K-pop group’s most popular tracks, currently holding over 140 million Spotify plays.

Fans continue to stream Juice WRLD’s music, with some of his top Spotify tracks including “All Girls Are the Same,” “Armed and Dangerous,” and “Lean Wit Me.”