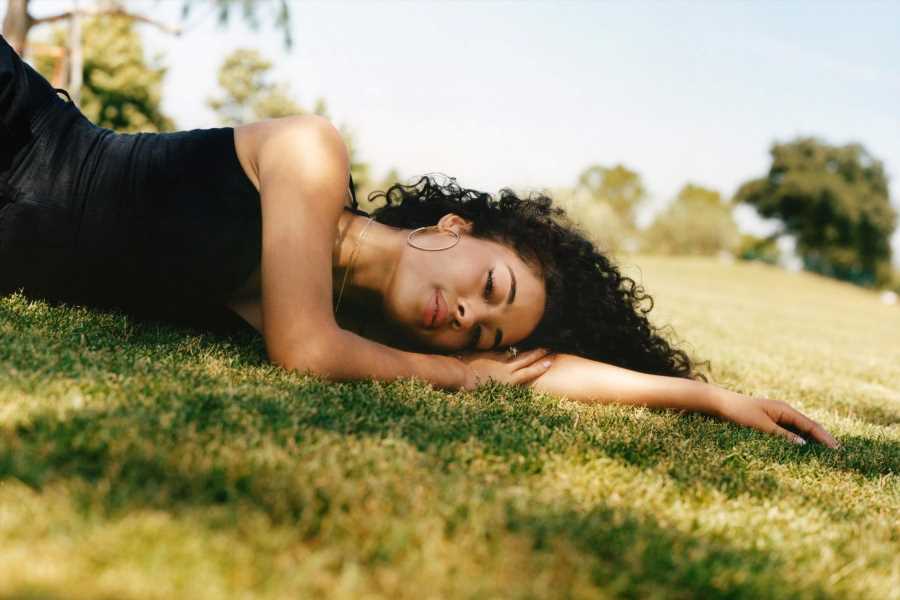 Joyce Wrice’s Overgrown resembles a fresh breath of air that we all needed to take in 2021. The Southern California singer’s debut album draws on the classic R&B of the late Nineties and early 2000s, showing the range that fans of the genre were accustomed to seeing from artists like Aaliyah, Brandy, and Mariah Carey, and combines that sound with modern songwriting and guest appearances from some of today’s rising artists. With the help of her A&R, Eddie Fourcell, and executive producer D’Mile, who is known for his previous work with Janet Jackson and Mary J, Blige, Wrice was able to craft an album that reflects her recent heartbreak and relationships, from the uplifting intro “Chandler,” to the feel-good dance record featuring Freddie Gibbs “On One,” to the prototypical hip-hop soul tune “Westside Gunn’s Interlude.”

How Shelley, Formerly Known as D.R.A.M., Found His True Voice

The United States of Weed

For Wrice, this album has been years in the making, and she’s jumped over countless hurdles of faith to trust in doing what she loves most. “Part of me did not believe that I could do it,” says Wrice, 26. “And a part of me just didn’t want to take the risk of failure, basically.”

Born in Chula Vista, California, with Japanese and African-American roots, Wrice spent most of her time attached to her mother’s hip. Her father, a Shreveport, Louisiana, native who was raised in Flint, Michigan, met her mother while stationed in Japan with the U.S. Navy. While he continued to travel due to his military service, Wrice and her mom made the San Diego area their home, drawn to the Buddhist community they found in Chula Vista.

Wrice is an only child, and outside of going to Japanese Saturday school and Buddhist meetings with her mom, she spent a lot of time by herself, which is how music got in the picture. “Music was my first love, my best friend,” she says. “My sibling that I never had.”

She spent her free time watching all the music videos she could, and was inspired by artists like Missy Elliot and Tamia; she dates her earliest childhood memory with music to listening to Notorious B.I.G. and 112’s “Only You” remix in the car with her dad. As a seven-year-old, she would sing along to classic R&B tracks by singers like Faith Evans as her cousin was practicing DJing. Later on, she briefly considered attending an arts school. By college, Wrice had decided to go on to a career of teaching special-needs kids, until she had a change of heart. “I grew up with parents who are like, ‘You should be a lawyer,’” she says. “[They felt] singing and entertainment is just a hobby.”

After high school, Wrice continued recording R&B and hip-hop covers in college while her friend played the ukulele. Her college classmates began to recognize her from her YouTube covers, and encouraged her to pursue a career in music, eventually leading Wrice to move to Los Angeles. “When I graduated, I decided being an educator will always be there, go after music, move to L.A.,” says Wrice. “You’re 21. Just see what could happen.”

Once in L.A., Wrice worked odd jobs, used social media to leverage herself as an artist, and met the right people to grow her career. In 2016, she put out an EP in 2016 entitled Stay Around, working with fellow singer-songwriter Sir and producer Mndsgn. The project included her breakout single, “Do You Love Me,” which birthed the sound she had been searching for. “When [Mndsgn] sent me his beats, that’s when I was like, ‘Wow, this is the kind of music I want to make,’” she says. “These are the types of beats that I want to be on. It really opened up my voice and the direction I wanted to go.”

This all led up to her recording Overgrown, a two-year process of writing and re-writing tracks, and using sessions to capture the essence of her inspirations and adding her own experiences. “I want people to hear my debut album and really know who I am, what I like, and what I come from,” says Wrice. “I feel like the bar is set pretty high, and I’m very proud of this album.”