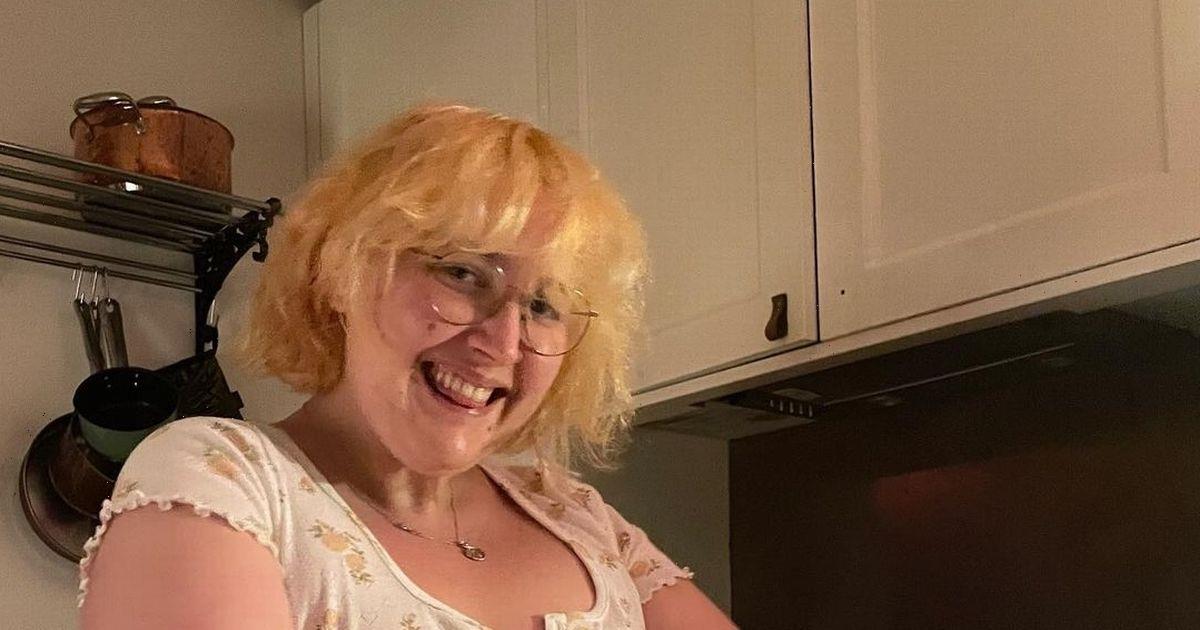 The daughter of TV icon Jonathan Ross flaunted her enviable curves in a midriff-baring set of teeny pyjamas as she got stuck into some baking in the kitchen.

In a button-up crop top dotted with yellow flowers and a pair of matching shorts, Honey let glaze ooze from her basting brush as she held it aloft above the Babka she was baking.

The star showed off her brand new bold haircut as she teased fans with the tummy-baring snap, with her bright orange tresses teased into artful waves as she leaned against the counter.

The fiery redhead captioned the sultry snap: "POV: It’s been a long hard day and so me, a wholesome Jewish woman, is making you a freshly baked Babka."

In a series of snaps posted on Instagram, plus-size activist and author Honey could be seen adding the glaze to her bake as she beamed for the camera, wearing her trademark round glasses.

A silver pendant necklace completed the homey look, and a recipe card could be seen balanced on the counter beside her.

Plenty of Honey’s followers rushed to the comments section to shower her with love, with one commenting: "CUTEEEE AF."

"Omg I love you!" someone else chimed in, as a third fan eagerly posted: "Again, my world is brightened. Now I am hungry…"

Someone else said: "Both of you look delicious!"

"I want to hug you and eat the babka! You, and it, look glorious!" another social media user scribbled.

Honey sent social media into a frenzy after ditching her long locks for a shorter 'do, showing off her bright orange hair transformation for her legion of loyal social media followers.

Honey had her hair trimmed well above her shoulders and dyed a vibrant orange with blonde highlights, turned up at the tips.

Her latest jaw-dropping photoshoot comes just days after Honey risked a wardrobe malfunction in a revealing summer frock, which left her collarbone and cleavage on display.

The star was travelling in a car with her seatbelt cinched across her neck as she pouted for the camera.

And her colourful frock plunged low enough to risk exposing her assets.

"You are heavenly!" another adoring follower posted.