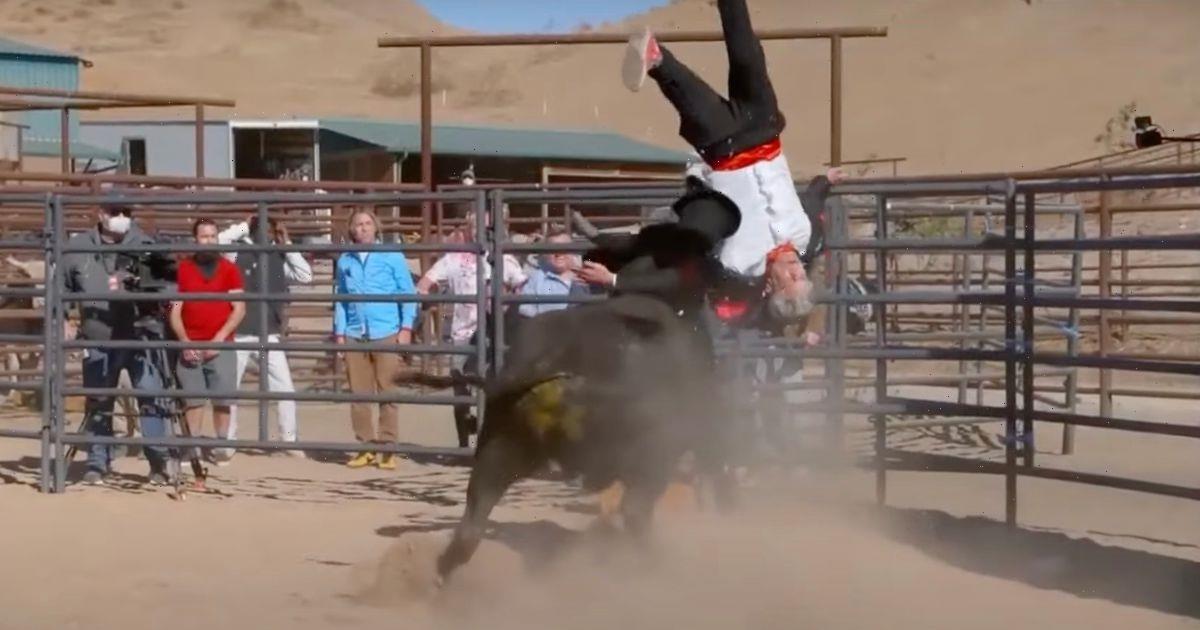 Fans of "don't try this at home" stunts were thrilled by the recent return of Johnny Knoxville, Steve-O and the gang in the highly-anticipated Jackass Forever.

Johnny and co should have taken more notice of their own advice at times though, with the star ending up in agony and with long-term health effects after their stunts went wrong, or slightly further than planned.

Packed with stomach churning and crude slapstick, the new film was full of laughs and alarming stunts.

It also showed just how strong the friendships are between the Jackass crew.

With Hollywood star Johnny Knoxville turning 51 today (March 11), Daily Star is taking a look back at some of his most brutal stunts.

In 2007, Johnny tried to perform a backflip on a motorcycle when the bike flew into the air and landed on his crotch. Ouch!

The subsequent injury to his penis meant he had to use a catheter for three-and-a-half years.

Johnny later told Variety: “The doctor said a couple of centimetres down and it would’ve been out of commission.

"But I’ve had two children since then, so it’s in great working order. That’s too much information.”

There was no sign of Johnny slowing down in Jackass Forever, even though he conceded that the film marked his last attempt at big stunts.

That's probably for the best, as a run-in with a bull left Johnny with a head injury.

He received a concussion, as well as a broken wrist and some broken ribs, that resulted in brain damage, months of recovery and antidepressants.

“I was trying to do a magic trick in a bull ring,” said Johnny. “I wanted to prank an animal, and that’s what we came up with."

Out of all his stunts, this was Johnny's most death-defying.

When attempting to launch himself into the atmosphere clinging to the back of a “big red rocket”, the whole contraption misfired, shooting shrapnel just past his torso.

Of course, he got back on the rocket and did it again, this time successfully, leading to an incredible scene for Jackass 2.

His mishap in Jackass Forever wasn't Johnny's first run-in with a bull.

An earlier stunt involved a game of four-way teeter totter where the object was to stay out of the reach of a charging bull — where every time your totter partner jumps up he lowers you down into the bull’s crosshairs.

Johnny was the last guy on the totter, and he refused to leave even after the bull begas demolishing the device.

He only just escaped being gored.

How do they think up this stuff?

This one did what it says on the tin, as Johnny and pals entered a ball pit with two huge anacondas in there.

Johnny was bitten, and later revealed: "I had electric tape around my wrists because I didn’t want the snake to bite through my arteries.

"Then after we shot, the guy was like, 'One of these snakes took someone's calf muscle the other day.' Thanks for telling me afterwards."