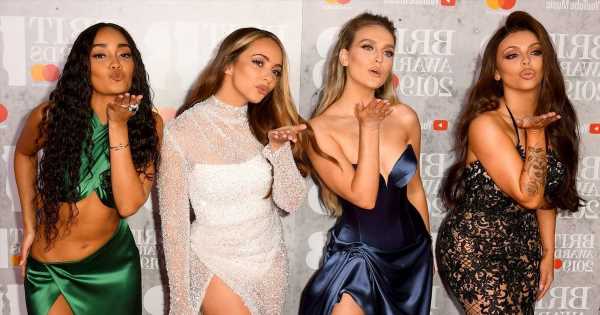 Jesy Nelson has revealed that she hasn't had contact with fellow bandmates Jade Thirlwall, Perrie Edwards, or Leigh-Anne Pinnock since exiting the band last December.

30-year-old Jesy quit the band in December after struggling with the pressures of being compared to the other three girls in the group.

Jesy has opened up in a candid interview with The Guardian, explaining the situation and revealing some unknown details about the relationship between herself and the other three girls.

She reckons that Perrie and Leigh-Anne, who are both currently pregnant, will go off to look after their babies before the three girls all do their own thing.

Jesy also predicts that they will then reunite to make a comeback together but didn't hint that she would be a part of that.

The singer, who is starting a solo career of her own, also revealed that the decision for her to leave the girl group was made by all four of them.

Jesy's internal struggles came to a head after she started suffering panic attacks after filming the music video for Sweet Melody.

She explained: "I did the music video and had a panic attack, and it was pretty mental that day. God, I haven’t really spoken about it and I’m getting upset. Sorry.

She told the publication that after the video she got into a "really dark place" and ended up being hospitalised, and this was when her mum put a stop to things.

She continued: "I had already decided. Then the girls spoke to Mum and said, 'We think Jesy should come out of this now. She has to look after herself.'

"I know there are people who think I’ve let the other girls down, and that I’m so selfish, but I do think there comes a time in life when you do have to be selfish and look after yourself, and it was really affecting me mentally."

She also opened up about how she is in a happier place now.

Jesy revealed: "I feel really bad saying this, but in lockdown it was the happiest I’ve ever been. I was isolating with my best friend, and we just pissed around and laughed every day. I’d not felt a true inner happiness like that for a very long time."

This comes as Jesy recently sent her fans wild with a sizzling snap of herself in a bikini teasing her first single as a solo artist.

The former Little Mix singer has been hard at work for months on creating her new solo album after leaving the chart-topping girl group.

Little Mix marked their 10th anniversary as a group on August 19, by announcing new album – Between Us, which is set to be a collection of some of the girls' greatest hits and exciting new material.

"We are so excited about this album. It includes all our hits, as well as some brand new songs we can't wait for you to hear," they said, alongside the album artwork reveal.

"We can't thank you all enough for your support over the last ten years… this album is for each and every one of you who's listened to our music, bought an album or sung your heart out at one of our shows. We wouldn't be here releasing this album if it wasn't for you".

This could collide with the release date of Jesy’s first single as a solo artist.