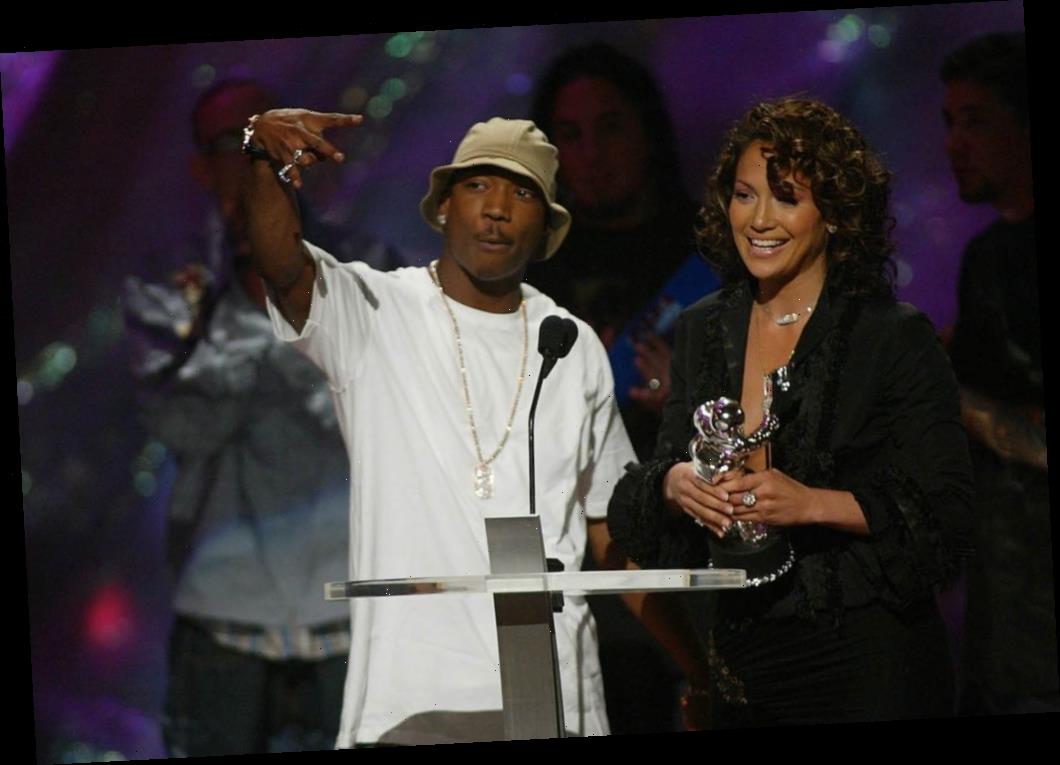 Throughout her career, Jennifer Lopez has worked with some of the hottest rappers, resulting in megahits for her. One of the rappers Lopez has the most collaborations with is Ja Rule, who was an artist signed to Irv Gotti’s record label. Lopez and Gotti formed their own friendship but it was tainted when Gotti spilled Lopez’s personal business.

Lopez met Gotti through working with rapper Ja Rule, who was signed to Gotti’s label. Lopez and Rule did a number of collaborations in the early 2000s. Gotti and Lopez had a cordial working relationship as well, but it soured when Gotti spoke about Lopez’s relationship with Diddy on a public platform.

When speaking with The Hip Hop Wolf on Instagram, Gotti revealed that Lopez gave him a heads up that she’d be doing a feature with Elle Magazine and the reporter may contact him for a few quotes. Gotti admitted that he was contacted but was filled with anger and high on drugs and alcohol.

Related: Jennifer Lopez Used to Be in Love with This Hip-Hop Mogul

“He [the reporter] said to me, ‘Diddy and J. Lo are in a relationship. Is “I’m Real” about Diddy? J. Lo says it’s not about Diddy,’” Gotti said of his conversation with the reporter. Instead of denying it, Gotti says he confirmed it.

“‘The b**ch is lying,’ Gotti said he said of Lopez. “It doesn’t sound over the top hard but read that s**t in print.”

Gotti explained that Lopez was hurt by his comment and though he tried to explain his circumstances, she was not accepting such. “This is my good friend so if J. Lo never f**ks with me again, I gotta eat that…I feel so stupid now because she told me that I was in the circle of trust.”

A recap of Jennifer Lopez and Diddy’s relationship

Lopez and Diddy began dating around the time Lopez released her debut album in the summer of 1999. Lopez recently settled her divorce from her first husband, chef Ojani Noa.

“A friend called my cell phone,” Porter told ESSENCE in 2007. “Then a few weeks later, the press hit. “Everywhere I went, people were asking, `Are you okay?’ I just hated that. People just believed everything they saw in print, and they were talking to me like I was really crushed. But I had just had a baby. I couldn’t be somewhere in a corner heartbroken. I have kids. I’m a grown woman.”

Related: Fat Joe And Ashanti’s Collaboration Was Originally Supposed To Have Jennifer Lopez Featured Instead

Porter ended the relationship with Diddy when she discovered he’d been seeing Lopez and the two battled it out in court over child support for their son, Christian. Diddy denied that he was with Porter when he began dating Lopez but later admitted such.

Despite the mess, Lopez and Diddy were Hollywood’s “it” couple of their time. The public loved them and rumors spread that their romance was filled with good times but horrible arguments. Sources also alleged that Diddy continued on in a bachelor lifestyle with his partying ways and eyes for other women.

Things began to fizzle when Diddy and Lopez found themselves in legal trouble following a shooting at an NYC nightclub in December 1999. Within a year, the couple split and Porter was by Diddy’s side supporting him in court.