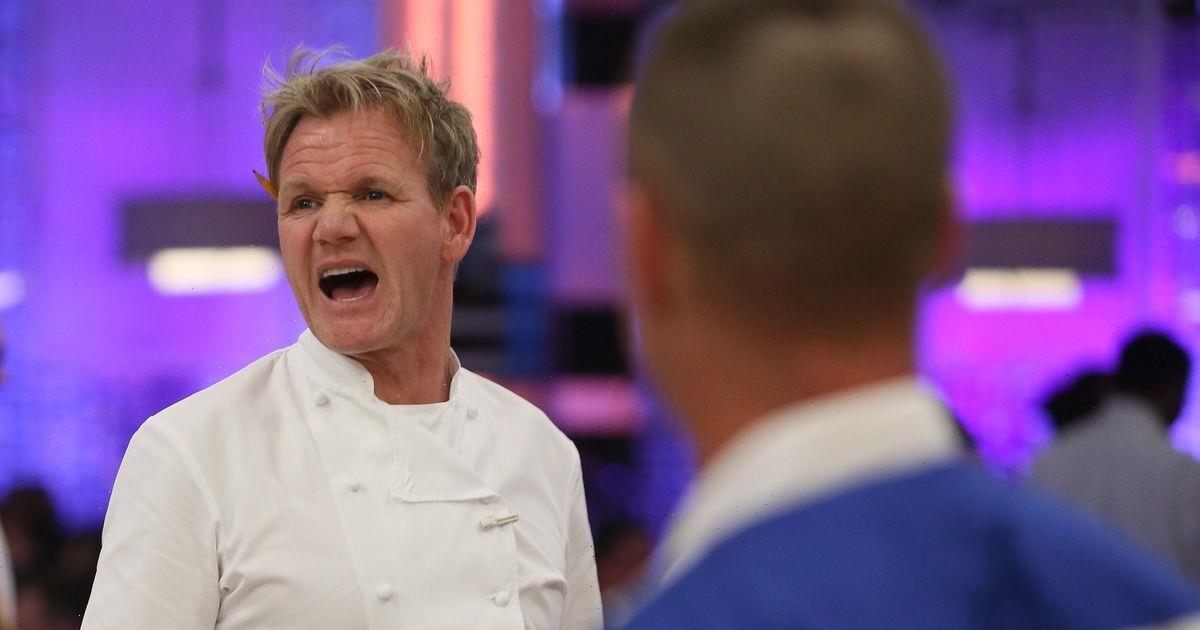 Take one chef known for their fiery temper and mix it with another cook who enjoys sweary outbursts and you've all the ingredients to start a sizzling kitchen feud to last decades.

But this week the beef between Gordon Ramsay and Marco Pierre White looks to finally be simmering.

A teary-eyed Ramsay shared a photo on Instagram of Marco holding a Street Burger takeaway bag, saying: “So good when the Great White pops in for a burger."

But just what pushed the warring chefs to boiling point?

It all started when a fresh-faced Gordon landed a job as Marco's apprentice in his posh Harveys Restaurant in London at the age of 20.

Marco, who in 1994 was the youngest chef to to be awarded three Michelin stars, said: "I don’t recall what he’d done wrong but I yelled at him and he lost it.

“Gordon crouched down in the corner of the kitchen, buried his head in his hands and started sobbing.”

And this was just the start of what was to become one of showbiz's biggest fallouts.

Before long, the chefs were at each other's throats again.

In another incident at Harveys restaurant, Gordon pushed Marco out of the way of a steamer, causing Marco to elbow Gordon, who then dropped his red mullet dish on the floor.

In an interview with Mail Online, Gordon said Marco responded by saying one of the worst things that has ever been said to him.

Their hate for one another became so bad that they even refused to be in the same room.

In his 2006 Memoir, Marco said he and Gordon found themselves dining at Heston Blumenthal's famous Fat Duck restaurant at the same time.

Things heated up when Marco told Heston to ask Gordon to leave, with Heston advising Gordon to have a word with Marco about the situation.

After telling Marco that he had ruined his day, Gordon had the last word by saying to his former mentor, "You fat b******. I've always wanted to call you that."

The feud ramped up even further when Ramsay turned up to Marco's 2006 wedding and filmed the ceremony behind the bushes for one of his TV shows, with Marco calling it "the straw that broke the camel's back".

Marco added: "Six months later, I watched his TV show and there he was, winking at the camera at my wedding.

“If he'd asked me if he could film some of it to help his show and career, then I would have let him.”

Despite their ongoing feud Ramsay still managed to have some kind words to say about his rival when he appeared on the Jonathan Ross show describing Marco as a "father figure in the kitchen" who was "an amazing guy to work with".

And he continued his praise for Marco – attributing much of his success to him – in New Yorker Magazine, saying “Lightness, delicacy, finesse, balance—I wouldn’t be where I am now if it weren’t for Marco”.

And Marco obviously taught Gordon well, because he too went on to open up a string of his own restaurants and star in his very own TV shows including Hell's Kitchen and Gordon Ramsay's Kitchen Nightmares, gaining notoriety for his foul-mouthed outbursts.