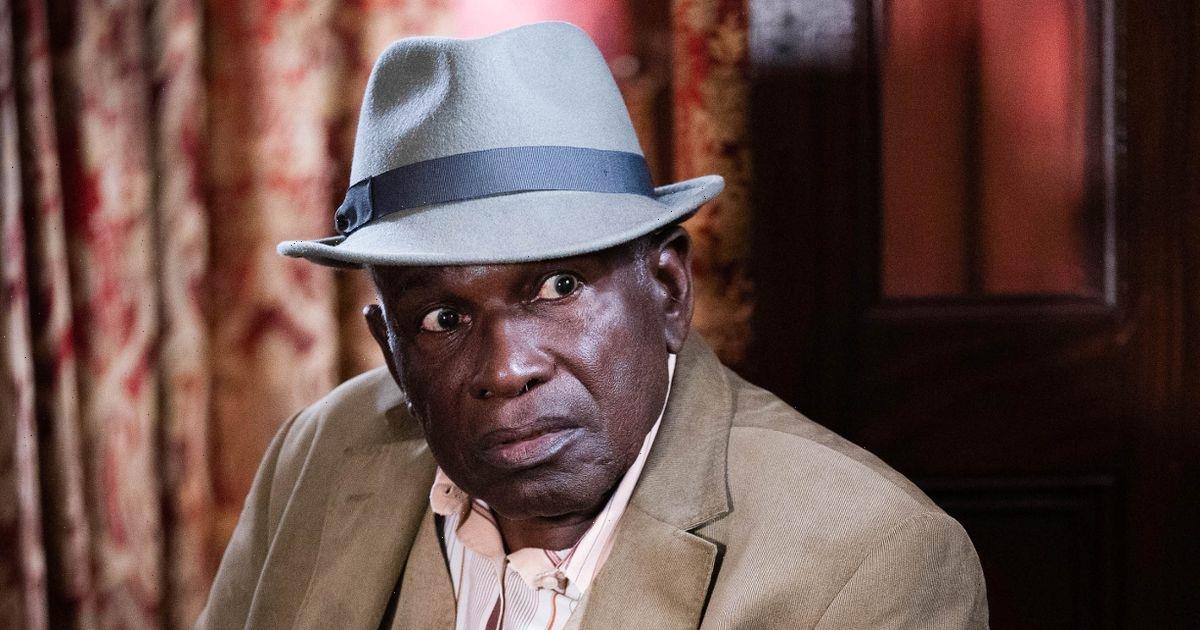 Rudolph Walker has starred in the BBC One soap EastEnders as the beloved Patrick Trueman since 2001 and is a firm favourite among viewers.

With three marriages, a lead role in a very controversial programme and 20 years on Albert Square – there plenty about the actor that you probably didn't know.

At 81 years old, Rudolph is a soap legend and has even been awarded a CBE for his services to drama.

Away from the BBC One soap, the TV star has had a glowing career, so Daily Star has taken a look back at what his life is like away from Albert Square.

Rudolph Walker was born on September 28 1939 in San Juan, Trinidad and Tobago.

He began acting at just eight years old when he was in primary school, and even joined Derek Walcott's Trinidad Theatre Workshop as its youngest member.

At the age of 20 in 1960, Rudolph left Trinidad with the hopes of furthering his acting career, and had planned to make the move to the United States of America.

He had connections in the US, but actor and friend Errol John, who had already migrated to Britain but was in Trinidad doing a play when he convinced him to go to the UK.

Once arriving in the UK, he became one of the first black actors to appear regularly on television.

Rudolph's earliest television role was as a policeman in The Wednesday Play, in the episode named Fable which aired in 1965.

He is well-known however for his comedic acting in Love Thy Neighbour and The Thin Blue Line, which starred Rowan Atkinson,

Rudolph has always been proud of his role on the controversial programme, Love Thy Neighbour, which ran for seven series, from 1972 to 1976.

He has also tried his hand at stage acting too, he appeared in the first production of Mustapha Matura's Play Mas at the Royal Court Theatre in 1974, and has acted in stage productions of Shakespeare's Othello and The Tempest.

Writing for The Guardian in 2001, ahead of his first appearance in EastEnders as Patrick Trueman, Rudolph addressed the controversial show he appeared in – Love Thy Neighbor.

He said: "Before EastEnders, most people only knew me for Love They Neighbour, and they still ask me how I could have been in such a racist show,"

"I would never knock that show," he said. "And I would like to think that youngsters wouldn't criticise.

"I never forget I am where I am today because of actors in the 1930s, rolling their eyes and saying 'Yes Mamma, no Mamma.'

"I would like to think that what I have done through everything, through every role in my career, is just pass the baton."

In EastEnders, Rudolph reprises the roll of Patrick Neville Loftus Alfonso Trueman, a Trinidadian-born immigrant and a long-standing resident of Albert Square.

Early on during his time on the square, Patrick became close friends with Dot Branning's husband Jim, who helped Patrick 'woo' Yolande Duke with love letters.

Yolande and Patrick then bought and ran the Minute Mart together.

Patrick is the father figure of sisters Denise and Kim Fox – to whom he believed he was blood-related too, but this turned out to be untrue after he took a DNA test.

Patrick sees Denise and her sister Kim as the daughter he never had and acts as grandfather to their children.

In the soap currently, Patrick is the husband of Sheree Trueman and the father of Paul, Anthony and Isaac.

Life away from EastEnders

Although a prolific television actor, Rudolph has starred in films like 10 Rillington Place, King Ralph and Let Him Have It.

Not only has he starred on TV and in film, Rudolph has also lent his voice to the British children's television series the Teletubbies, in which he narrated the opening and closing sequences for the American dubbed version.

He was also the voice of the trumpets for both UK and US audiences for the Teletubbies.

Family life and giving back to the community

Rudolph was married to Lorna Ross in 1968, but they divorced after having two children.

Dounne is a businesswoman who has a health food range called Gramma’s. She is also very passionate about natural health.

In 2016 Rudolph and Dounne sadly split, but he is now happily married to Evangeline Vincent.

At the age of 70 he decided to give back to the community.

He created The Rudolph Walker Foundation which helps disadvantaged youth to get a career in the arts.

We don't think it's possible to love him anymore than we already do!

EastEnders continues Friday on BBC One at 8.35pm